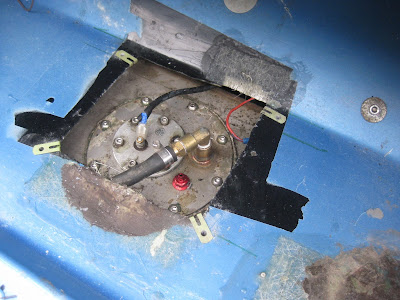 When I removed the carpet from the boot I found an enormous hole with the gubbins of the fuel tank poking through, so I tidied up the wiring so it all passed through a grommet & then stared at the hole. I remembered my ol' mate Chris Chapman (two mentions in a week Chris!) who had a similar problem with the Stylus he built more years ago than I care to remember. His rather neat solution to creating a bulged access panel was to cover the gubbins in something with some thickness (I used a folded rag), tape over the hole with duct tape, then fibreglass over that. Hey Chris - it still works! It doesn't look terribly neat, but it's under the carpet so protecting the tank gubbins from the toolbox jumping about in the boot is the main priority 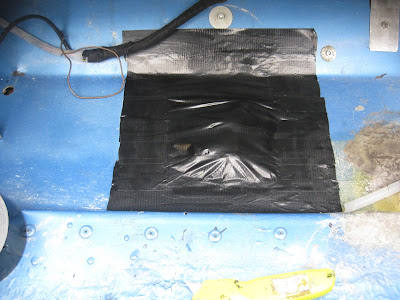 Here's the hole padded & taped over. 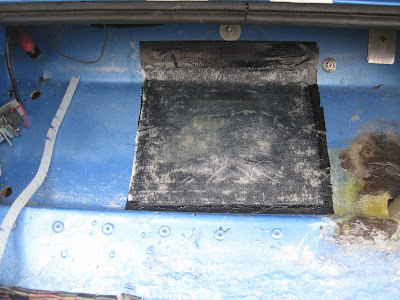 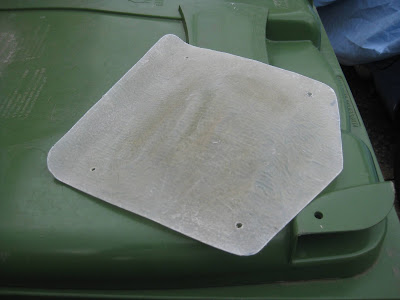 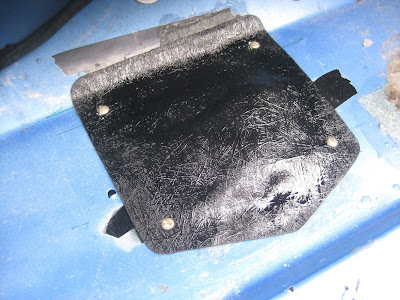 Painted & fitted.
After that (& polishing the Q's bonnet some more) I looked at the bonnet hinges because the bonnet was wobbly. What I found was the "hinge pins" were actually the plastic tyrap(ish) things used to hold a rad fan on. Kit cars eh? (sigh) 😁 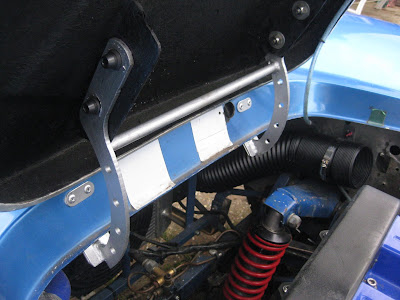 So, I took the whole hinge frame & bonnet off, drilled some holes in it - because some things just HAVE to be done - painted it silver as it was starting to rust as the powder coat peeled off & reassembled it with titanium bolts as the hinge pins.
It's not as wobbly now.