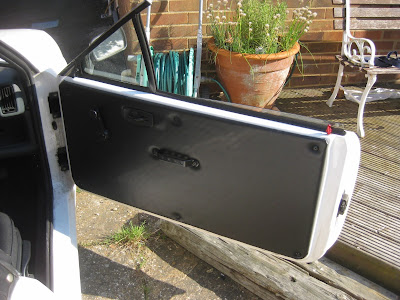 It's been a busy week, the plan had been to get the Quantum on the rolling road & get it up for sale, so to that end I made & fitted two new door cards - which while they could not be described as "of professional standard" are better than what was there before, I also did other tiddivating, taxed it & drove it to Tescos for fuel. This was a stressful thing, but not as stressful as what was coming.

I did a lot of checking prior to the rolling road, I mended a slight leak in the exhaust, I checked it for oil leaks (they do NOT like oil on the rollers), water leaks, over heating - all fine.

I arrived at Surrey Rolling Road - it's in Hampshire, but only just - 5 mins early & the car was reversed into the sound-proof booth. After a chat with Chris & strapping the car down I went to sit on the comfy sofa, but after a few minutes the door opened & a rather sheepish looking Chris said the throttle pedal had broken when he tried to calibrate the Throttle Position Sensor. I went to look & the fitting I'd made to hold the cable outer had broken allowing it to fall into the car. I have to say I flew into a bit of a panic, more so when I realised I'd not bought the car tool kit.

But with Chris' help & suggestions, we cobbled together something that worked & I went back to the sofa.

It didn't last. After a few minutes Chris re-appeared saying the ECU was permanently on - looks like I'd wired it incorrectly, so to turn it off for the calibration I disconnected the battery, reconnected it & went back to the sofa. Shortly after that Chris re-appeared again saying the car wouldn't start The starter had got too hot (it's right next to the exhaust), so that was game over (sigh).

On the upside the car was MUCH nicer to drive on the way home. 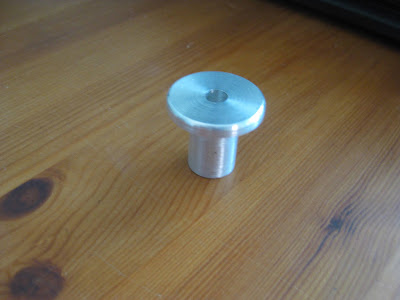 So today I have been to my Brother's & turned up a top hat fitting in aluminium (actually the Stylus' enormous gear knob) to replace the plastic one that broke. I've also ordered some heat wrap to cover both the exhaust & the starter & tomorrow I'll look into the electrical gremlin & one or two other things that emerged from actually driving the car.

So the Quantum continues to be something of a problem child. 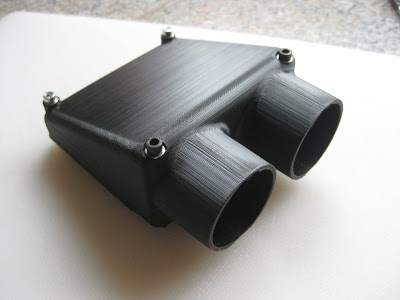 In the spaces between all the above, I've also done a few jobs on the Stylus. I finished & re-fitted the passenger door, investigated what can be done with the foot well panels, & printed a plenum for the heater unit ready for the ducting.
Posted by BlatterBeast at 18:11