I'm not a fan of a lot of chrome trim on cars, but a little can be good. Last time I went to Stoneliegh I bought a little chrome trim to fit around the headlamp covers as a finishing touch. As soon as I got home I realised I'd bought 1/2 as much as I needed, so it's lay forlornly in a heap with other rejected car parts. Then I went to Wheels Day & saw an E-Type with the chrome work round the lights & my curiosity was once again piqued. 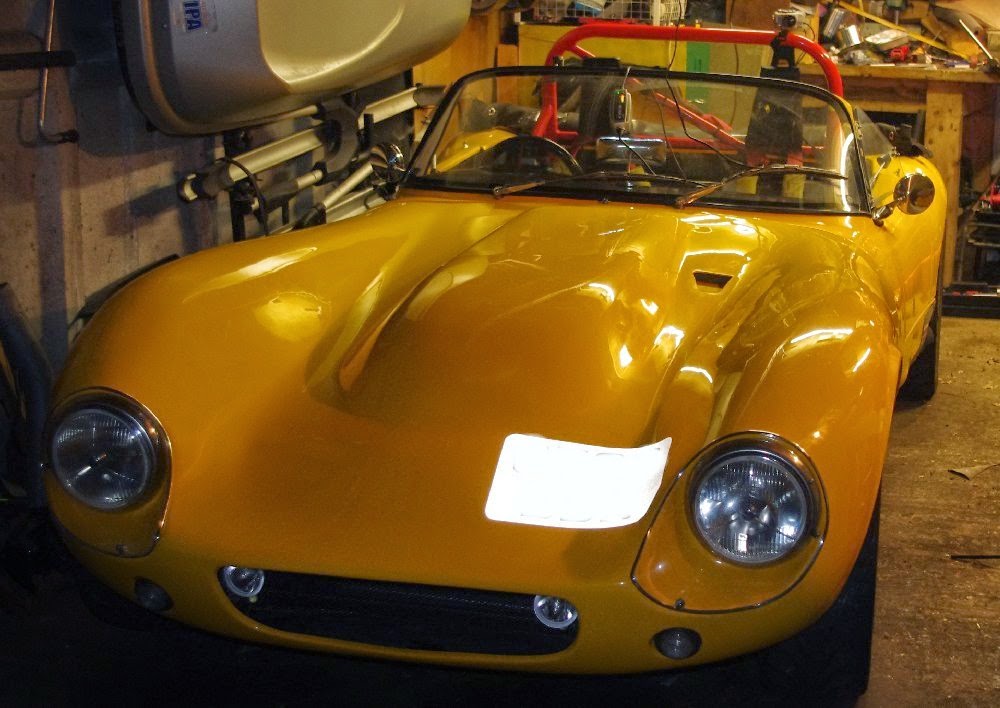 Having tested the trim out on one cover, I was so impressed by the look that I ordered another 3 metres - which arrived today - thanks CBS. First job was to trim the covers a little to match the recess in the bonnet, then just stick the u-channel over the edge. For such a simple thing the effect was dramatic, a real "finishing touch" (yes - I know it's now a five year old car). The join doesn't show because I cut some sticky-back aluminium tape & stuck it over the join to hold it together. It's also on the straightest part of the edge so the ends are less inclined to peel off. 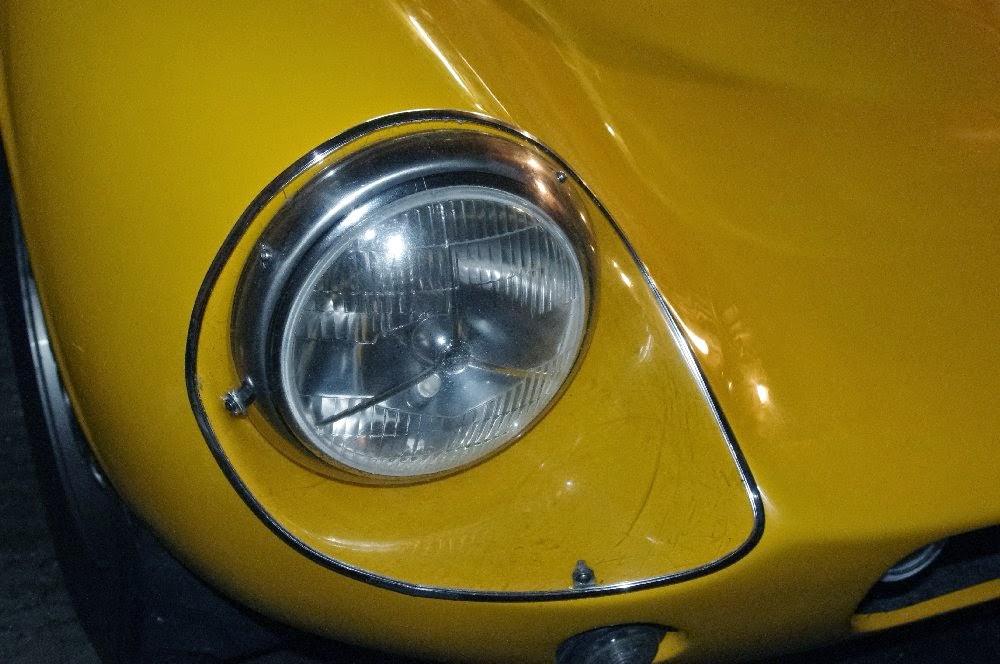 Also among the jobs was replacing the 4th mounting. this is a "stick bracket" the one at the lower forward edge. The first bonnet had one, but I'd never been brave enough to cut into the second bonnet to replace it. Anyway I have now. A cutting disc in the Dremmel cut a slot, I pushed a strip of aluminium (drilled to help adhesion) into the slot, then dribbled some gel coat / resin / hardener mix into the gap to bond it all in place. 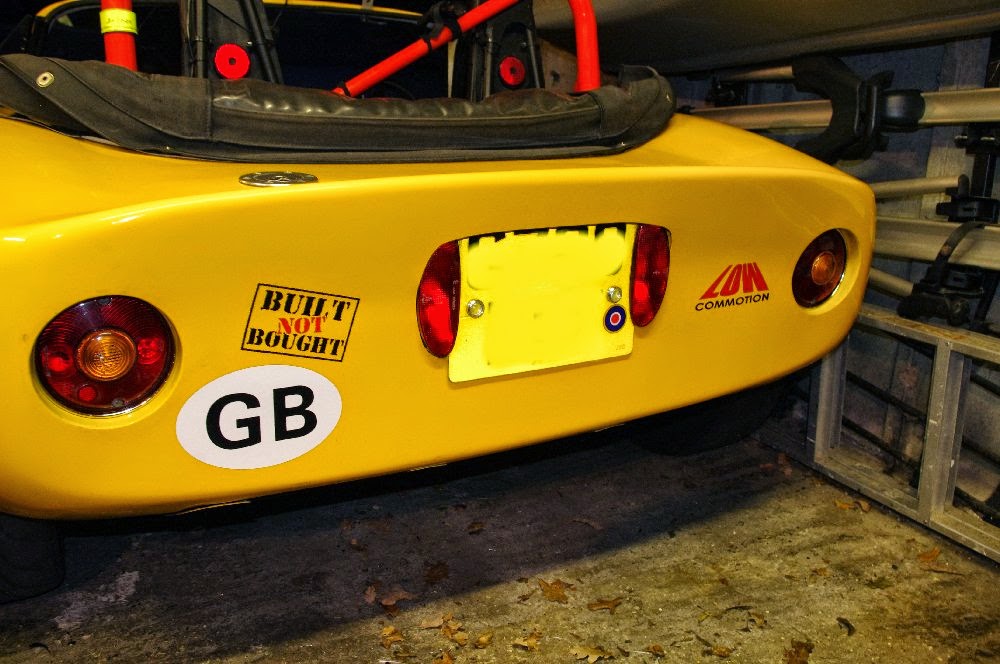 By now I was feeling the love, so looking round for something else to do, I realised that all the chrome was at the front of the car, so I re-cut the old trim off the front to fit exactly in the recess the tail lights fit in, there is also a sort of "lip" round the tail lights, & the chrome strip sits nicely in it. It's not at all shoutey, just provides another finishing touch - niiice. 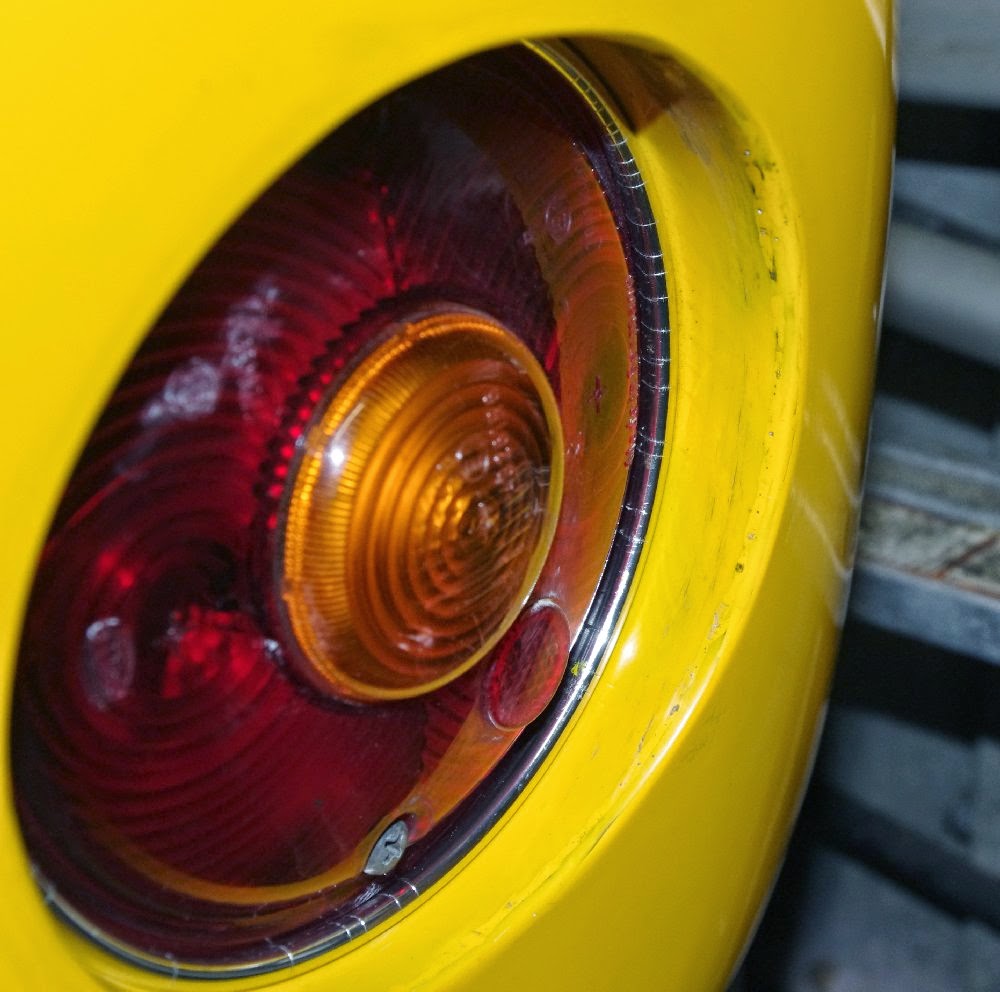 The trim itself is a little wrinkled, I think it's just got a bit old, I'll replace it with strips of the new stuff tomorrow.
Posted by BlatterBeast at 22:04 No comments:

There are racing car shows, there are custom car shows, there are kit car shows. Wheels Day is run by the Surrey Street Rodders & welcomes ANYTHING interesting that runs on wheels. There's no pre booking, you just roll in & park up. It's £5 on the gate & the money goes to charity. As you'd expect it's mostly hot rods & customs, but there are many many classic cars, ex military vehicles, American cars, motorcycles etc.

This was the 40th anniversary & about the 6th or 7th venue as it's outgrown everywhere it's been. There were at least 1000 cars in the display area, with a few hundred worthy of interest in the "ordinary" car park. There's 100 photos on my photo bucket account here:-
http://s1276.photobucket.com/user/Fury1630/slideshow/Wheels%20Day%202014

Posted by BlatterBeast at 12:40 No comments: 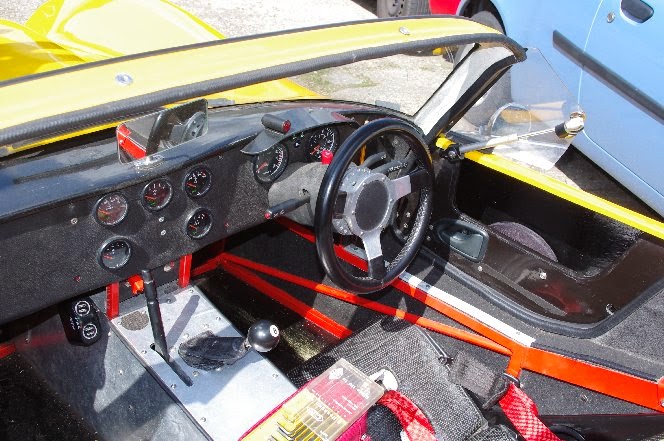 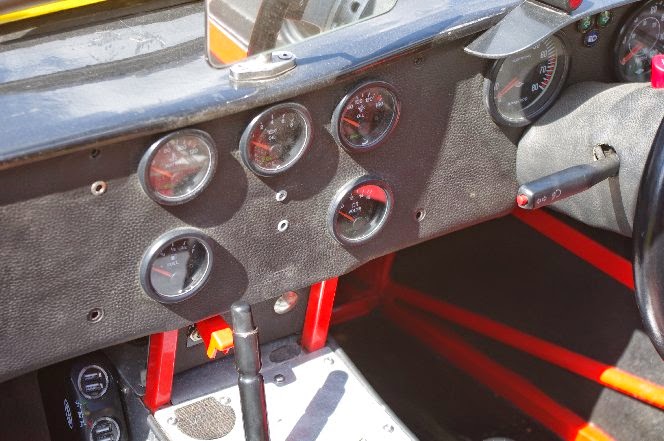 The Fury’s been used for work a few days this week, so I thought I’d do a few of the jobs that have needed doing for a while.
First the charger socket. You can see the old one down in the passenger footwell. It worked perfectly well – no problem at all, but that's no reason to leave well alone.
There were a couple of riv-nuts on the dash left over from when the old video recorder was mounted there. They weren't even in line & looked unsightly. The gap between the clocks originally had the warning lights in, long since moved to a more prominent position between the main clocks.
Coincidentally we had another charger mounted in a “cup” to fit in a cup-holder. It has two lighter sockets & two USB sockets & it occurred to me that I could cut a round hole in the dash, cutting out the riv-nuts & mount the socket there. 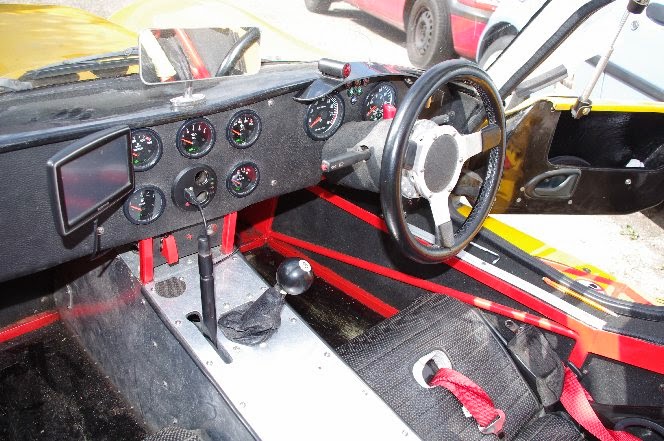 So I did. But before I did - I was a bit bothered that the battery condition lights would be distracting at night, so I bought a very small momentary switch & wired it up, so it now has a "press to test" button rather than being on all the time.


It looks much neater, solves a problem & is lighter. I even managed to run the wiring through an existing connector behind the dash.
I then fitted the long curly cable from the cup-holder socket to the old one, put the Velcro “mount” on the dash of the tintop & that all works too. 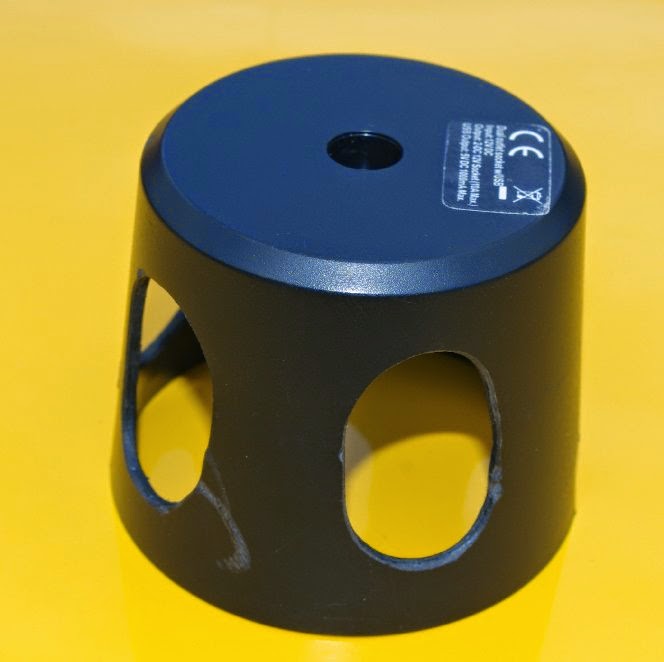 But it takes a special type of dedication to cut lightening holes in a plastic part:-
The dash is quite neat now, it used to be a tangle of USB leads, but with the consigning of the video recorder to the bin & mounting the socket in the dash, the only wire I need wraps round the back of the centre panel & plugs into the Sat-nav. If I want the second sat-Nav (running "Tripmaster" for the French rallye) I have enough sockets for that & to charge the phone too. 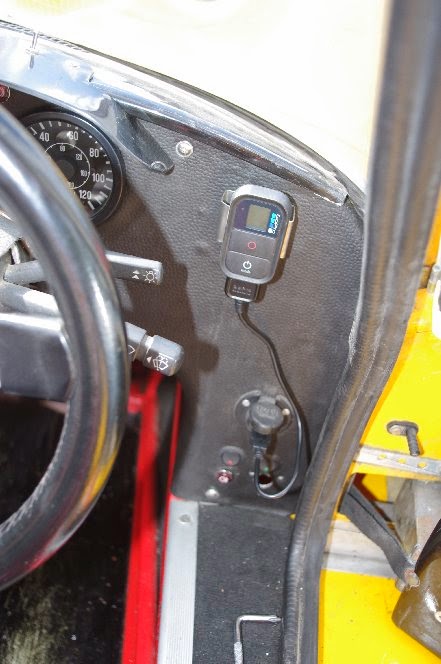 With the adoption of the GoPro & it's remote, I made up a spring bracket to hold the remote, fitted it to the dash & that now plugs into the original socket, the other side of the steering wheel, so it's on charge all the time. The GoPro itself & the old rear facing camera are powered by a socket behind the passenger seat.
In all the Fury now has four 12v sockets & two USBs, but I have USB adapters for the sockets, so there's a possible nine USBs with no 12v, or any combination. Sufficient I think.
I also took the top off the transmission tunnel in search of the source of a fumy smell, but the only hose in there looked fine. However I did find the speedo sensor loose & when I tried to tighten it back up the end came off!
I've re-fitted it for now, but I think a better solution is over-due.
Posted by BlatterBeast at 17:30 No comments: