No, not an Undertaker's price list & not a Panther in a blender either. 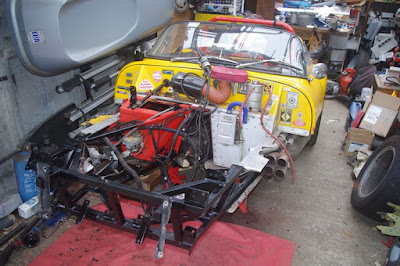 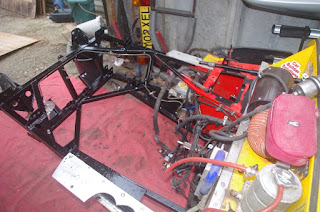 This weekend the chassis cleaning ended, the paint came out, the chassis changed colour, first to black when the anti-rust POR-15 went on in two coats, then red when the hammerite went on in another two coats.

Here it is mostly black, as are my hands still. POR-15 is funny stuff, as it's moisture activated so I came in from the garage with very sticky black hands, & the paint actually dried on my hands while I was washing them - odd. 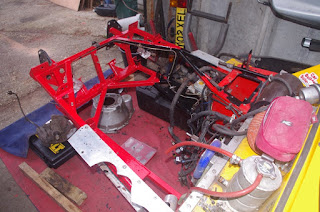 Then red. It's not as smooth as it looks, but I'm not a "polisher" I want it rust-free & all the same colour. Some of it is still black because I ran out of paint, so I'll be under it again tomorrow.
Posted by BlatterBeast at 18:04