Two of the rogues had to depart today, so after breakfast we bade them a fond farewell before setting off on a short route re-visiting some of the best corners from the past week. 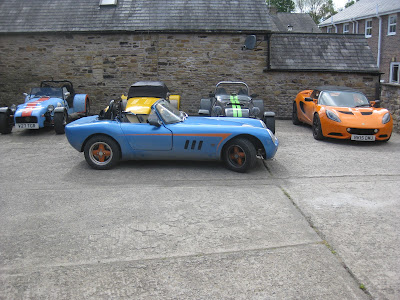 We headed out of town going north & turned left onto the Military Road, then south onto the lanes & at Lambley we began the first of many loops – this first one was something of a disappointment as the lanes were narrow & the surface was poor. There were just two of us in the lead group as we returned to Lambley then headed south on the A689 & then the A686 past Hartside, this is a fantastic road that we’ve driven in previous years, it was so good, that at Melmerby, we turned round & did it again in the other direction, just in time to see the rest of the group following a police car through the last of the bends! After that we returned to Alston, then roughly north east on an A road across the moors, so long straights punctuated by hairpin bends. 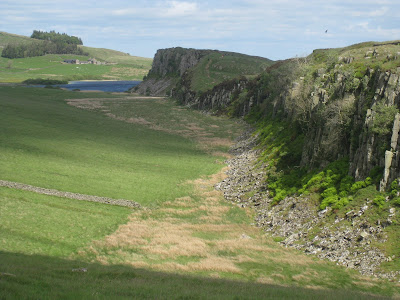 After Bearsbridge & it’s series of hairpins we stopped for a coffee, then some continued with the route, others went for lunch, then to see Hadrian’s Wall after which I traveled alone to Housteads to see more Roman Ruins.

When I returned to the hotel I found the airbox I'd made from some GRP resin & a pair of tights had split. I taped it up with duct tape, but I hadn't heard the last of this ........ 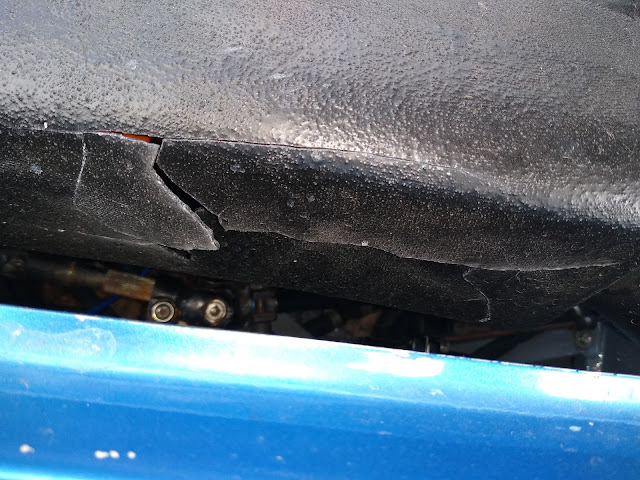