I have TWO kit cars on the road! 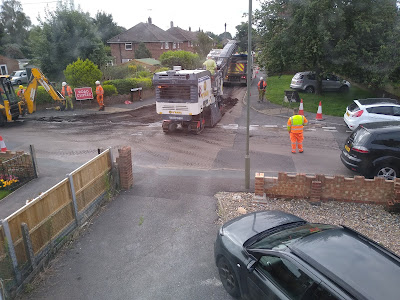 This morning I taxed the Stylus thinking I'd drive it round the local area for a test run then looked out of the window to see this.

To be fair they hadn't (quite) blocked my drive & as I was waiting on a delivery from Woolies I wasn't too concerned - but I did get so bored that I cleaned the cooker. 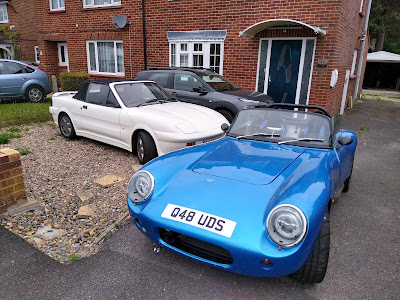 I did take the car to Tescos & I did fill it up, but just before I arrived it started running really rough. I limped it into the filling station, filled it & limped round to the car park. poking at the coil pack connector made it better / worse & when I got home I found that the centre terminal was kind of loose in the connector, I put it on rather more carefully & it was fine after that. 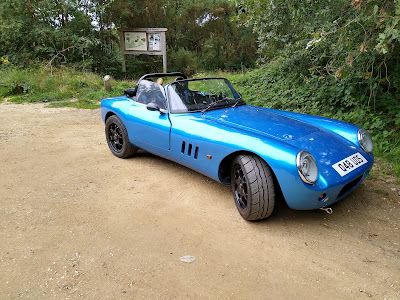 But on the upside, there were no rattles from the dash, everything worked - except that the right hand indicator warning light flashes with the left hand indicators - DOH! A job for another day. 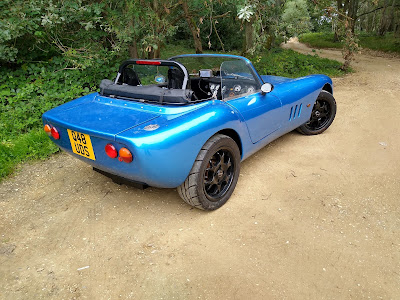 One other issue is the engine turning only very slowly when it's warm - yes, JUST like the Quantum! but if it's left for three minutes (I timed it) it's fine. Weirdness. The car creaks over every little lump in the road & I think it's the poly-bushes, so there's one thing for my winter work list. I parked up in a heath car park & took some pretty pictures for posterity then drove home. Then drove out again to go visit Hammy the closest SKCC member, but he wasn't in & wasn't answering his phone. so then I drove home again. 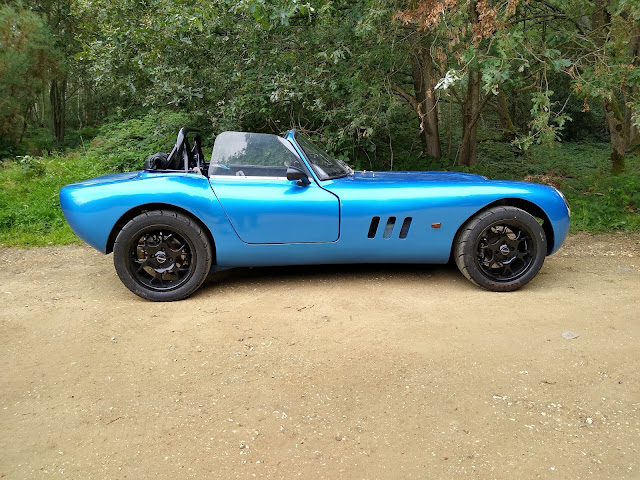 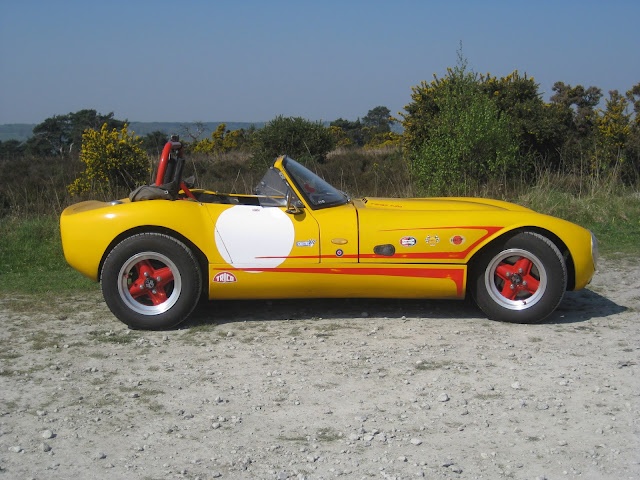 It's quite loud at W.O.T. It's as quiet as a mouse at tick-over, but screams like a banshee above 4k - this is a good thing.

It is SO good to be back in a Jeremy Phillips designed car again, it just feels like home, lets see if I can keep this one on the black stuff.