The car's still in dry dock in the garage but a shout on the SKCC forum from David T asked if anyone was interested in doing the Goodwood Breakfast Club, I said I would, but I'd need to passenger. The arrangements were made & we met on the Shepherd & Flock roundabout in Farnham. 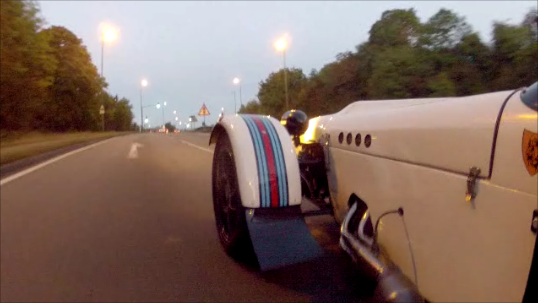 David's car is a Tiger Avon - a Seven style car with - crucially at this time of year - no windscreen. At the last moment I remembered to pick my gloves & silly (but warm) hat out of the Fury. Then I saw the ice on the windscreen of the tin-top & realised it was colder than the weather forecast had erm forecast. To say a 70(ish)mph blast of 1deg C air is "refreshing" would perhaps be understating things. This is the second time I've passenged in the Avon & it always impresses me with it's smoothness. 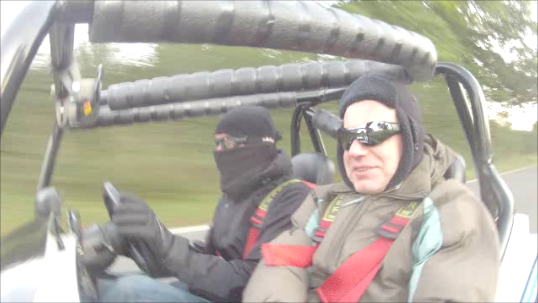 David had plotted an excellent route with some previously undiscovered roads, we zig-zagged about as we approached Goodwood & arrived at Goodwood from the opposite direction to everyone else

. We were queuing to park up in a field when what appeared to be the lead yellow-jackets shouted "doughnut it!" - well - t'would've been rude to disappoint wouldn't it? 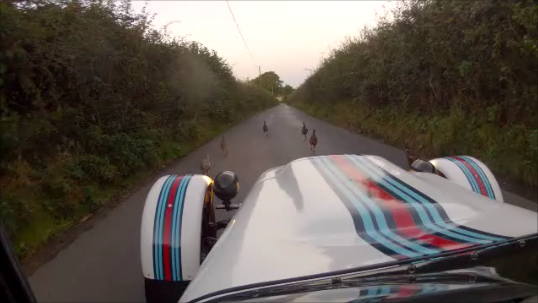 Also worthy of note on the journey there was quite a lot of near suicidal wildlife. We followed flocks of Partridge, Grouse & Pheasant as they ambled down the road, ignoring hoots & revving, until at last one of them seemed to remember it could fly & prompted the rest into the air. Then 1/2 mile down the road, it all happened again with another flock. 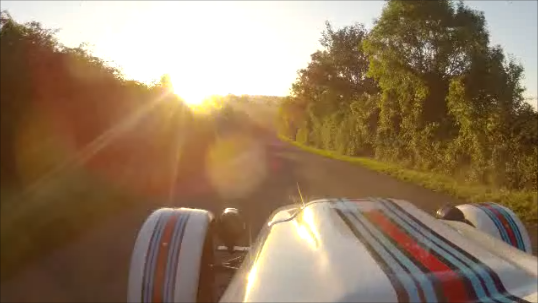 So, thanks again to DT, I feel suitably prompted to get on with the car properly.
Posted by BlatterBeast at 18:01