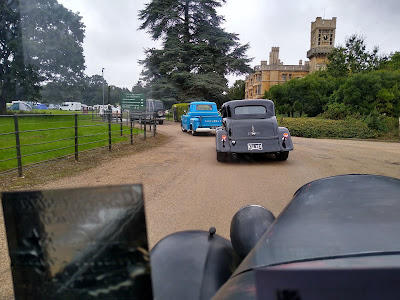 The National Street Rod Association's Super Nationals show didn't happen last year, but it was back in a slightly smaller format last weekend, so I was up with the lark & off to my brother's to cadge a lift in his model A pick-up to Old Warden Aerodrome - home of the Shuttleworth collection of 100 year old flyable aircraft. On site we met Linda from the car club who was not a HotRod aficionado, but is a proper petrolhead & regular visitor to the hangers at Old Warden.

So What did we see? 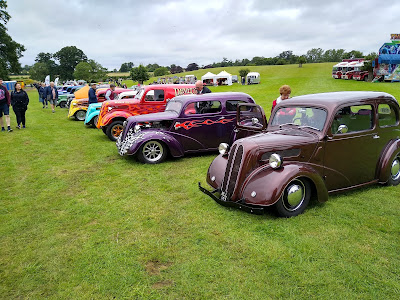 Many Pops in more colours & styles than you could shake a stick at, Resto rods, street rods, gassers street legal drag cars, vans & four doors (OK so officially that's a Prefect, but some of the Pops were Anglias & the vans were Fordsons) in every conceivable permutation. 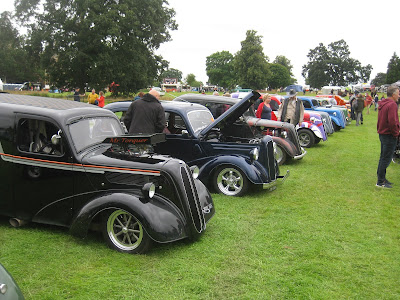 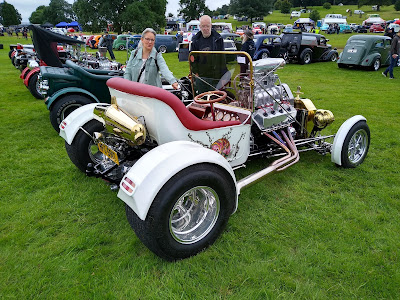 Close by we found the welcome return to the show scene of Andromeda, a "Fad T" built in the late '70s by Nick Butler when everyone else was jacking up Cortinas, this car was on another level altogether. In the 90s a deer-strike near Dorking left it very badly damaged, but a couple of owners & a huge amount of hard work later & it's back.

We wandered around a fair bit so must have seen just about all the cars, below are some I thought to take pictures of:- 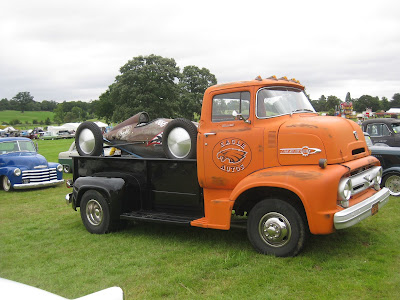 If you've got a custom truck, what you really need is a belly tank racer to set it off.
The belly tank racers were just that - a war surplus drop tank fitted around a minimal chassis to run at Bonneville. 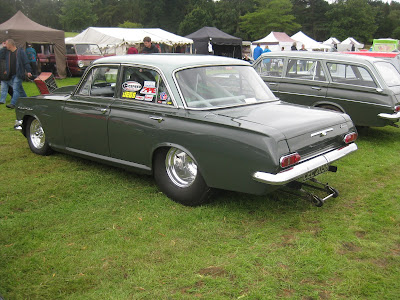 Detail, details ..... there were three PB Crestas all in a row, one saloon, one estate & this. Space frame chassis, tubbed read arches for the HUGE wheels, rear doors welded up, but door handles still in place for the look of the thing - and wheelie castors. 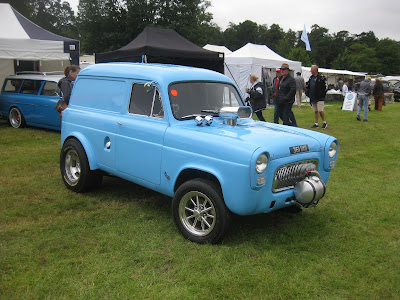 Thames 300e panel van "Gasser" if you're struggling for traction, raise the centre of gravity to get weight transfer onto the rear wheels. I always liked the gasser look.
Not good for corners though. 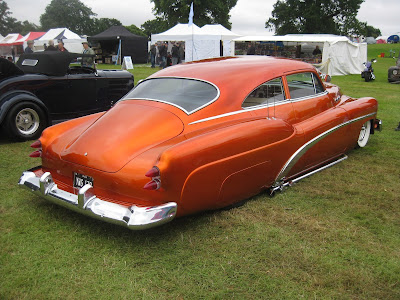 At the other end of the scale are the low-riders. No attempt at speed here, it's all about the look. 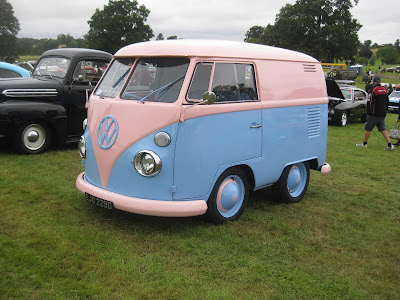 Or if you don't want to go up or down, how about short? Simple enough to do, not simple to do it this well.
Shorty Type 2s were a thing a few years back, this one survived. 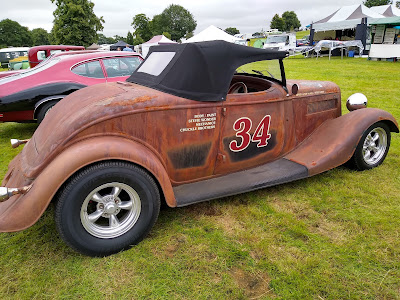 That's a fibreglass shell under all that rust, it took a while to be sure though, some panels were flaking & de-laminating. 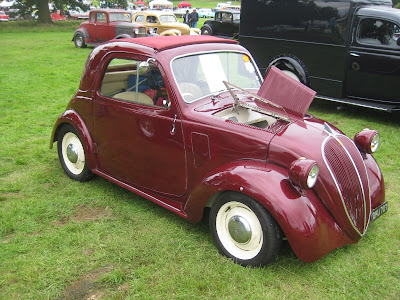 Cute - but not slow. This beautifully restored Fiat 500 "Toppolino" has a Fiat 2.0 twin cam detailed to match the burgundy & cream colour scheme. It was just stunning 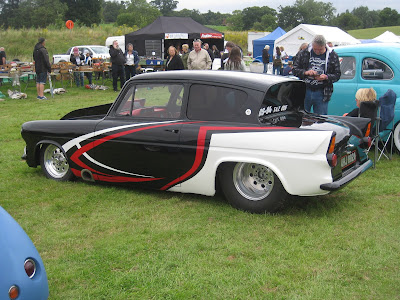 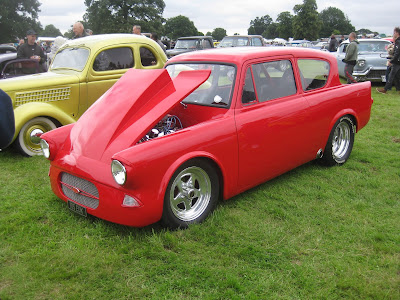 More 105e, more big power, but look at the body - the scallop has been taken out of the side, the wheel arches radiused, the badge rebate in the rear pillar dressed out, SO much work, but maybe Ford should've done it like that. 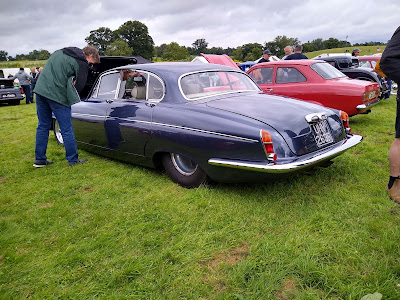 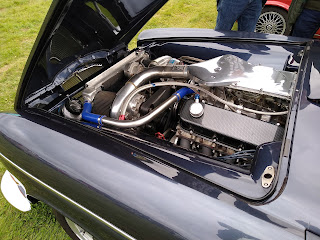 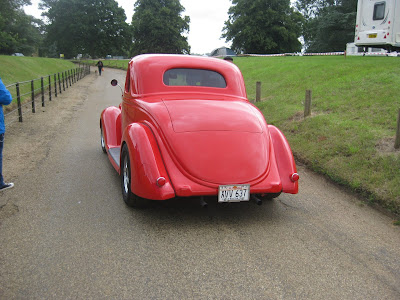 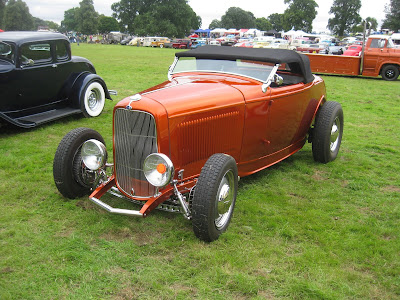 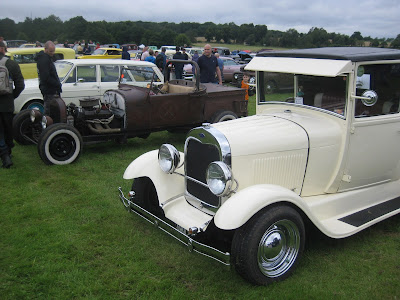 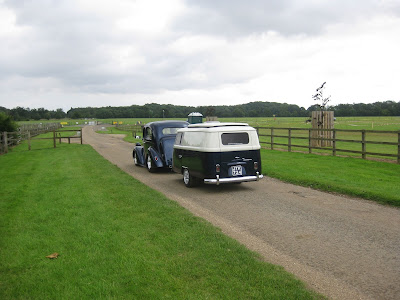 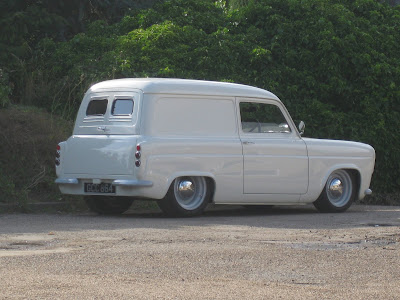 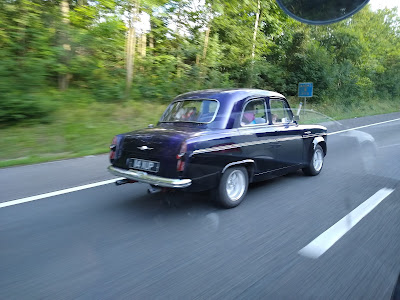 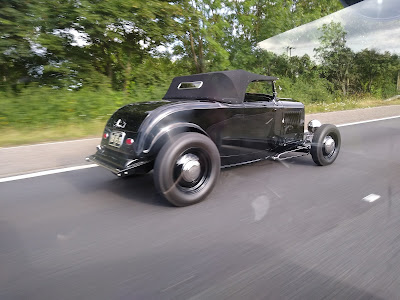