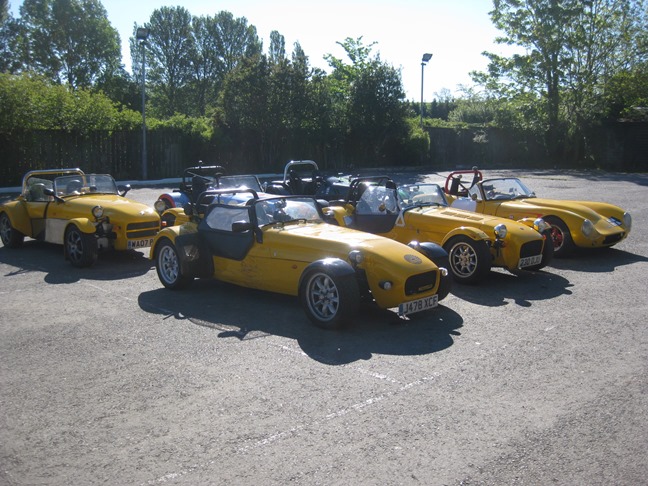 By the time we got to Driffield, we were heading proper south, but there was a problem. The rubber seal on the radiator cap on my car was breaking up & although the temperature gauge was staying down, I was losing water at an alarming rate. But we carried on.
Over the Humber Bridge & into flat Lincolnshire, all the way to Mumbai – no, sorry Mumby.

Round here contour lines & cafés were hard to find, I’d marked a stop in Mablethorpe at “Linda’s Pavilion Café” (Hoping we’d get a discount if we presented a Linda) & this is where we all met back up. The cars caused quite a stir with the locals, but from the number of mobility scooters, I guess they just weren’t used to seeing anything that big. 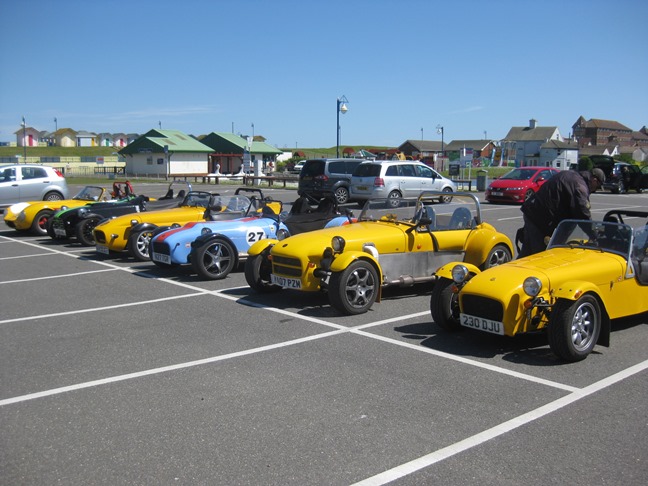 Up to this point the roads had been good sometimes, after Mablethorpe they were twisty, but bumpy in an unpleasant undulating way, then we just had to sit on the A roads for a while to get us where we needed to be.

Over the Nene at Sutton Bridge & over the Great Ouse at Kings Lynn – strangely the only one of the three rivers we’ve crossed not used by Rolls Royce as the name for a jet engine.
I had added another two litres of water to the car by now & at the last fuel stop I added another three with much gurgling & hissing from the engine. Here's what the rad cap looked like at this stage After that we re-fuelled & I re-watered before heading for the last hotel – it was booked, but I could find no trace of it on StreetView – It turned out to be 100 yards up the road from the pub in the grounds of a Stately Home & was very nice indeed. There were a variety of rooms from single to family, so I asked the other runners to pick keys from the handful & I had the last one –which turned out to be the largest