Over breakfast we decided the route was too long, so decided to prune the first easterly section.

We headed north, then turned east at Thwait, making for the coast, passed along some byways, through the village of Gayles which has three streets, West Street, East Street & Middle Street.

No points for originality then.

At Scotch Corner we headed out to the moors. The roads are fantastic, sweeping & traffic free - apart from the sheep.

We stopped for coffee at the moors visitor centre based in what appeared to be an old manor house. 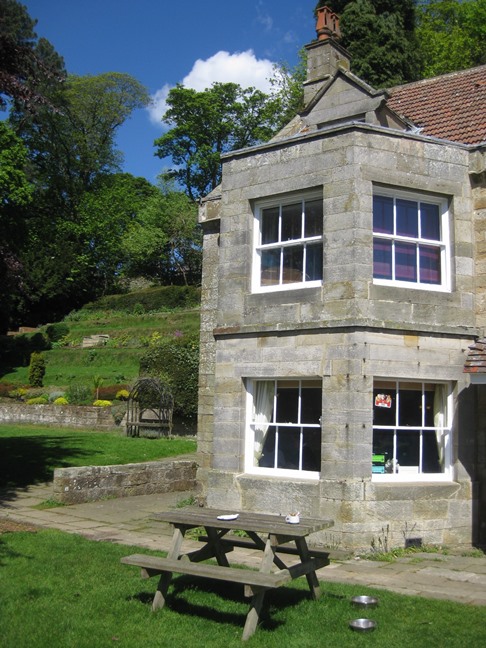 At Stokesley we stopped for fuel & immediately afterwards crossed a water way with the romantic name “Flood Diversion Channel”. Then through Glaisdale & past the Arncliffe Arms – our first stop on last year’s tour.

We were going to refuel in Whitby, but with the shortened route, there was no need, we went round the harbour then headed to the Khyber Pass – it’s a road in Whitby. After going round the town a second time& ending up in some unfeasibly narrow roads - we crossed the town bridge & headed up to the ruined abbey. 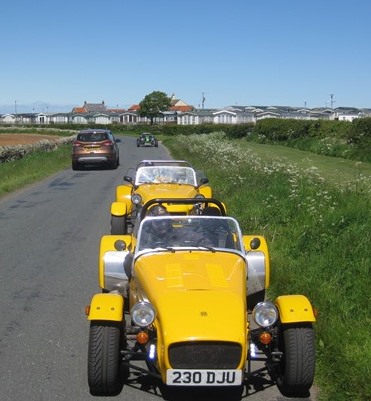 After that we tackled another of Britain’s steepest roads – Rosedale Chimney Bank, we were going down, so my thoughts tuned to my brake failure earlier in the week. We had a coffee stop marked at “The Daffy Caffy” but there was nowhere to park so we moved on. 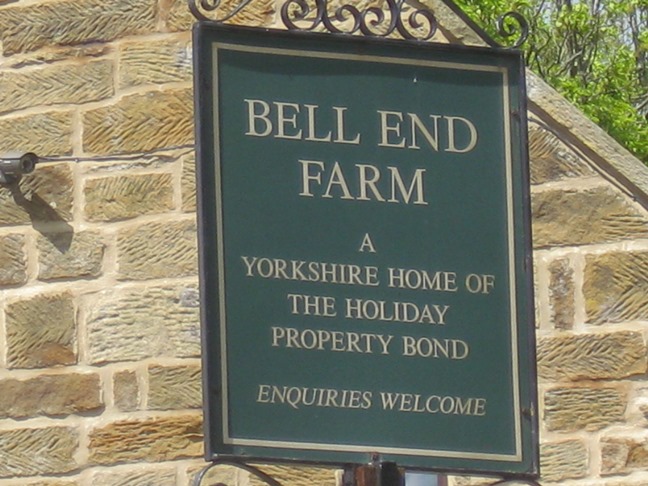 Then back along the wiggliest roads I could find, to refuel in Northallerton & the hotel. 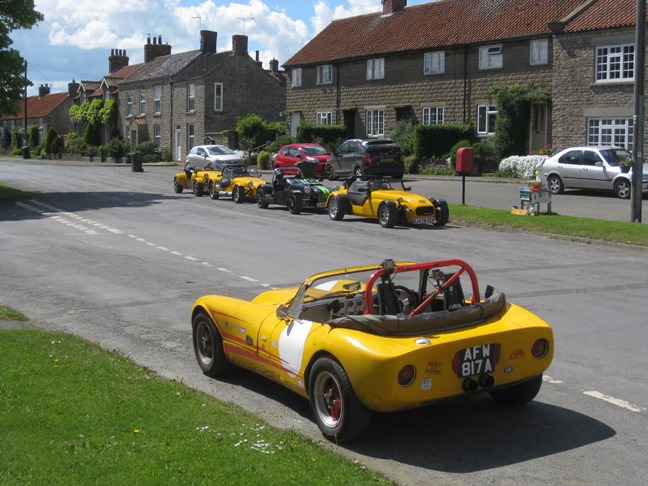 As I was driving I had received a text & Robert was missing. I checked the text on arrival & it suggested he had car problems & arrived maybe ½ hour after us complaining of a funny noise from his back end – we all suffer from that from time to time, but he was convinced his was mechanical.

We managed to reproduce the graunch / squeak by rocking the car & isolated it to the off side suspension. Richard had had the rear bushes replaced & it looked as if the bolt at the bottom of the shock absorber had not been tightened after the weight was put back on the suspension. Both the bolt & the hole were worn. All that could be done was to put the weight on the suspension & tighten the bolts as much as we could with the tools to hand. We hoped it would be OK for the rest of the trip, but would need mending properly.
Posted by BlatterBeast at 13:57