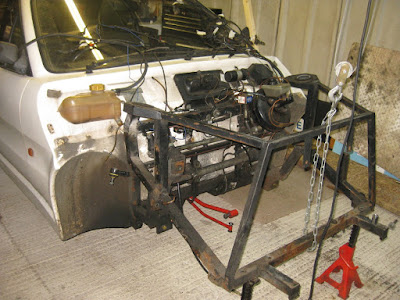 Yesterday I took a brave pill & cut out the upper tube. I supported the car at the front bulkhead & carefully supported the bonnet mounts so the subframe didn't sag. 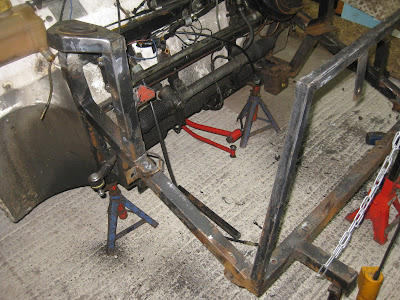 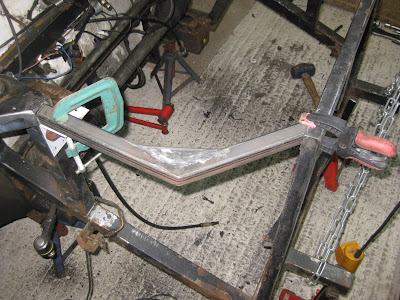 This tube wasn't much of a worry because it does little more than stabilise the radiator frame & provide a little crash protection. 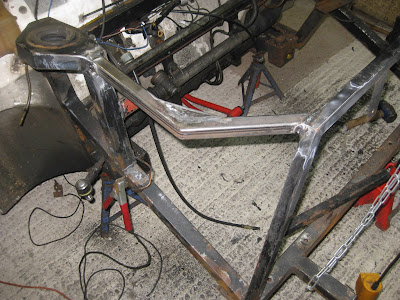 The welding went OK (mostly) & when it looked proper & hitting it with a hammer resulted in a ring rather than a thud, I stood back & decided I'd pushed my luck far enough for on day. 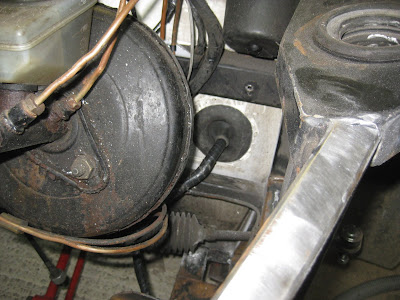 But I wasn't finished yet - moving on to things I felt more comfortable with, I cut a hole in the bulkhead for the ECU plug. This was easier than expected - the firewall is about 10mm thick here, two skins with a filler between & the hole needed to be 80mm diameter. I chain-drilled it & dremelled it to size thinking the grommet wouldn't fit over a panel that thick, but on looking at it, it's made for a panel about 8mm, so it fitted beautifuuly - RESULT!

The ECU will go nicely up behind the glove box & the OBD port - yes, an OBD port! - will probably sit in a hole in the glovebox wall.