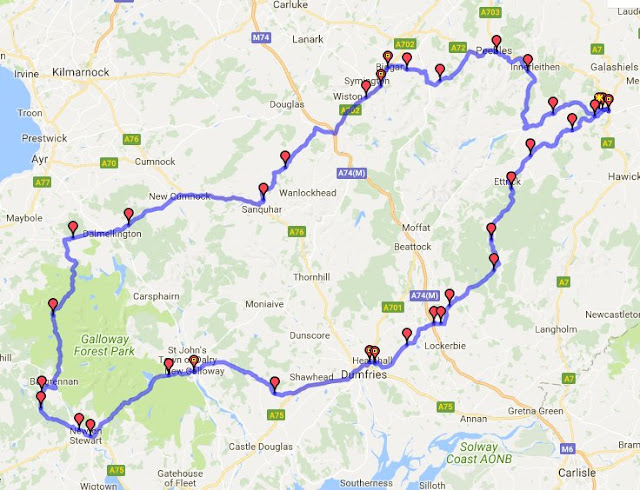 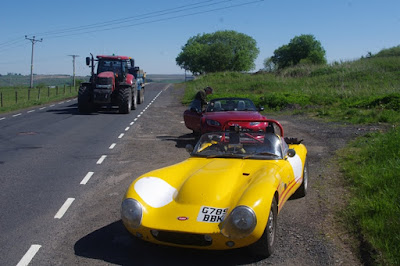 More choices. Today there were three possible circular routes, based loosely on routes we did last year. I couldn’t honestly recommend any one over another, so we let the weather forecast do the selecting. Which meant we went west. We were one car down as the red Westfield had a blown regulator in the alternator & one of the alternator lugs was cracked, so Woody passenged with Steve in the supercharged Elise.

We started off well enough, though some of the road surfaces were frankly appalling, but once again a closed road led to a sundering of the ways, as Linda’s car succumbed to the potholes with a broken wing stay (Brian drove off & left her – the bounder), so Gentlemen Graham & Tony, returning from an abortive attempt to find a way past the closed road (OK – we didn’t read the sign properly) performed a rapid amputation at the roadside & we adjourned to a local tea shop.
Once we’d all reformed (except of course for the bounder who was miles away by now) we restarted but were soon separated again, only meeting up at the next coffee & cake stop.
By this time it was properly hot, so at the next stop, two cars deleted all but the last waypoint, the other two stuck with the route & we all arrived at the petrol station near the hotel more or less together. 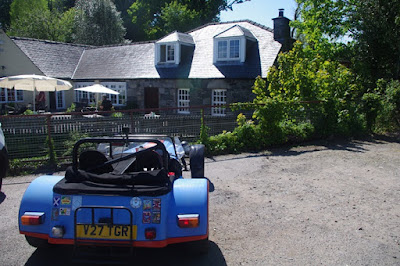 Linda’s car’s broken wing (stay) was taken to the local “motor engineer” a very large bloke in a very dingy workshop festooned with bits of broken cars - exactly what you want in these circumstances. He was far too butch to have any truck with namby-pamby things like safety glasses when angle grinding or a dark helmet when welding. He stuck the two parts back together with rather more weld than was strictly necessary & the car was re-assembled outside the hotel.
Posted by BlatterBeast at 06:49