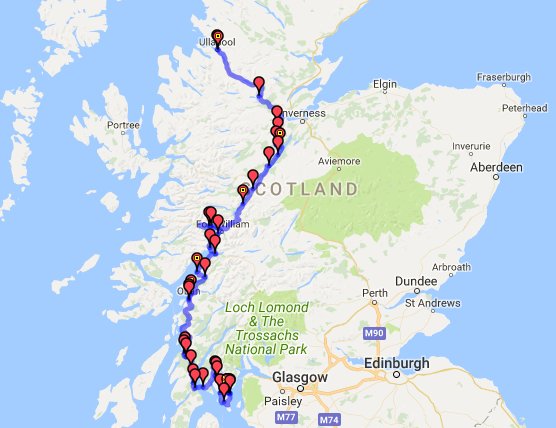 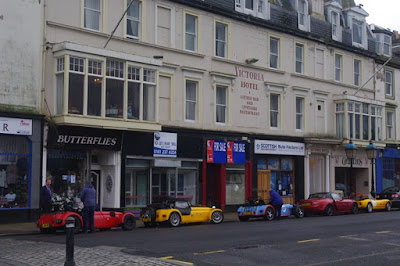 I knew it was a bad sign when "love is all around me" was playing over breakfast - Wet Wet Wet.


But before that, there was another cooked breakfast & an early trip round to the local petrol station (closed yesterday - Sunday) to fill up before heading out of town on “Serpentine Road”, as you would expect it’s a series of bends going up a hill – it’s in the town, so there was no careering, but it was an enjoyable drive none the less. 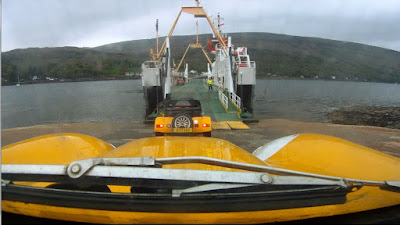 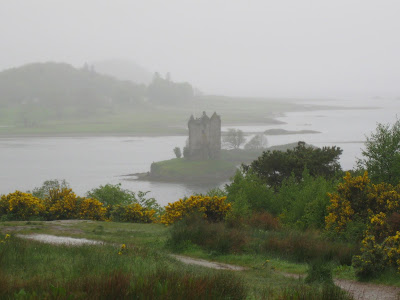 We toured the south side of Bute before arriving at one end of Britain’s shortest sea crossing, the Rhubodach to Colintraive (Pr. rubber duck – by us - & colin try). The crossing takes about 5 minutes, so it’s not really worth turning the engine off. When we arrived the nice lady from CalMac looked at our tickets & said the second ferry – Portavadie to Tarbert – was out of commission with a fouled propeller. Divers were on their way, but no-one knew how long it would take to clear, so instead of travelling north on the Kintyre peninsular, we headed for Oban from where we were. The roads were still good, but the traffic increased markedly as we closed in.
Also – the rain started. 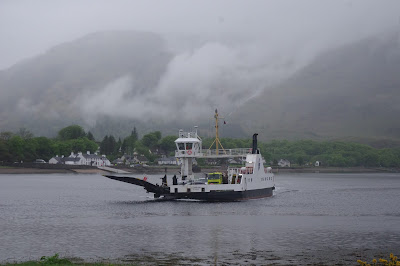 After lunch (cake) at the Castle Stalker View Café, we took the Corran ferry to the far side of the Loch, to take us away from the major roads, one problem with travelling this way is that if you’re not first off the ferry, you’ve got vehicles ahead of you & the roads here aren’t conducive to overtaking – but even though we were last off, every other car turned left –we turned right & had the single track road to ourselves, except for a very occasional car coming the other way, one of which resulted in a bit of a P.A.M. (Puckered Arse Moment) when as we approached each other with a closing speed of about 120mph & I realised we were not going to stop in time & there were no passing places & right were we would meet there were two stout posts either side of the road …… but we just squeezed past, with the closing speed down to about 30mph – Eeek. 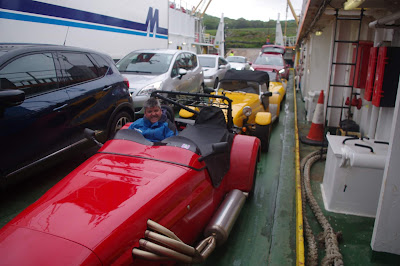 As we wound north, the roads became bigger as we approached Ft William from the west – it was of course raining, because in Ft William, it always is. More fuel was taken aboard & we cruised the great glen in a huge tailback behind a white Mercedes A class doing 30mph & slowing for the corners. I overtook cars one & two at a time until I eventually got past & had a pleasant run up the side of Loch Ness to the next fuel stop. Th others sensibly stopped for a coffee until the queue cleared. 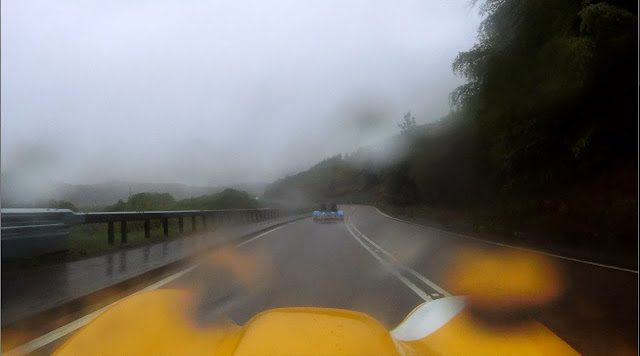 When we re-formed, we again took to the lesser used A roads, few trippers bother with the area north of the Great Glen because it’s sparsely populated & a bloody long way from anywhere – but that’s why we like it. There’s really only one way to get to Ullapool, so we were stuck on the main road, but it’s a good one with passing opportunities, so it wasn’t too long before we were topping up the tanks, settling into the motel & thinking about a beer & drying our clothes. 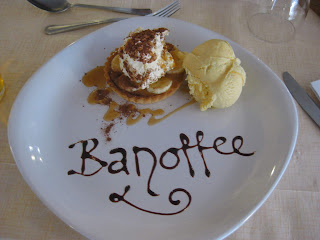 I’d been a bit concerned about the place, on the website it looked a little like a portacabin – single storey & 1960s built, but in fact it proved to be perfect, with room to park the cars outside each room & a spectacular & very reasonably priced restaurant ….. and a bar, where I spent rather too long (ahem).
Posted by BlatterBeast at 21:22