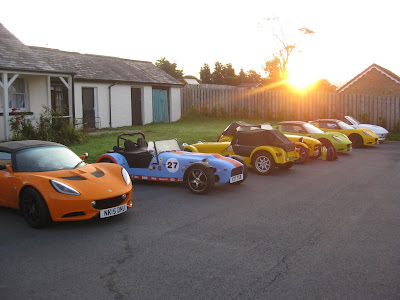 Today was foggy at the start, that beautiful sort of fog that lies in the valleys & lights up when the sun shines on it, it didn't last long as we drove out of the top onto the moors. 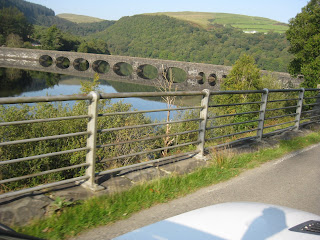 Unfortunatly one of the Sevens had to leave due to work commitments, but the rest of us set off for some twisty roads where the Quantum was sailing in the wake of three Elises. We found ourselves on a fantastic road winding along the shores & in between several reservoirs. This went on for quite some time before we came up over the head of the valley & I realised we were - back in the Elan Valley - fantastic. 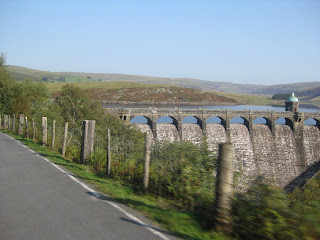 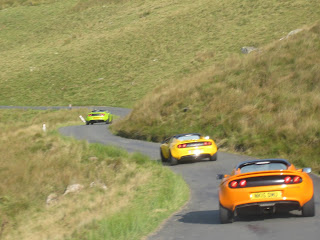 We didn't re-trace the route I'd done the day before, but I did recognise a few plces & we all went up the Black Mountain, this time though there was a hatchback that didn't want to move over, so it was a case of dropping back & then stringing a few bends together, then repeat. The ice-cream at the top was most welcome (thanks Graham), we did a few more miles, until out progress was bought to a halt by a whole herd of cows in the road along with three farmers, a tactor, a quad & several sheep dogs. 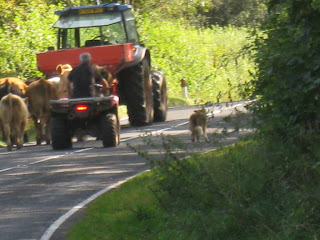 Shortly after that, one of the Elises left for home & as there would be no evening meal at the guest house & the area it was in was officially "locked down" we needed lunch. We saw a "Cafe" sign & the lead group of cars swung around & found a car park, by the time we'd walked back to the road we were just in time to see the second group heading back the way we'd come. Texts & photos were sent & we re-grouped. The "cafe" turned out to be a community centre, but we had a hot meal in the games hall & they all took photos as we left - as usual Linda attracting the greatest interest when people reliased that the funny little blue & orange car was owned & driven by a woman. 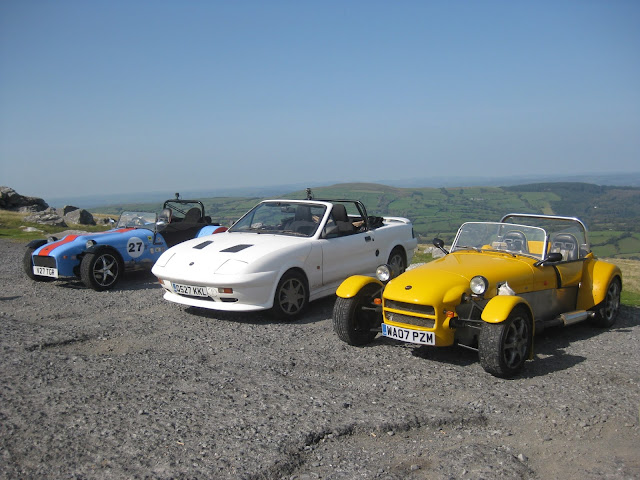