I seem to have caused some confusion with my last post. The radio is for talking car to car, useful if someone is lost or has a car problem.

Today I finished off (ish) the system. Up until now the radio was powered by a 12v socket on the roll bar, next to that was a twin USB socket driving two cameras. It worked fine, but the addition of the iPod transmitter & on-going problems with the GoPro wifi widgets meant I needed had an excuse for more sockets. Even more sockets)

All this stuff can be run off batteries, but that means charging seven items to have it all working & on the road trip, having seven things plugged in overnight just doesn't work. 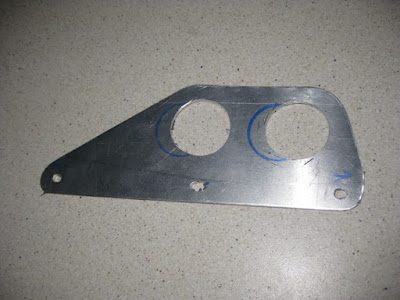 So, to work. I removed the 12v & USB sockets from the roll bar & replaced them with the shiny new matching ones, These will drive two GoPros & two wifi widgets. I cut a piece of aluminium to fit between the seat & the trans tunnel, attached by the existing tunnel top bolts, into this fit the old 12v & USB sockets, the 12v powers the radio, one of the USBs powers the iPod / mobile phone lead, the other powers the FM transmitter so I can hear the iPod over the radio.

At the moment the tunnel sockets draw power from the back of the roll bar sockets (the dangly red wire in the picture), but when the car is in dry dock for winter mods I'll take a line from the wiring loom inside the tunnel, so that red wire won't be on show. 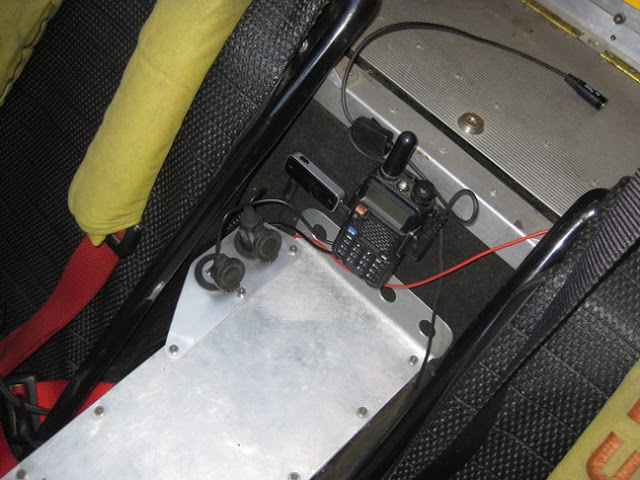