I've been out to the garage again. I took the wheel off, fitted a 3mm spacer & found the wheel stopped rotating just as the nuts were tightened. So I swapped it for a 6mm spacer & all was well - except there was a spacer betwixt the wheel & the hub. 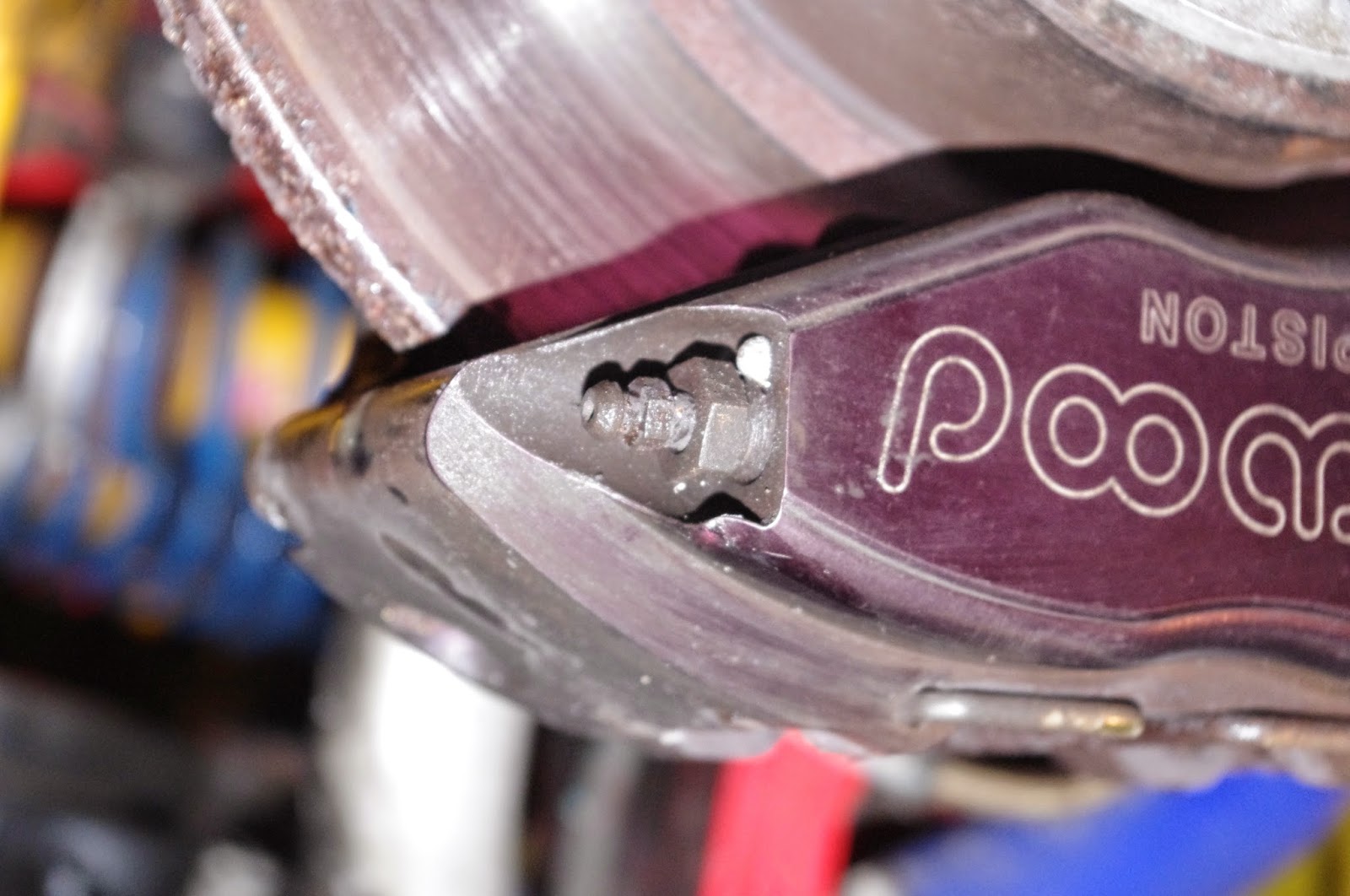 I closely inspected the brake calliper, where the bleed nipples exit there is a machined pocket. on the lower one was some deformation showing where the wheel had pushed it inwards, so I have a plan. Remove the metal where it's been pushed in, remove the spacers from the brake calliper mounting kit & take 1mm off each & that should ensure the fourspoke fits. At the moment I don't know if I want the fourspokes or not, but I'd like the option. 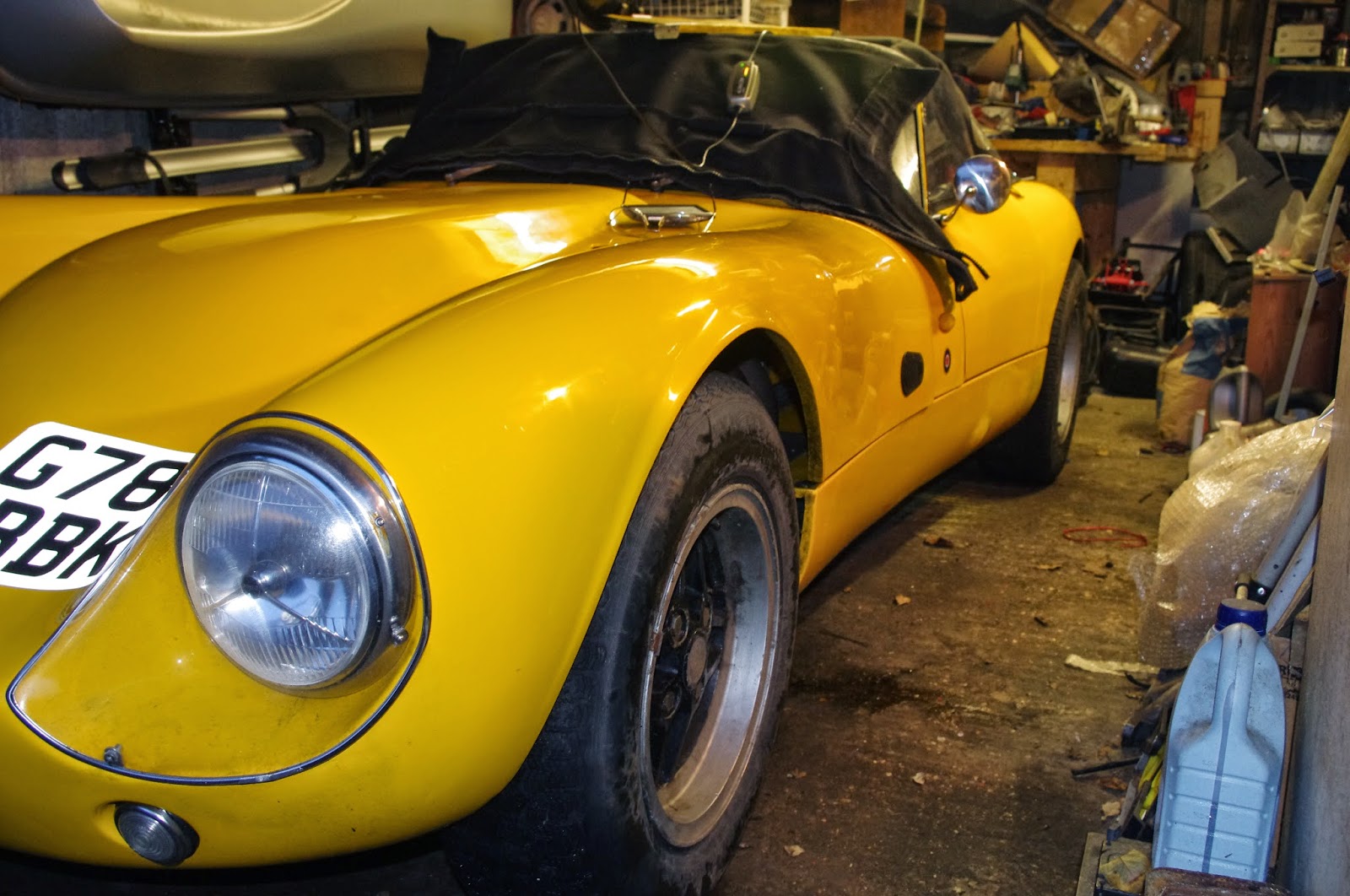 A single Peugeot peperpot alloy & tyre weighs 15.5 Kg, a fourspoke & tyre weighs 13Kg so that's 10 Kg of unsprung rotating mass reduced if I go for the 13 inch wheels. That could easily take the car back under 600Kg so it's worth considering.

﻿ Also omitted from the last post were a couple of photos of the new retro 60's stickerage. only under the bonnet at this stage, but there will be more