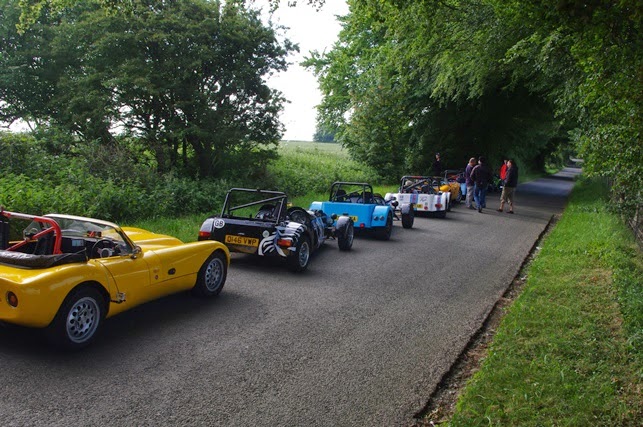 A run out had been organised to Compton Abbas aerodrome, but it clashed with an England world cup game, so it was re-arranged for the 22nd – which dawned warm & bright & clear. There were two groups out for this one, easterners & westerners, I could’ve joined either from home, but selected the western group as that gave me an extra ¾ hour in bed. I was the second to arrive at the east / west meet point on the A31, David & Mrs T having been there long enough to fuel up, people pulled in in ones & twos & we had to wait for a couple of late 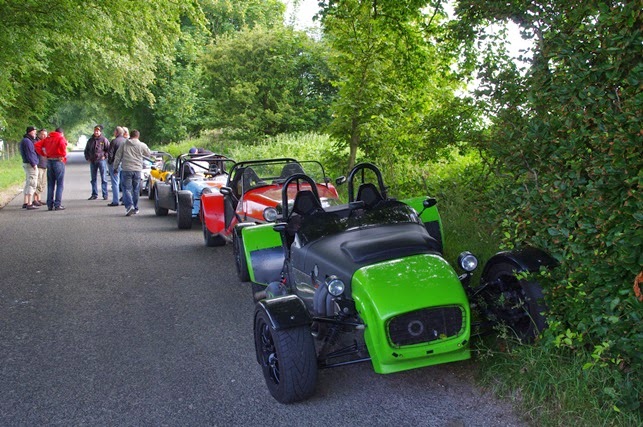 comers. While there a couple of blokes came in to fill-up, one in a Maserati, the other in a Porsche Panamera, both pulled out of the garage & hit the loud pedal hard, in the process probably using more petrol than I would all day & not accelerating any faster.


When we were all collected, fuelled up & had inspected each other’s cars for new modifications, we hit the road. It was a glorious day, the roads were quiet - can’t remember seeing a single horse-box! We rumbled through pretty thatched villages & whizzed along the dead straight A30. Usually we’d dismiss dead straight roads as being too dull, but that road, on that day was sublime. One or two cars to break up the straightness with a little overtaking, good visibility, then back to the twisties. 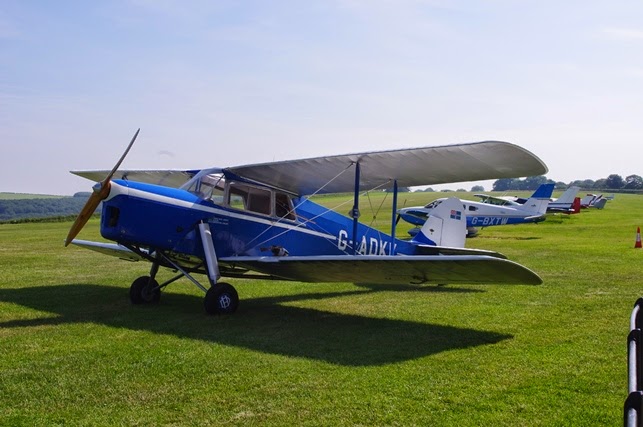 And twisties there were aplenty, there is a superb switch-back section only about a mile from the aerodrome which has maybe six tight turns, we picked them off with gusto & without any tin-tops ahead of us. 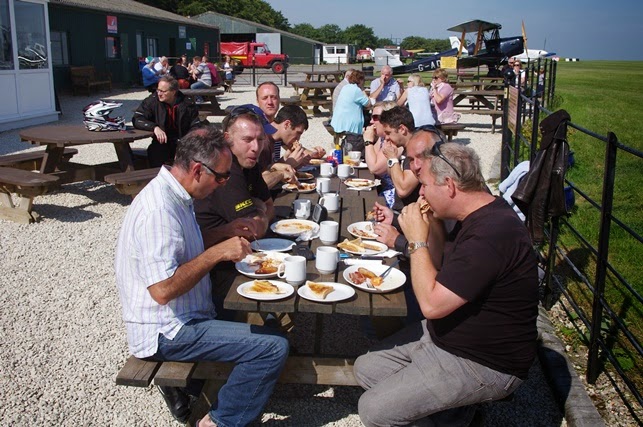 Breakfast was taken on the patio watching the little planes putter about, while the SKCC bantered. Also there for feeding time were a couple of very pretty 1950’s Austin Healeys & a whole flock of police folk who kindly took no interest in our car’s front No. plates. Also filled with kindness was the lady who parked next to me at the end of a row, then asked if there would be any more of us, because she’d move her Fiesta so we could all park together. How very considerate. 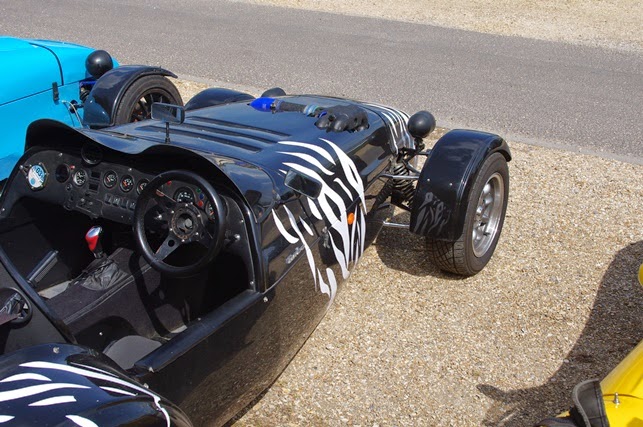 Breakfast devoured, we headed back to the car park, I had plotted a route home via the New Forest so I could pick up some rough cider in Burley, but Mr Mango had compiled a route for a handful of the crew, so I tagged along with that to begin with, this turned out to be a good thing as his route went up the switch-back, I waved my farewells & dropped out of formation at the top, turned - & did the switch-back again. 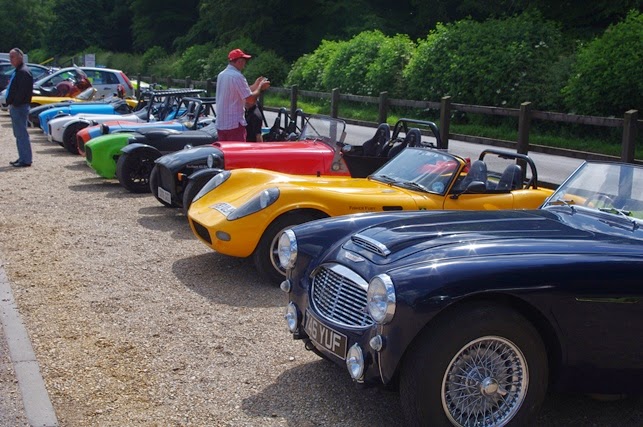 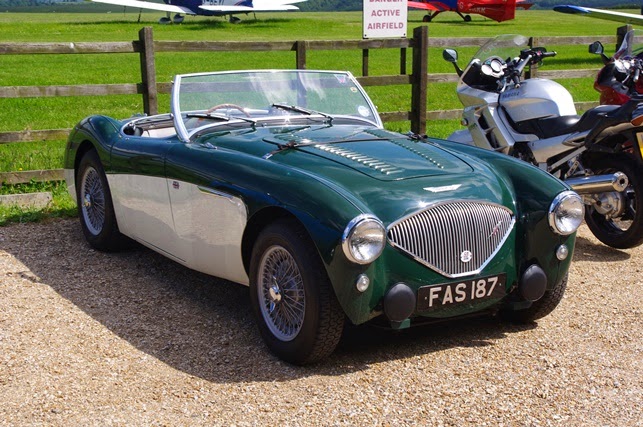 The journey home was a pleasant one, with the sun still shining, I did get stuck in traffic close to Ringwood, but avoided it apart from that. 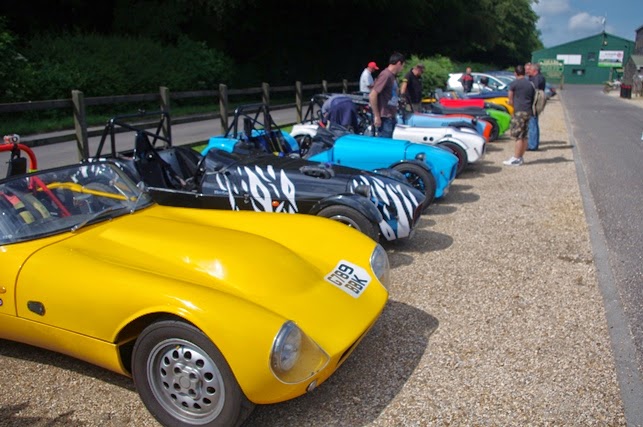 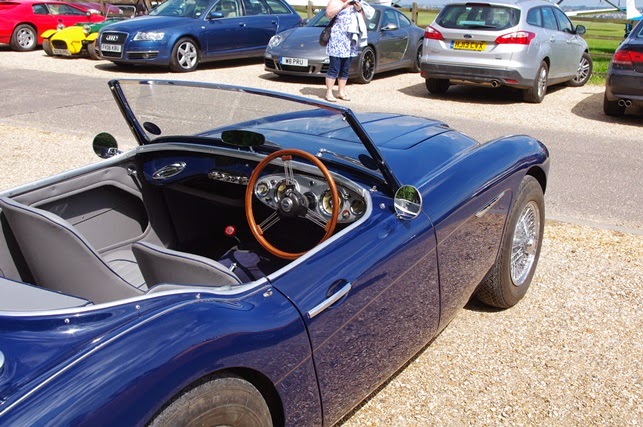