My plan was to use the weekend to sort out why the engine wasn't running properly, but it didn't turn out like that. 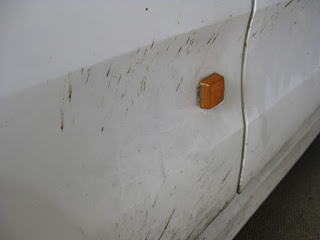 I started it up & it wasn't a happy engine at all, misfiring at idle & still refusing to rev, so I ordered a coil pack & a set of leads as a first step to find out what's wrong. So then I needed something else to do, so installed new side repeaters - yes, hardly essential I know.

The ones on the car were the square ones from the donor Fiesta & stuck out the side of the car. I wanted soething smaller so bought "push-in" LED jobs, you put a gromet in the hole, push the lamp into the grommet, all done. 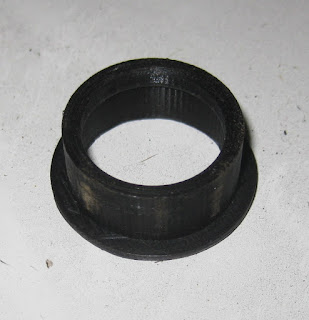 But - the grommet pushes into an 18mm dia hole in an up to 5mm thick panel, the holes in the car were 22mm dia & the panel is 10mm thick. Not a problam for a man with a 3D printer, I drew up an adaptor ring, like a headed bush that would push into the car from the inside, the outer ends has a rib fo the grommet to grip, I glued it to the car & fitted the indicators. Wiring wisw the car already has an LED comparible flasher unit as the bulbs in the other lamps have been swapped for LEDs. 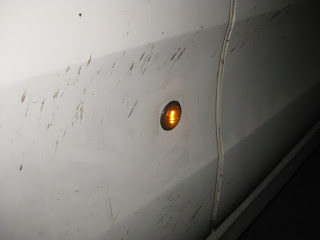 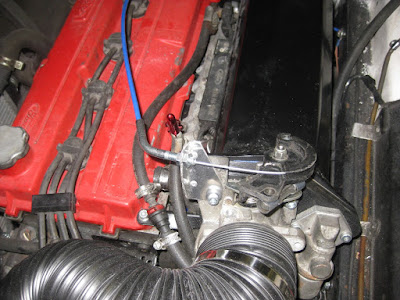 Next I finished wrapping the wiring loom, checked the wiring for the headlamp flaps, re-fitted the bonnet & started to cut it to fit around the re-positioned radiator,  that done I tried to close the bonnet - it hit the throttle cable bracket. This was always a risk, so I but I re-designed & re-made the bracket - actually it's now a more elegant design - & now the bonnet shuts - but still touches the intake duct, so a little more work to do yet.