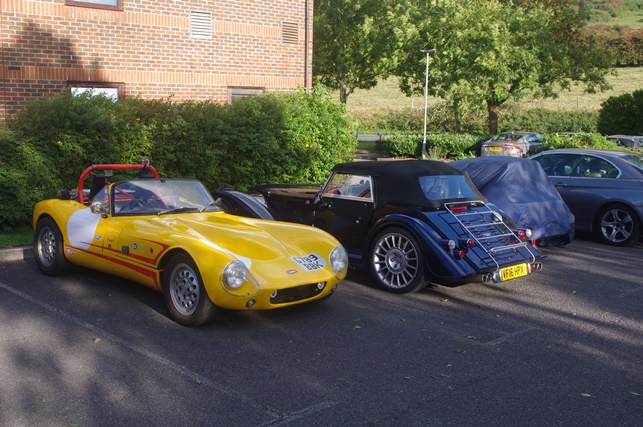 Mrs Blatter & I were supposed to be going to France with the SKCC this weekend, but family problems meant leaving the country wasn't a good idea. I cancelled the French hotel & postponed the Tunnel but couldn't cancel the Folkestone hotel, so rather than just lose it I drove into Kent & paid a visit to Car Builder Solutions to try out a new fuel cap (which I bought - Mmmmmm, shiny), then headed to Folkestone for a very pleasant evening with David T, Crunchie & their respective wives.


As I parked the car, I noticed that my new fuel cap was exactly the same as the one on Crunchie's Morgan & hatched a plan. I found them in the bar but completely failed to convince Crunchie that the filler cap in my hand was the one from his car. 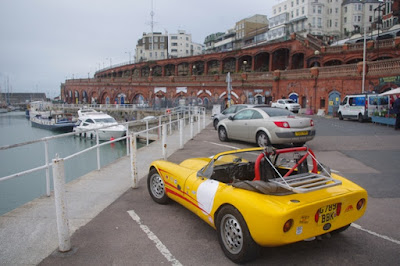 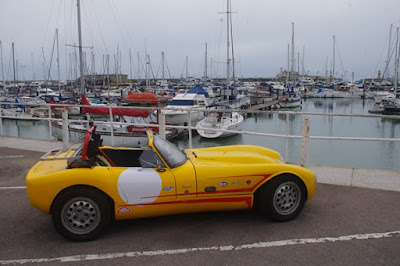 This morning I woke at a reasonable hour & had a filling breakfast, thinking "the others must be in France by now" (sounds like they weren't), then set off on a tour of the Kent coast as I'd never been that far east.
Who knew that just outside Sandwich was a village called Ham?
After some satnav strangeness I found myself in a long winding tunnel


By the time I got to Margate it had started drizzling & with no sign of it stopping I headed straight for my Son's house in Swanley. Just before I arrived I realised I'd left his Wife's birthday present in the hotel

Fortunately (for me - less so for my Son) she decided that Folkestone was close enough to the shopping outlet centre in Ashford to make it worth them going to pick it up tomorrow, so I didn't have to go & get it.