Another fine sunny day, this has never been known on a Rogue Runners jaunt. Like a twit I didn't make my usual notes when this day was fresh in my mind, so this account might be - short.

We set off from the Hotel & headed south, there were two options, long & short, I think everyone chose the short, since it was still quite long & the sun was already beating down. We headed off into the wilds & were soon passing through wide open spaces & wide blue skies that bore little resemblance to the "normal" idea Wales conjures up. 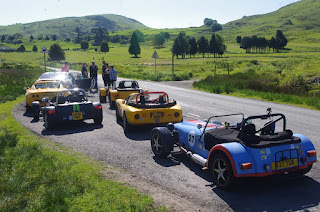 Next was the Elan Valley. Always an enjoyable road, I think this was the first time I'd seen it dry & by now the sun really was getting hot. 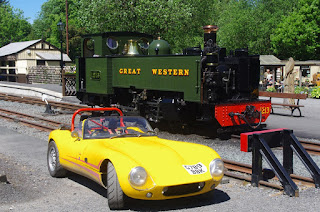 We headed for a lunch stop we've used before at a steam railway. The café is small but busy & has good cake. It also has good plaques - simple things with phrases on, not the usual "You don't have to work here to be mad....." type thing, last year I got my wife one that says "I only have a kitchen because it came with the house" which neatly sums up her attitude to cooking, this year's said "I can't speak Italian, but I'm fluent in Prosecco" - well she liked it anyway.

The next thing that stands out was a military road over moorland. It had very good smooth tarmac & for the first couple of miles was dual carriageway. It was only spoiled by the pick-up sticking to the rather low speed limit. After quite a long way it pulled over & the rear mounted camera recorded it turning & going back the way it had come, so whether this was an official rolling road block seems a reasonable question. Then we headed back to the hotel & a cold beer or two! 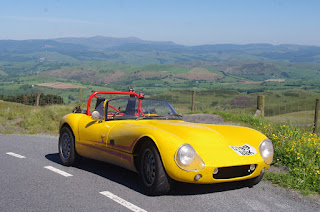 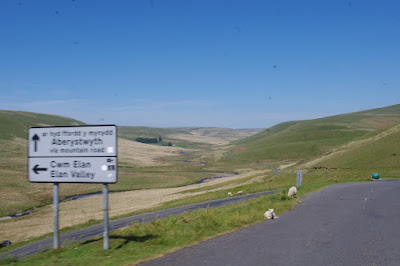