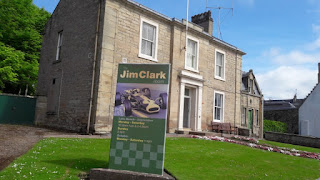 Day 5. Set off for the Jim Clark Museum in Duns, but it tuned into something of an F1 fest, first in Biggar (while looking for the Biggar Women’s Institute) we saw “Villeneuve Wines”, then we drove through a town called Lauder, saw a road called Ayton Road & finally got to the Jim Clark Room which was small but pretty good. It has a ridiculous number of trophies in it. 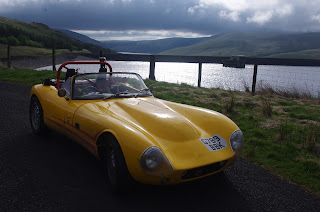 But before that we'd headed off on a road suggested by the other SKCC, we had been told there was a layby with spectacular views, so as I was leading I pulled into a parking area, the views were pretty spectacular & I snapped away taking photos like these.
Nice, but as we drove off, there was another layby a little further on with even more spectacular views - I think that was the one he'd meant 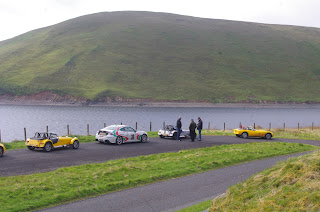 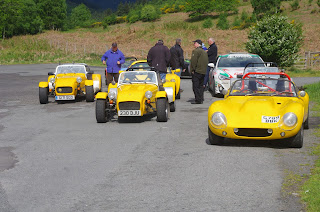 After the Jim Clark Room we struck out for the east coast of Northumberland at Lindisfarne. We were too late for the tide, so I paddled the Fury’s tyres & we headed back to Selkirk for the last time via Bamburgh with its fantastic castle, Seahouses (fish & chips by the harbour mmm) & Alnwick. All of which were bathed in brilliant sunshine – by the time we were eating the BBQ prepared especially for us by the hotel proprietor, I properly looked like a panda in spite of using sunblock before I went out. 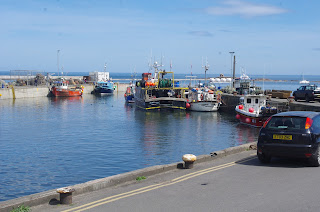 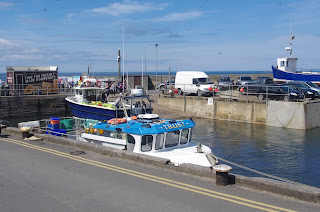