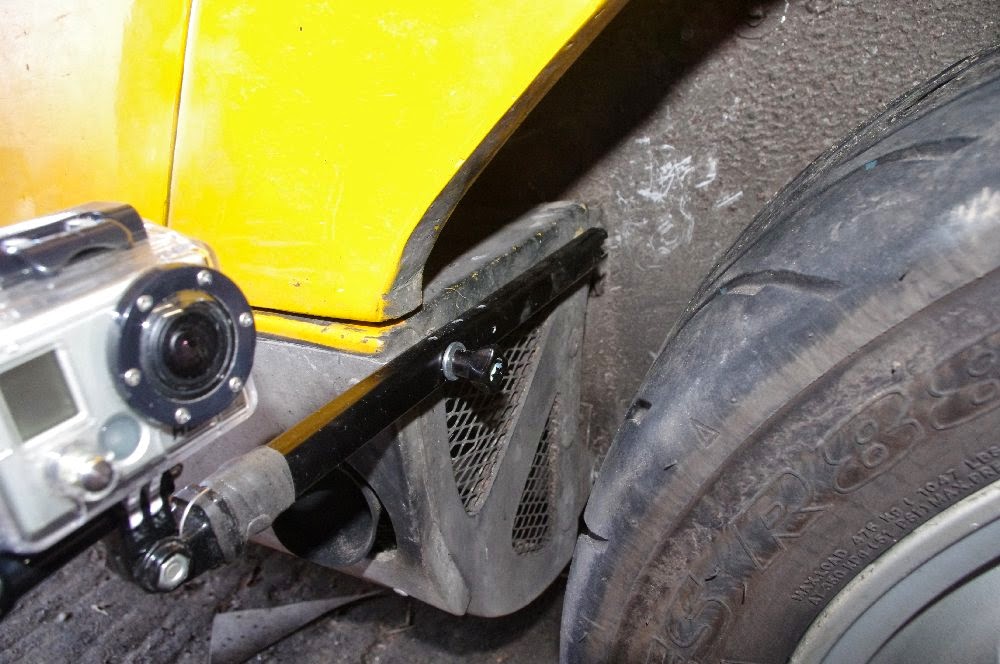 After the GoPro footage I got  (is it still called "footage" if it's digital?) from the side mount on the last run I did I thought about the mount & wanted the ability to fit it on either side - & fit & dismount it much more quickly. 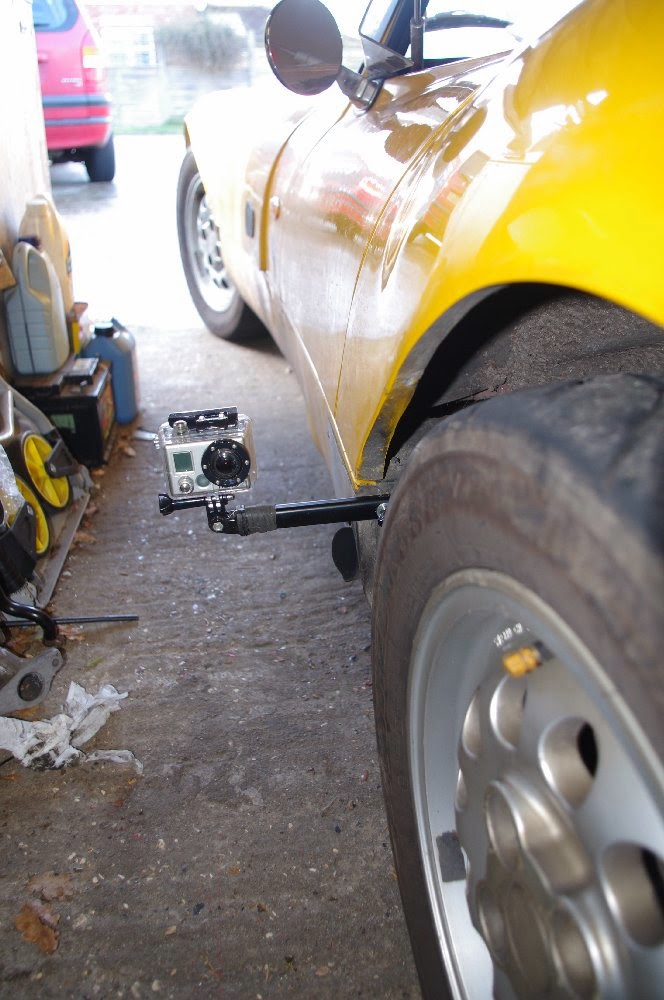 So I slotted the end & fitted a bolt with a silicone rubber sleeve to the inside edge of both pods, The slot is a tight fit over it & I've fitted a riv-nut at the outboard edge of both pods & the camera mount has a pair of headed bushes. I've modified a GoPro attachment bolt & also fitted a riv-nut to the mount to screw the bolt into when it's not in use - as it's modified I don't want it getting mixed up with the others. It seems to work well, fitting & dismounting takes maybe 15 seconds. Here's a couple of photos - no video yet as all the GoPro batteries were flat.
Posted by BlatterBeast at 17:49