Ever since the Stylus arrived I've been putting in around 12 hours a day on the cars & I'm knackered! 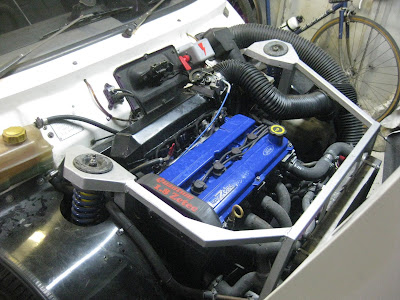 But I have achieved. The flip-front on the Quantum is painted & rubbed down, I need to polish it more, but it's looking good. Today I swapped the cam covers over, the Stylus' one was powder-coated blue, so while it looked nice, it wasn't really the look I want for the Stylus, so I cleaned most of the red coating off the Quantum's cover & put it on the stylus & yes I know it looks ratty now, but it'll look better when it's finished. I filed off the "16v Zetec" & "Ford" lettering as well as a raised rectangle, so it just needs finishing.

It won't take a proper polish (too much zinc in the alloy) but I'll clean it up more than it currently is & buff it a bit. 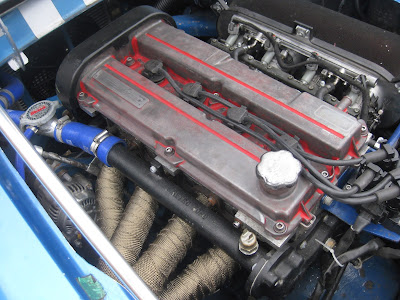 My plan is to replace all the plastic covers with alloy fabrications, so it'll fit right in.

I know it's not to everybody's taste, but bear with me - it'll work out.

Also in the list today, there was a hidden switch to cut power to the LP fuel pump, which means that thieves can only drive the car until the swirl pot empies - about 10 miles if they're carful. On closer inspection the switch looked very industrial, so it  was replaced with a smaller, lighter one. 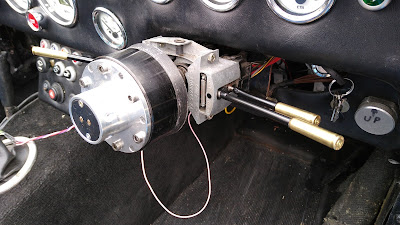 On the subject of smaller & lighter, I was walking on the heath at the back of my house with Duncan from the SKCC some time back when we happened upon some blank bullet cases (the Army use the area to practice "running-about-&-shouting), usually they're very good at picking up after themselves, but they'd missed a few & saying "I could make something out of those" I put them in a pocket. 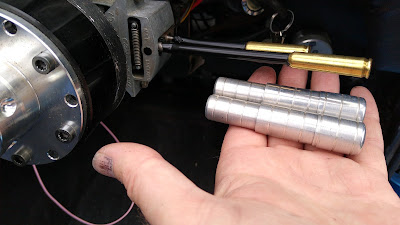 Well now I have, I replaced the large alloy stalk ends with the bullet cases - as brass is an alloy they've gone from billet alloy to bullet alloy - see what I did there? I also re-instated the missing wiper stalk, so in the fullness of time, I'll remove the wiper switch in the centre & wire the stalk back up. 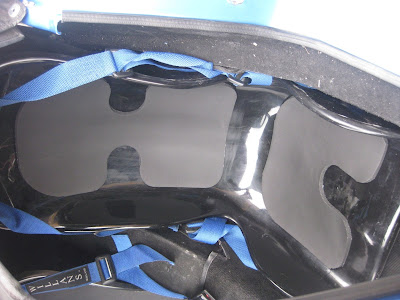 Finally for today, a large box arrived with sticky-back foam in. The seats in the Stylus seem to have one complete set of foam pads shared between them.

I'd looked into upholstered pads & while they were a decent price, they were more than I wanted to pay right now, then up popped an ad for a dozen 10mm thick x 500 x 300 self adhesive foam sheets for £10, they arrived today & I've made a set of pads for both seats. They are NOT of professional quality, but will suffice for now.

And yes, Blatter still can't turn an image round