One thing the Stylus lacks is any form of de-mist for the screen. It must've had something once for SVA & there are slots in the dash top. A few times in the Fury I had the screen fog up on autumnal mornings so it needs something.

My brother had bought a small heater unit for his hotrod truck but hadn't got around to fitting it, then saw something he liked the look of more, so I had the small one. But first......

.......today I mostly trimmed the second door, but the nice nylon spacers on the driver's door turned out to be a piece of ratty MDF on the passenger side. Nylon spacers ordered. I also mostly fitted the first trim panel to the Quantum, but couldn't find a 7mm drill for the riv nuts, I managed with a 6.5 & a file - then I lost the 6.5! 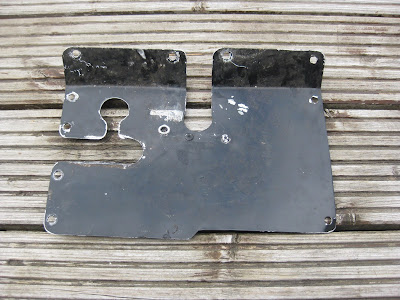 The heater will fit quite nicely to an aluminium firewall panel outboard of the steering column, but getting the panel out proved to be something of a nightmare, but in the end it surrendered. It was only a little bent.

While it was out I took the opportunity to take the paint off it & as it's the panel a lot of the wiring passes through, I've cut it in half & made a join-up piece so in future it'll be much easier to remove - except half of it will have a heater attached of course. 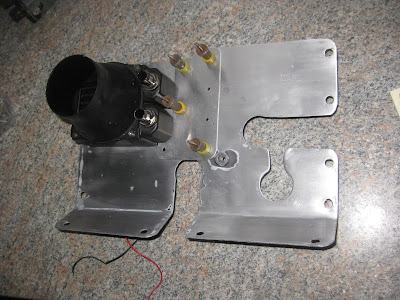 Tomorrow I'll rivet the joiner to the right side & put rivnuts on the left side, so the right side can be unbolted & removed. I've also drawn up a plenum to bolt to the fan inside the car to distribute the air to the dash top & an intake to fix over the inner face of one of the "gills" in the front wing, so it will only take in fresh air.
Should work a treat