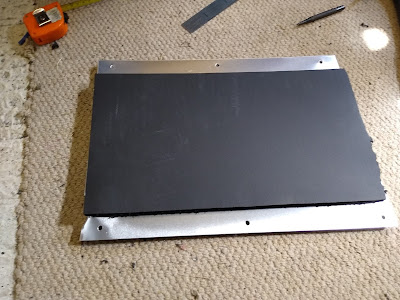 While showing my Dad round the Stylus yesterday I pulled on the boot lid & it opened. This was a bad thing because the latch was still umm - latched. The boot lid side was just screwed to a piece of black painted MDF glued to the inside of the lid - only now it wasn't glued any more.

Oh well, better it happens in the garage than on a road trip.

The glue had been on what looked like a plastic sheet further glued to the lid itself & it took AGES to scrape all that off back to GRP, but then I looked round & decided that starting with a new latch would be a good idea. so having collected a few bits of aluminium bracket I made something up, but then stopped when the postie bought me some aluminium sheet. 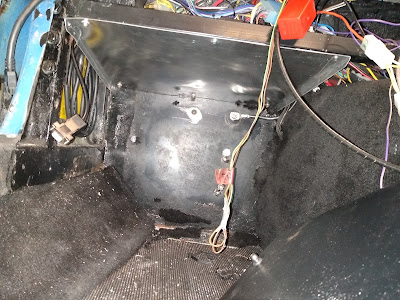 This was for roofing the footwells to stop passengers kicking the wiring, give me somewhere to put the ECU & water pump controller, stop some rattles & generally tidy the thing up. 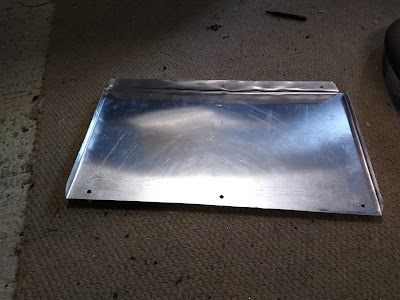 Simple job really, measure, cut, measure bend, then frill, fit riv-nuts, apply foam to stop the wiring rubbing the aluminium (which can be very abrasive), fit & admire. The second one (driver's side) I made a little higher by folding the front edge & fitting it to the vertical face of a chassis tube. It gives me a little more toe room & makes it easier to remove, as that's the panel that's likely to have to come off. 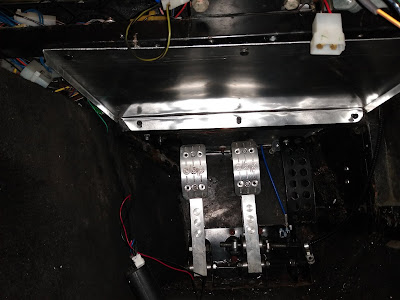 Not big, exciting, flash or clever, just one of those jobs that makes the car a little better, makes the wiring easier to sort out as it's not dangling to the floor & hopefully with the wiring all properly supported, it should be a little more reliable.