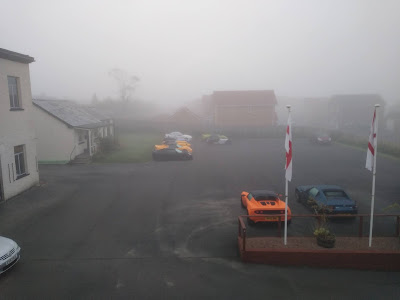 Day four began with a bit of a surprise when I opened the curtains to see thick fog, but the weather guess suggested sun to follow & indeed that’s what happened. But it wasn’t the worst surprise – the Elan Valley road was closed! OK we got a clear run yesterday & took it “at speed”, but this was a problem. Over breakfast options were discussed & a conclusion arrived at.

We’d do the first bit on A roads & revert to the smaller ones once we passed the trouble spot. 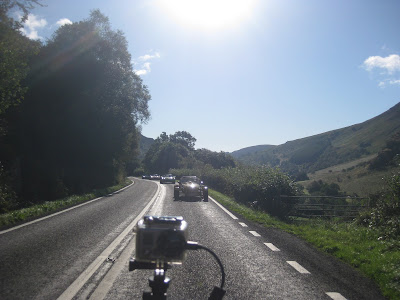 There was inevitably more traffic & I got stuck behind an artic, as I eventually passed it the SatNav went blank – I knew we had to turn off, but not where. With a burst of speed the Quantum wasn’t capable of before the engine swap, I was able to catch the leading group just as they turned left onto a mountain road. 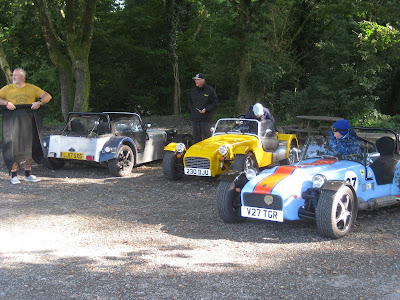 When we’d passed the Elan Valley, our disappointment was eased by another visit to the Devil’s Bridge station where there was more cake, but thankfully fewer wasps, after which we wended our way over moorland roads, some of which were a little small for comfort, but we were again in mid Wales where coffee stops are few & far between, but just in time we found a small garden centre & had some lunch because the guest house for this evening didn’t do evening meals. 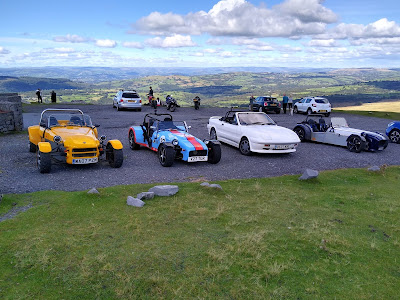 Shortly after that our Elan Valley disappointment was well & truly forgotten when we got a clear run up & right over the Black Mountain road. At the top I took some pictures of the same car I was in last year, parked next to two others I was parked next to last year. 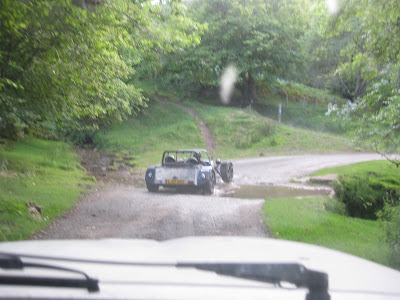 The route then took us through Brecon where I got lost & then into some very remote places with tight little winding roads with rivers going across them & eventually down to a petrol stop where the last of the route was pruned as it was getting late, but not before one last mountain road which seemed to be used as a communal sheep toilet. I was glad for the lack of rain at this point.

Some of the Rogues ordered up a taxi & went in search of a pub, the rest of us ordered in Pizza for tea in spite of the lack of phone signal making it near impossible.