I took the car to Merrow Tyres this morning, it's in Farnham, about 15 miles from Merrow, maybe there's a story there....

I got the tracking set after replacing all the front ball joints & again the car has become a little nicer to drive. There's not going to be a eureka moment, just minor improvements. In the afternoon (after FINISHING the front bedroom) I took the dash out of the car again & rationalised the wiring. Here's a picture of what I cut out of the loom that ONLY goes to the stereo, heater controls & two power outlets. 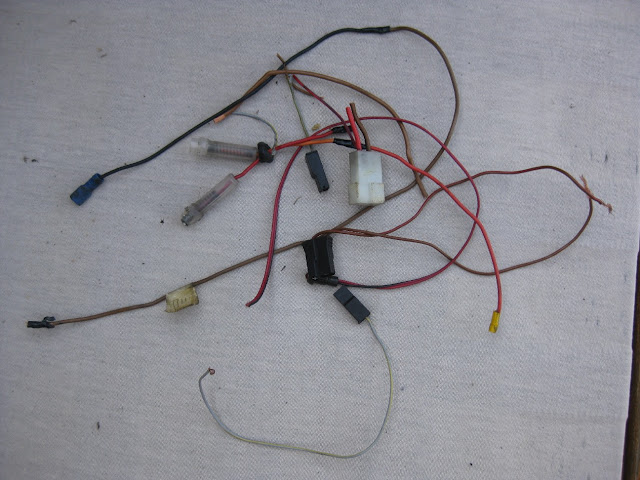 In some cases a wire of a diferent gauge & colour had been soldered on, then another wire of another different gauge & colour had been soldered onto that - & the first one was long enough! There were connectors feeding connectors & if there were four bulbs to light the panel, four wires came down to them, but in spite of all the connectors, it was still not possible to separate the panel from the dash!

On the upside, the courtesy light has started working, so I'm guessing something I did had fixed a fault there. The boot lights still doesn't work, but a/ there's a similar rats nest in the boot & b/ while there is a wire going to the boot light switch, there's nothing earthing it to the car. 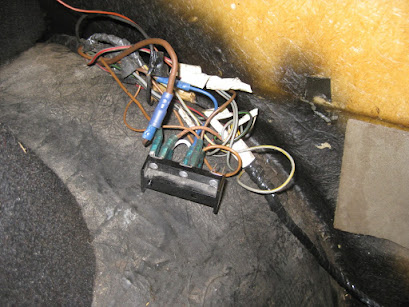 After tea I sallied forth again, I sort of sorted the rat's nest in the boot.

The black thing at bottom appears to be an earth busbar, but usually they're secured to something. I deleted it & put all the earths to an earth stud through the boot front wall.

While I was in that area I looked at the boot lights & the bulbs were a little corroded, but worked arfter a little manipulation, the next problem was indee the absence of an earth with to the switch - no sign it ever had one either, but the main issue I discovered with the boot lights was nothing to do with them not working at all. 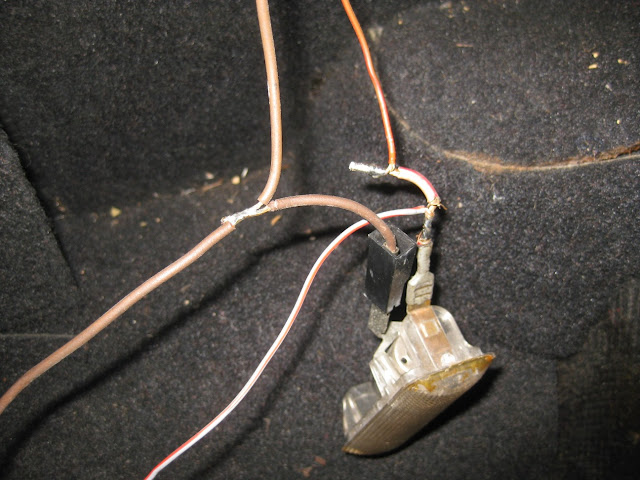 Wire soldered to wire with no insulation at all - it may once have had some tape stuck round it, maybe. Needless to say it's all been cut back, neatened up, heat shrinked and now (drum roll)..... 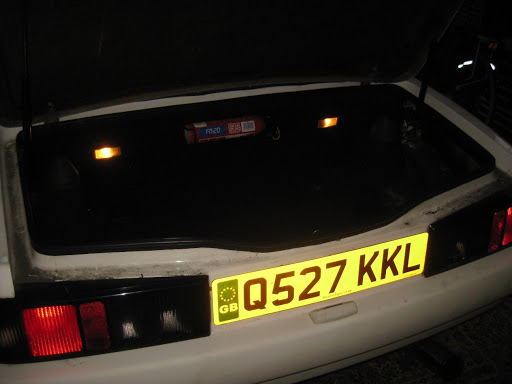 I've been saying since I got the car there was room to hide a body in the boot. 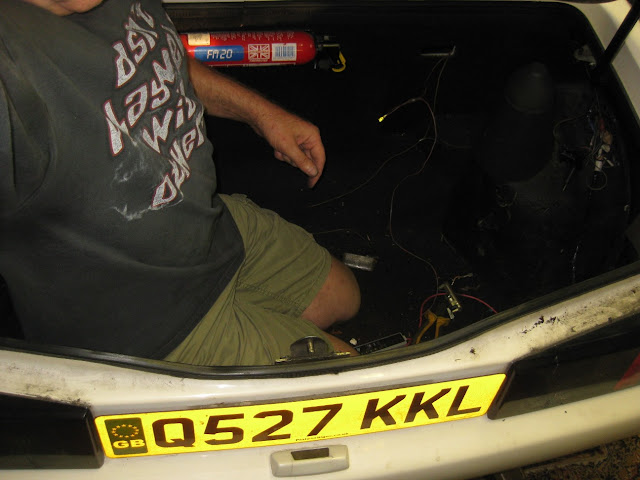