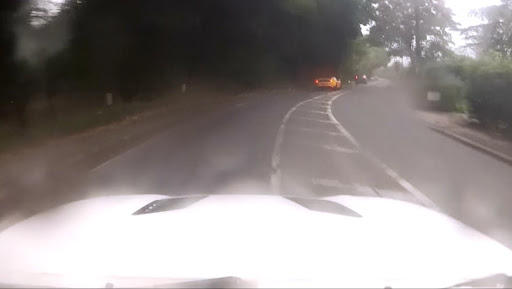 Early start today to get to the meet point for 06:30. As I rumbled along the M25, Roger joined from a slip road just ahead of me. We went along together until he pulled in for fuel, I went on to the meet point. It was pretty damp & murky, foggy even, but not cold. 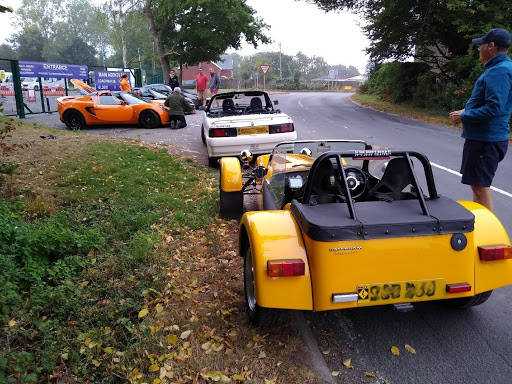 I arrived to see anothor flotilla of Lotii, but shortly after my arrival some SKCC kits arrived.

One of our number had collected a pidgeon to go with the pheasant he collected a couple of weeks ago. The pheasant had taken the No. plate, the pidgeon took the grill. His car is being dismantled by avian wildlife.

We set off through the lanes, a cracking route & one largly free of traffic, 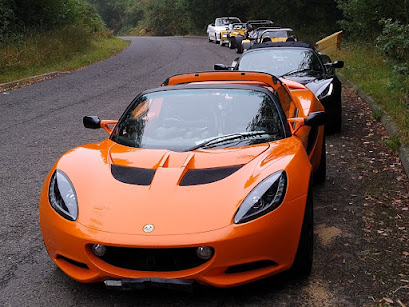 though there was the inevitabe closed road, which took me forever to turn round for, a combination of heavy steering & not much lock.

I didn't realise but the other kits had turned round, retraced their steps & waited for me. Once I'd turned round the SatNav said "turn left" so I did, assuming I was now some way behind.

So I did the last few miles alone & thought I might as well put some fuel in the car for the trip home. I had a little difficulty re-fitting the cap but though nothing of it.

When I got to the Excellent Sovriegn Light Cafe at Bexhill, there were only Lotii to be seen & the cafe was shut! After a while both the kits & the cafe staff arrived, so we got our fill of banter & breakfast.

I went sort of along the coast as far s Eatbourne & noticed that the small of petrol was becoming stronger, I pulled over & saw streaking on the body below the filler, took off the cap & realised the new seal I'd bought to replace the 20 year old cracked one was dissolving! after a week!

I drove very carefully until I got to Guildford where I called my Brother "you know that rubber you bought for making the oil pump seal for the CustomLine - got any left?" He did - & in a choice of thicknesses, so I drove to his house & he made me a new seal.