The priorities today were the MoT items & making it drivable. I looked at the clutch cable eventually deciding to take it out of the car. It’s different to the “spare” one the man gave me – a different length, so I swapped them over – eventually. 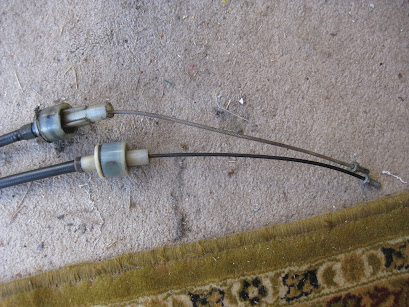 It involved quite a lot of swearing & I decided to take the seat out – Jees, I could barely lift it! I was told it’s a Peugeot seat, but it weighs a ton, then I found some “additional switches with scraggy wiring which distracted me for a while, then I looked at the fuel pump, it’s a Facet “ticker” pump, it was rubber mounted, sort of. It was bolted to a plate which was rubber mounted, but the plate was a foot long & a really bad shape so the weight of the pump distorted the rubber mounts until it touched the front sub frame & being permanently distorted had split the rubber.

Also useless was the horrible plastic fuel filter a previous owner had fitted, THE FACET PUMP HAS A BUILT IN FILTER!! (sigh). So that’s all temporarily improved, then I looked at the back brakes – the handbrake is next-to useless, so I thought I’d take off the drums & take a look – no, the Quantum is a Fiesta-in-a-posh-frock & on a MkII Fiesta you have to break down the wheel bearing to get the drums off . Not a job for today then, so I re-fitted the seat – still wondering if it came from a gold smugglers car & they forgot retrieve the last couple of bars – then back to the clutch mods, which had made almost no difference at all. But it is better & as it’s improved, the gear selection is getting much easier.

Then I went out for  test dive & took a couple of pretty pics for posterity, then to my brother's to take him round the block. The car's now done 120 miles for me - thats 25% of it's annual mileage each of the last four years! 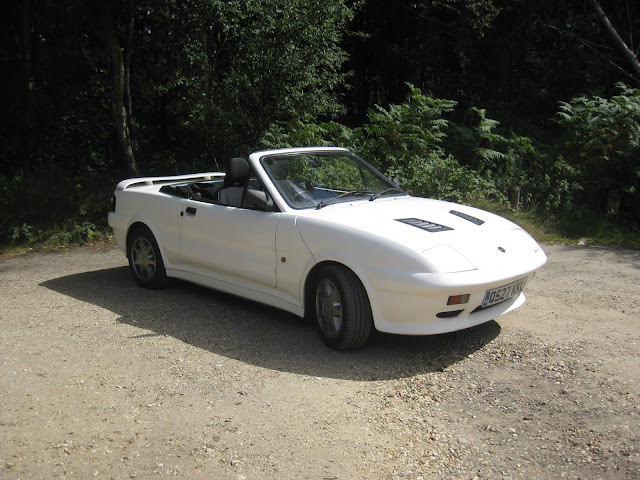