The Southern Kit Car Club put on a decent effort for the National Kit Car Show - much delayed & re-arranged which may explain the lack of an awful lot of suppliers. The two main shops I wanted to buy from were not there & the usual three halls had shrunk to one sparsely occupied hall. The club stands were better attended but numbers were still very much down on previous years. Some clubs like the Royale owners' club were here in numbers I'd never seen the like of, others like the Rickman owners may as well not have bothered, with two Rancher campers present. 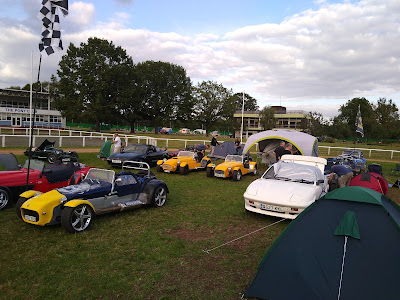 Anyway, we had a nice drive up, had a look round, drank beer, ate burgers, talked bollocks & had a lousy night's sleep. 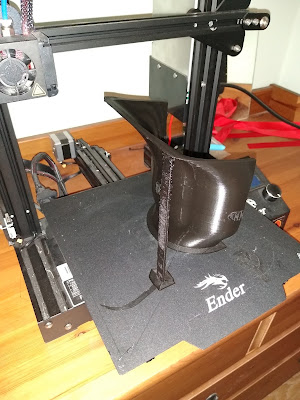 In garage news I had printed the upper steering column shroud & it fitted quite nicely, then immediately started the lower one going, I wondered if there would be enough filament to finish it, but in the event that wasn't the problem & it finally finished printing only ten minuted before I had to set off the following day! 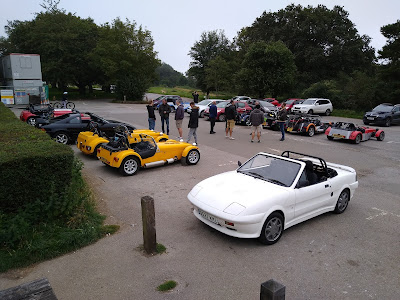 I arrived at Newlands Corner with a few minutes to spare & chatted with the chaps, then we headed off. we were quite late leaving this year which meant the traffic was worse than usual, but when we did break free of 30 limits, viscious speed humps, festival traffic etc we found ourselves stuck behind cement lorries & combine harvesters. All very frustrating. but in the end we arrived & while driving round looking for our pitch I was waved onto the Quantum Owners Club stand (busy) & had to politely wave a refusal. 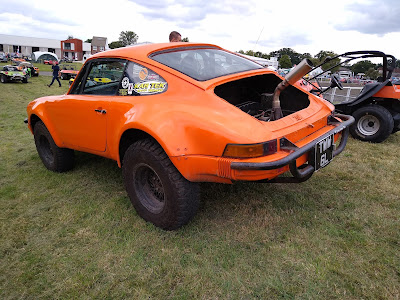 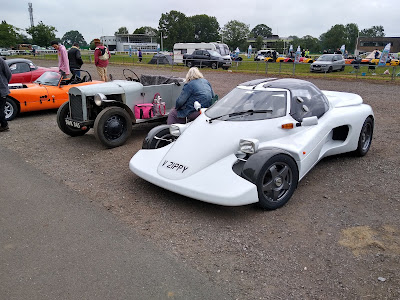 So I couldn't buy a lot of the things I thought would be easy, but I did get a piece of ribbed floor mat to replace the driver's side one which was plainly cut the wrong way up as the ribs aligned the wrong way, & a rear view mirror as there wasn't one. 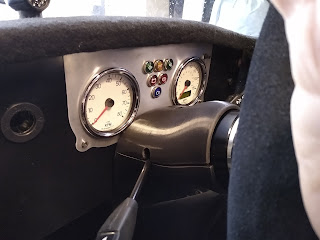 On arrival home - the Quantum having performed pretty much faultlessly (except for a few ground scrapes & a minor exhaust leak at a joint) achieved around 45mpg, I cut the mat (correctly) & drilled the dash top for the mirror (hanging if from the screen surround in the normal way puts it in the way of seeing out), then made up a plate with two riv-nuts & glued & riveted it on, so I now have a nice shiny mirror. I then fitted the column shroud & I'm about ready to tax the car for some test miles.
Posted by BlatterBeast at 21:51