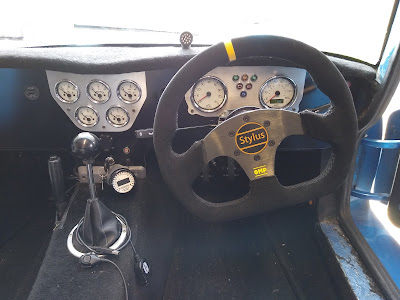 Hooray & hoorah the primary clocks arrived as promised from ETB - unfortunately they billed my credit card one day too early for it to be held over to next month's bill, but what-ever.

They slotted straight in & connected to the existing wiring (which is one of the reasons I went for ETB clocks) & all I had to do was plug in the old speedo, get the calibration figure off it & put it in the new one, the tacho came pre-set & it all seems to work & the milometer starts at zero, so all the miles on it will be miles I've done. 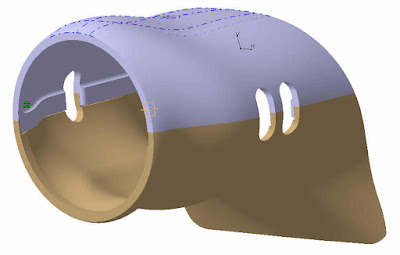 Yesterday I set about drawing up a steering column shroud & printing it. This was a bit of a strain as it involved "surfacing" on the C.A.D. system, which is all a bit "airey fairy" & not very geometrical. I printed a first fit (in "prototype pink" - it said it was RED when I ordered it) which kind of fitted, then tweaked the design & printed it properly, then (as I generally do) I decided I could do it better & re-designed it & printed it again. The bottom half is on the printer as I type, but the top half fits so it should all be good. the pic below was "hot off the press" the front edge was the face on the build table, I've trimmed it all & cleaned it up now. 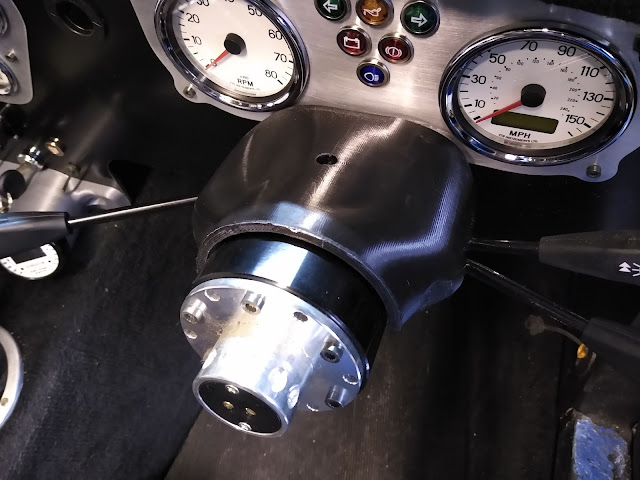