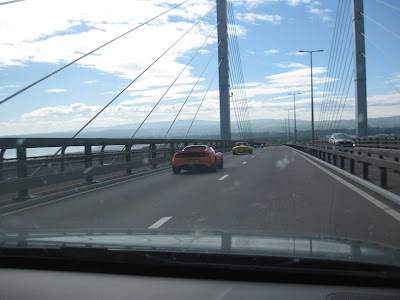 The last day in Strathpeffer, after breakfast we said our farewells as while the hotel itself was a little past it’s best, the staff had been very good. In my head, my plan was to go south through the cairngorms to my Son’s house at Glenrothes, then after leaving early the next day, intercept the other Rogues, but to go on further to investigate the “hammerhead” of land (pick-axe maybe) beyond Stranraer, then return the “The Glen” in time for tea.

It all went wrong. 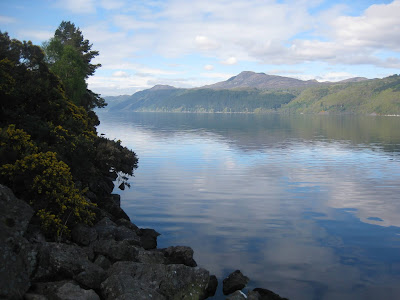 Firstly I realised that the Rogues route went past Loch Ness on the southern side – I’d always wanted to try this road, so decided to follow them for the first section. That lasted as far as Inverness when a red light at a junction halted just me. I did get one instruction over the radio, but after that, nothing. I pulled over & looked at a map on my phone & found the village of Dores on the south shore & put that in the SatNav. But by then I stood no chance of catching up, especially when the road forked at Dores & I went the wrong way. 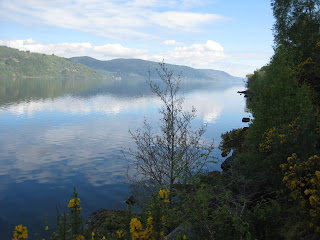 But “General Wade’s Military Road” was very nice indeed, I realised that all the pictures you see of Loch Ness must be taken from it as the sun lights the far shore. I stopped to take a few pictures – something you can’t really do on the main road on the other shore. After a while I re-joined the main road for a while, but turned off before Fort William, taking an excellent & very quiet road south – the A86 – I shall remember that. Again I stopped for photo opportunities, joined the A889 which was also very good – and then the A9. 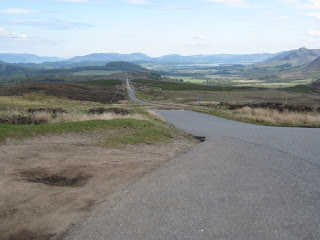 Oh dear. If ever there was a road specifically designed to cause anger & frustration in the road user, this was it. A 60 limit with average speed cameras – but – a 50 limit for HGVs so the traffic is stuck doing 50 behind a series of rolling road blocks. Then when there is a dual carriageway that would allow you to overtake, there’s a contraflow with a 40 limit – don’t ask me why half a dual carriageway in use demands a 40 limit when the single carriageway we were on just before & after has a 60, or indeed why we couldn’t have been directed onto the single carriageway road that ran parallel & only 50ft away to keep it a dual carriageway. To add to my irritation I’d set the SatNav to “shortest route” in the hope that it would get me off the A9, but that only resulted in it taking me right through the middle of Perth where the A9 goes round (sigh). 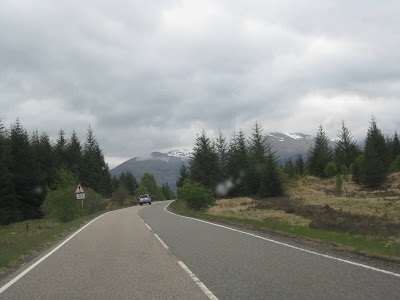 But after all this I eventually arrived at my Son’s house at about 14:00 which allowed me a nice long play with my Grandson.