A later start today with breakfast at 08:00 & discussion was all about the weather. Yesterday the forecast had suggested that the best of it would be in the north, so we had provisionally decided on the north coast tour. However, by the morning that had all changed & the rain was from Inverness northwards & the best of the weather was in the west. So Skye it was. 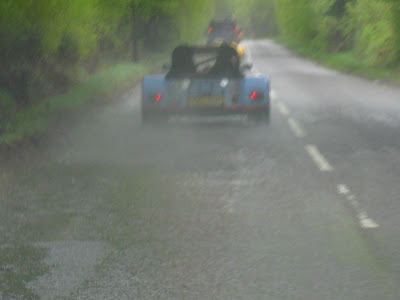 The weather was “moist” when we set off with proper stair rods, I left last & was following Linda who’s car would often just disappear in a cloud of spray & steam, but – the further west we got the less it rained & it did eventually sort of stop – mostly - ish.

On the up-side the rain seemed to bring out the colours. Out on the moors there are really only three colours, the green of the grass, the yellow of the gorse flowers & the brown of last year’s ferns (or whatever it is) but will some rain & a little sunshine all these colours were vivid. I would have said that “dayglow beige” wasn’t a thing before this week. We managed to stay more or less together – except for the couple in the Seven who took it into town to have its’ squeak checked out, fortunately no problems were found. 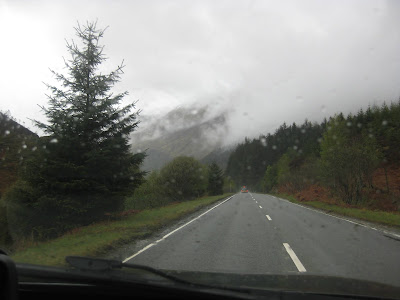 Arriving on Skye we were all together & looking for a coffee stop, I saw one in a nice old building & we pulled in, but one of our number had got detached & missed us. A little later a tall man with short hair & a bandana over his face appeared in the foyer & we all looked & waved – but it wasn’t him – Ooops. 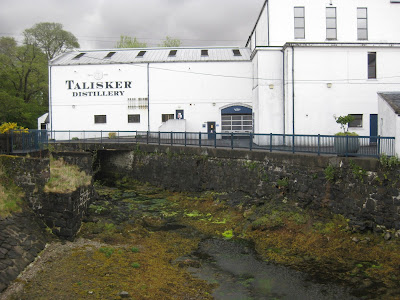 There was some discussion about visiting a distillery & I had put Tallisker on the route, but as it happened I was the only one to see the sign by the roadside. I thought I could nip in, buy a present for my friend who had suggested Strathpeffer as a base & also the garage the Seven went to & still get round Skye in time to meet the rest at the fuel stop – in this I failed. But I did pick up a small bottle of 10 year old single malt as a thankyou. 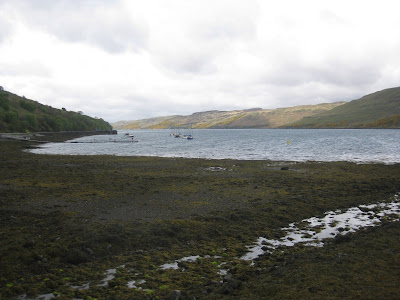 But I digress. I headed out from the distillery & back onto the main road & followed the SatNav across a moorland road that I though was really nice & down into Portree, then back to where I’d missed them at the fuel stop.

Skye was as spectacular as ever I’ve seen it, more so for the occasional bit of sunshine, but as I travelled east I caught up with the rain that had been falling on Inverness.

At tea time my local friend joined us as an honorary rogue for the evening – which was nice.

Another good day in spite of the weather.