So where in the world am I?


Lanzerote this week. A very pleasant place to be too, Staying at the Sandos Papagayo Arena, a fully inclusive type hotel which it has to be said, is rather good, Right on the southern tip of the island & close enough to the town to be walkable, but not so close that you get disturbed by it. At this stage I should point out that this update will include no car related news at all. 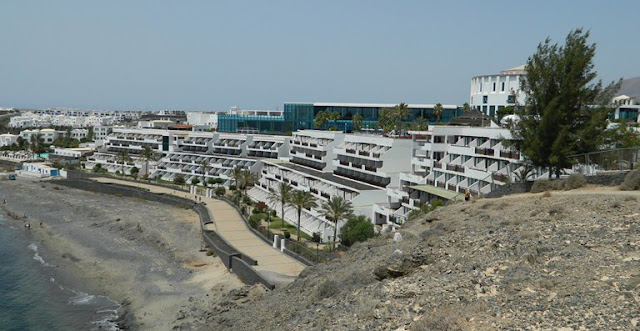 While the hotel can’t be faulted (except perhaps that they have only one music tape, shared between two bars one in the day, the other at night) The climate is causing me some problems, not so Mrs Blatter & certainly not the Blattettes who have been exposing large amounts of pink flesh to the golden orb so seldom see in the UK. Anyway I’ve finished my all-inclusive beer, think I’ll have a rum & coke next. This purgatory will end tomorrow when we fly back to the UK & within 9 hours I’ll be on the road to Chester to do some troubleshooting for Airbus. So blatting is unlikely in the near future - got to finish the fuel system first.
Posted by BlatterBeast at 16:02