This morning I decided to take the Stylus out to the "White Lion Antiques Classic Car Show", I checked their web site & there was no sign of a cancellation, so I set off. On the A30 I found myself following a Morris Traveler which I assumed was going to the same place, however, it turned off the road at Blaclbushe Aerodrome where there were other old cars parked up. "odd" I thought & carried on, but at the Antiques shop there was no sign of a meet, so I went back to Blackbushe & turned in there, to find a man waving frantically at me.

"I was going to the White Lion Antiques show" I said. "Blimey - that was years ago" he replied. I was directed to park up alongside the Traveler I'd been following.

After the usual "It's a Ginetta isn't it?" I wandered round the show looking at the wide range of vehicles it had attracted, from 1920s cars, through lorries & a coach, to classics, hot rods & kits. It got quite crowded towards the end. 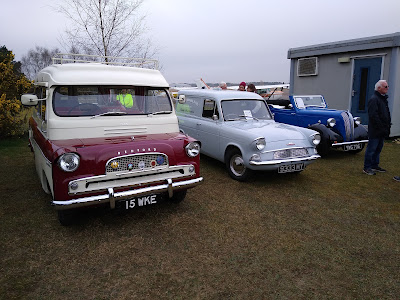 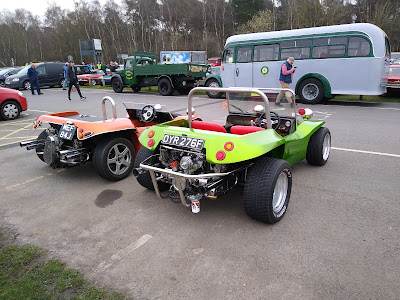 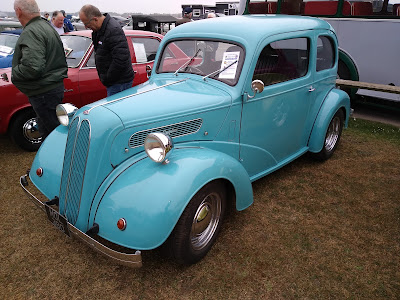 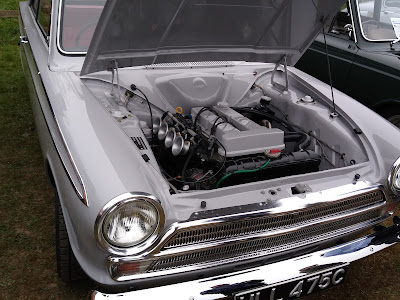 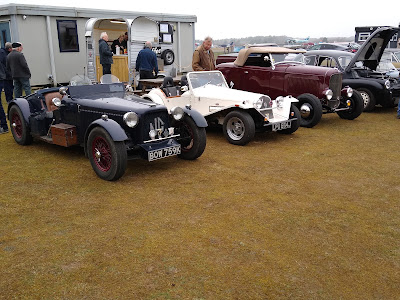 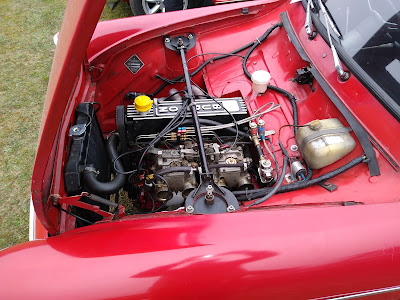 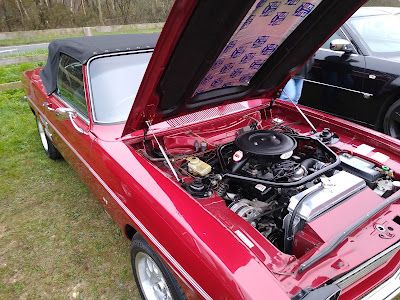 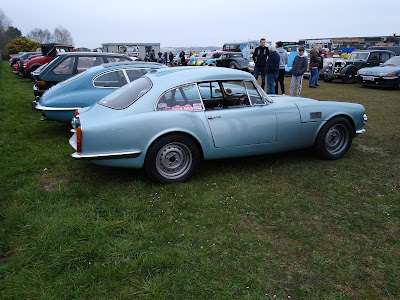 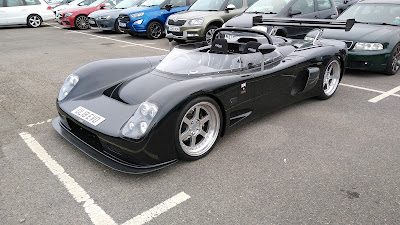 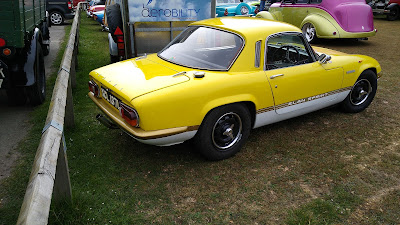 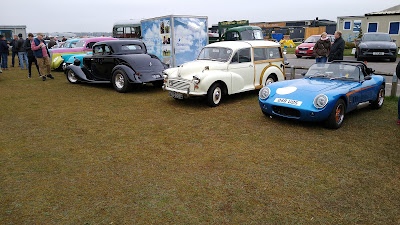 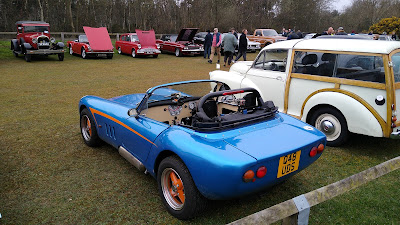 The Stylus at its' first show - I got many pleasing comments 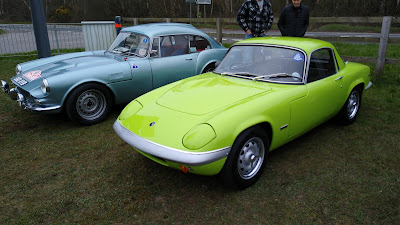 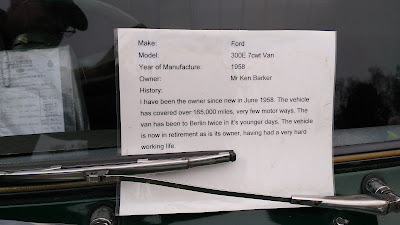 This note was pinned to the screen of the 300e below 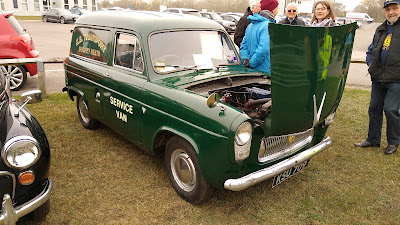 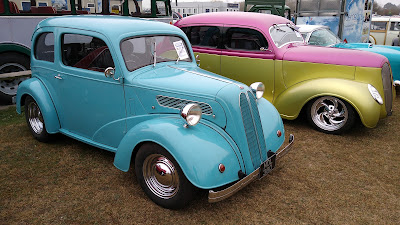 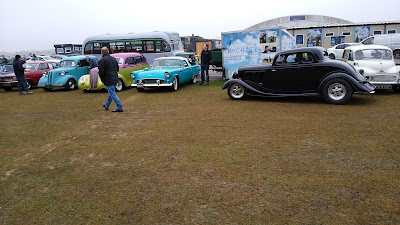 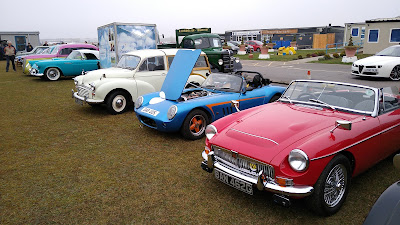 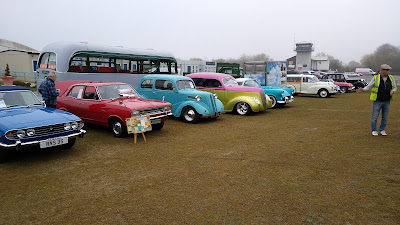 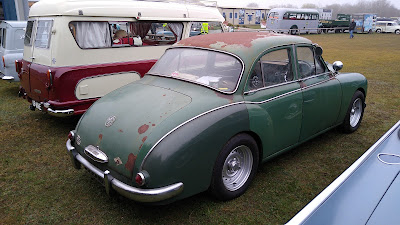 Rust Magnette (see what I did there?)
Posted by BlatterBeast at 18:23