The last day. This was a sad thing, it was officially the last day, though three would be taking two days to go south as they took two days to come north. The one who had furthest to travel set off first by the shortest route, then the elises & one Seven bound for Hull left & the other three cars, two Sevens & a Citroen left just a little later. 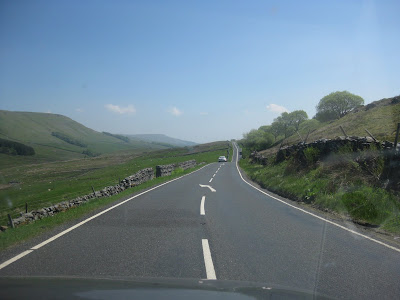 The route mostly reversed the route up, Hawick was still being dug up, but the Cactus had been refuelled just north of Selkirk the day before so I didn’t need the fuel stop we couldn’t get to. The closed roads threw the SatNav into a quandary, but I’ve been through Hawick so many times recently I knew how to find the B road we needed. The problem was that we ended up behind a minibus that went v-e-r-y s-l-o-w-l-y for 12 of the 16 miles & where there was an overtake opportunity, drove in the centre.

Shortly after that we were on the M6, then Tebay South to get a drink & buy CAKE – we like cake, then we began traversing the Yorkshire moors. The roads are good & the scenery is lovely, but I’d failed to realise it was a sunny Bank Holiday Monday at the end of a lockdown & EVERYBODY was out. Every village, pub & tea shop was rammed with folk, & the roads were busy with those who had finished & were heading home or were still driving around looking for somewhere to park. They were not in a hurry & were not going to let us past in case we got to the parking space first. 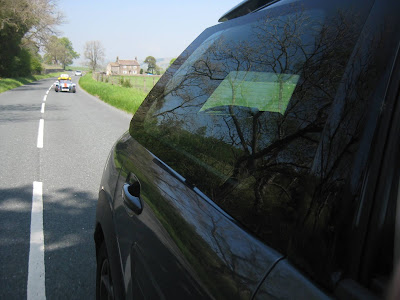 But it was a lovely day & a pleasant drive. Soon enough we found ourselves on the A1 / A1M with the SatNav warning of delays of up to ½ hour which magically melted away as we approached them, we had to slow to 40 or so a couple of times, but it wasn’t at all bad really. 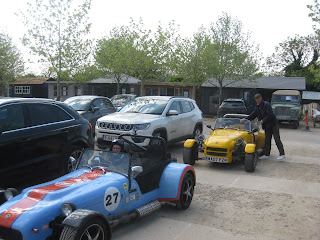 Then we arrived at the garden centre we’d set off from ten days before – on that occasion we just caught them as they opened, this time I walked in as they were wiping down tables “are you still open?” I hazarded “only for coffee & cake”. This was of course music to our ears, we like cake.

Then one left for Peterborough & the other two left for London’s passenger side, but got split up almost immediately afterwards. On the M25 in busy traffic I was surprised when a bike came past me on it’s back wheel, followed by another, then several more bikes came screaming past, then three matt wapped, “stanced” cars weaving in & out to keep up with the bikes. I was expecting to be bought to a halt by the inevitable pile up but I must assume they waited until they left the motorway for that & then I was home. The Cactus’ dash showed 2,500 miles at 60mpg & remember I said it was filled north of Selkirk? I went to my brother’s the following day & the dash said fuel remaining was enough for 248 miles. I set off driving & it increased to 261.

One day back & we're already discussing Rogue Runners '22, any suggestions for names?