Back To The Quantum

After the excitement of the Rogue Runners' road trip, I had to get the house ready for my son, daughter-in-law & grandson to stay with me for a few days, then there were other things that needed doing (cam belt in my daughters' car), but eventually the Pendulum of Priorities has swung back to the Quantum.

The flip front was a mess really, at some stage quite early in its' life someone thought it would be a good idea to put vents in the bonnet & sourced a couple of GRP mouldings of the vents Ford put in one of the mid 90s fast escorts. I hope they were cheap because they look like a moulding of a moulding of a moulding of the Ford part. They'd fitted them (in my opinion) 6" too far forward & because they were horrid they had painted them & an inch all around them matt black. 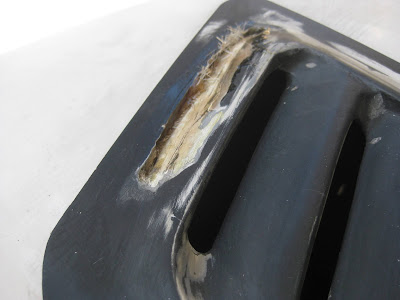 They were aso badly fitted, with cracks all round where the filler (which looked suspiciously like window putty) had come out. I'm not good with bodywork, but I have tried to fill the gaps with new GRP, then filler, then high build primer & my Brother has a local company that can match a colour with a rattle can ful of paint, so I'll drop a headlight cover off with him later on & I'm hoping that I can paint the whole thing white, or maybe just paint the louvres in the vents black. 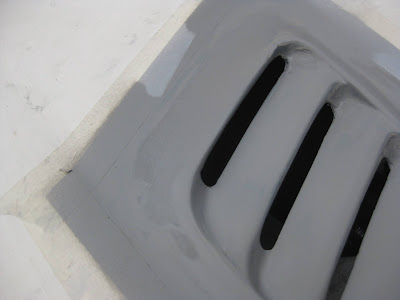 At the same time I've repaired the centreline front damage. I guess someone has opened the bonnet onto a kerb & pushed in an area the size of a tennis ball with star cracks speading out 6" in all directions. Again the filler did not look like car filler so I dug it all out, put a piece of glass mat in the hole & filled it, then ground out the star cracks & filled those too. So far it looks OK, but we'll see how what happens when the paint goes on. 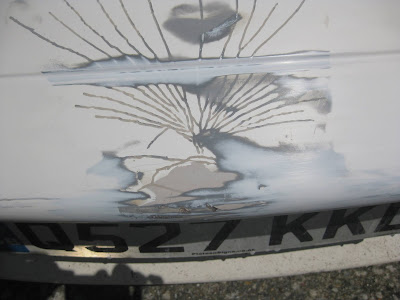