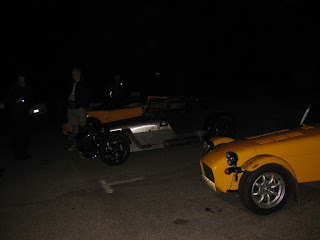 It was dark when I set off - very dark indeed, in fact it was still very dark indeed when I got to Newlands Corner to meet another five bleary-eyed blokes heading west for a long weekend's driving - yes, we were all keeping a safe distance apart both in & out of the cars. One of our number was running late & sent word that we should set off & he'd meet us on route. So we headed out into the dark.

This was the first trip with the Quantum & it had only had the last of its’ ills mended a couple of days before so I was "a little concerned".

Last year (I didn't go having just wrecked the Fury - was that really only a year ago?) they turned up at the pre-booked breakfast just inside Wales an hour early, this year we were almost an hour late, so on average, pretty punctual then. 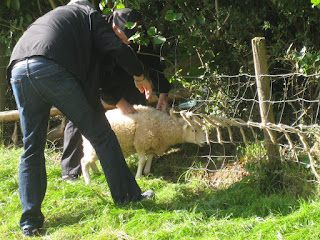 Linda was waiting for us when we arrived & having scoffed we set off. We pretty much went up the middle of Wales, I don't remember too much of this except rounding a blind corner to find a Hi-Lux coming towards me in the middle of the road - that got my attention. There was also an incident with a sheep - we'd stopped for a break & someone noticed a sheep-in-distress having got it's horns stuck in a fence. A couple of the group rescued it & sent it on it's way. I reached the hotel in Llangollen in the early evening, 300 miles barely any motorway, we had tea & I was in bed by 9:00 - asleep. 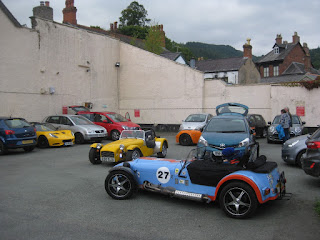 Day two & there were two routes to choose from, we chose & headed out. For some reason I was leading which was fine all the time the road was narrow & twisty, the car can hold its’ own in the corners, but as soon as it opened out a bit I pulled over & let the others by. It was shortly after this that I touched the brakes in a village & the bonnet opened & fell back! I stopped & shut it properly. 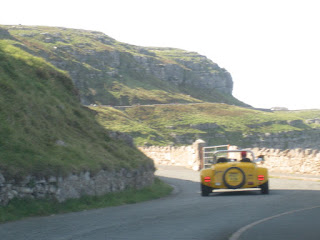 There were the usual splits & re-formings, wrong turns & no turns where there should've been, so two of us missed the first coffee stop & then found a third who had also missed it, so the three of us carried on & rolled into Llandudno stopping by the prom for a coffee & in my case treacle tart. The route when round the Great Orm & while we were in the queue to pay the toll, talking on the radios, the other group arrived, so we circum-navigated the Great Orm in convoy. After that it was some excellent moorland roads. Slowly heading back to Llangollen, but inevitably we got split up & two of us never made the coffee stop at the Ffestiniog railway. 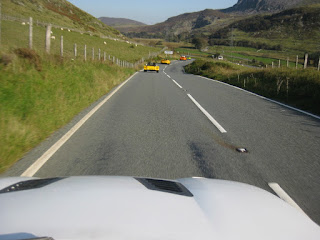 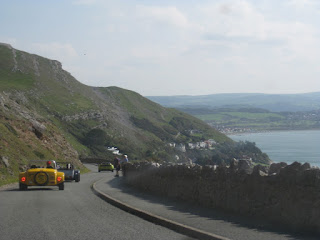 Back at the hotel, the car park was rammed, but shortly after we arrived, one car left a corner space allowing us to get three cars in. After a wash & brush up I decided to go for a quick walk around & get some photos of the river Dee, this turned out to be a big mistake because I started thinking about when I was last there with my wife & youngest daughter in 2018 & came over all melancholy - even the ducks were paired up in couples. So then I took myself off for a long walk by the canal to sort my head out.

On reflection, maybe not the best choice. 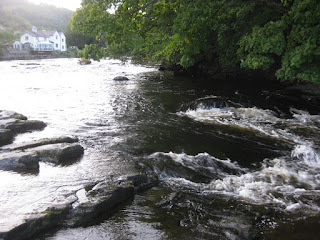 No beer for me this evening (or tea come to that).