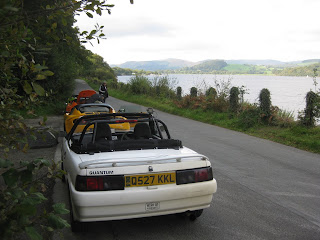 Where was I? Day 3 maybe? As usual we caused chaos in the car park before leaving, today we would be heading southish, There were lots of moorland roads today, heading first towards Bala, the glorious Elan Valley, the Black Mountain & "the Military Road" - so all the best bits in one beautifully sunny day.

The roads leading to Lake Bala were good & there was no traffic that held us up through the Elan Valley. Hellfire Pass had plenty of traffic though & unfortunatly is was here that we suffered our only breakdown, with one of the sevens in the following group breaking the gear selector remote & having to limp to a repairers with duct tape holding it together. 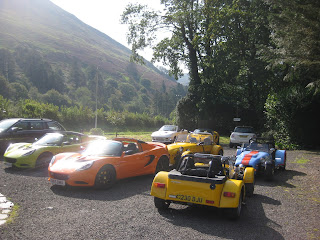 Us in the leading group discovered this as we stopped for coffee at "Mr Benn's pub" - no idea what it's real name it & it's a hotel not a pub, but it'll be forever "Mr Benn's Pub" to us. 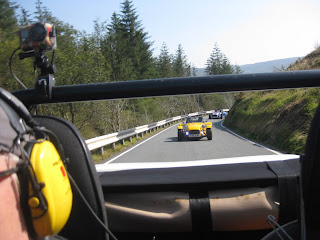 Inevitably we got separated & in the event I went up the Black Mountain & did the Military Road alone - I was the only one to do the whole 300 miles, the bonus whas that when I say alone, I mean just that - no traffic! 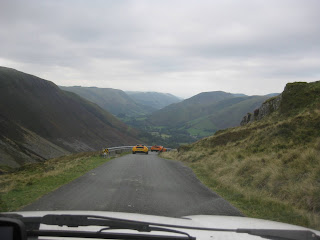 By this time the Quantum was properly singing. It seemed to me that it got faster as the week went on, I've heard of cars being "run in" a second time after years of little use & this seemed to be the case. It still struggled up the steeper hills, but was generally more "willing" & the road-holding was excellent for a front wheel drive car. 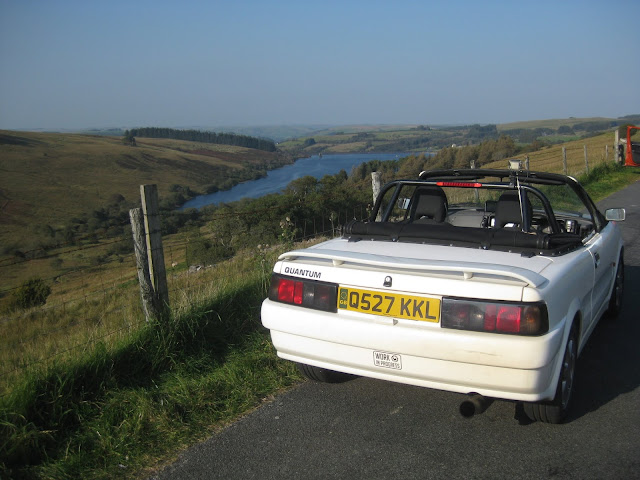