After a rough night not sleeping terribly well, it was a bleary eyed Blatter that had a coffee & marmite toast, before heading out to Newlands corner where Agatha Christie disappeared. I arrived to find Duncan & Robert in their yellow sevens & parked up next to them. 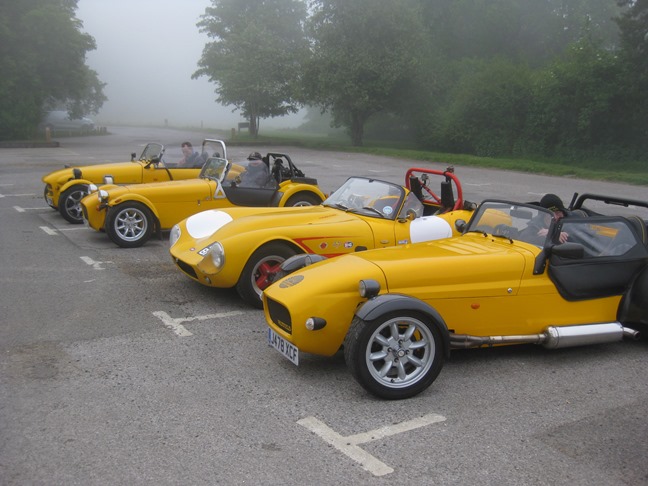 A lady jogger went past & asked if we were the yellow car club & were any more coming, at which point we realised the Dave’s car is yellow too. He arrived & after a quick chat we circumnavigated Guildford & tackled the Pirbright Bends, there’s a 30 limit on them now after a great many Novas & Corsas met their ends there – sadly some of their drivers too as evidenced by the bunches of flowers & football shirts nailed to trees. Speeding was not to be an issue today as we were stuck behind a van - & not for the last time either.


We passed one corner of Farnborough Aerodrome & drove up to Tweseldown Hill (pronounced tweezel down) a lovely windy smooth piece of road that we had plenty of time to appreciate as we were stuck behind a horse box. Shortly after that we passed the cameras & multiple fences of the Atomic Weapons Establishment.

We stopped for petrol on the outskirts of Reading, then the villages got double-barrelled & the land got lumpier as we headed into the Chilterns.
I was starting to get concerned about the time. Breakfast was booked at the meet point for 09:30, but as 09:30 came & went we were still on the road. I thought we must be getting close as we curled round RAF Brize Norton & just before 10:00 we entered Bourton-on-the-Water & had to wait for what seemed like an age at roadworks.

I got ahead of the others & screeched to a halt on double yellow lines outside the hotel to let them know we were about to arrive. There wasn’t a member of staff to be found, but on my second time round the breakfast room, I found Linda waiting patiently, so now I could go back & park the car amongst all the oriental tourists taking pictures of everything.

Dave, Robert & Duncan had arrived by now & found three parking spaces & after a little driving about I found one too. So we ate our full English & caught up on things before setting off again. By pure chance I bumped into Eddy Pace - an ex colleague, who had seen the car parked up & wondered if it was mine, then Linda shooed off a small swarm of Italian youths who had taken up residence on her car & now as a group of five, we headed out of town.

Next we hit some dual carriageway to move us quickly towards Gloucester & then we passed over the Severn at “Over”. After a couple of miles we found some hills & some roads winding round them, I included a loo stop here, but then drove straight past & had to turn round.

After that we crossed the River Wye & entered Wales at Chepstow, where we made a fuel stop. All through this period there had been occasional showers, but fortunately never enough to make us actually wet.

So into Wales then & a mixture of valley roads & trips over moorland until we got to Ferndale where we take some of the wriggliest roads I’ve seen on a UK map, but – again we were doomed to be following traffic, the other side of the valley was much better, the road was smother & wider & at the top was a large layby with an ice cream van & stunning views. 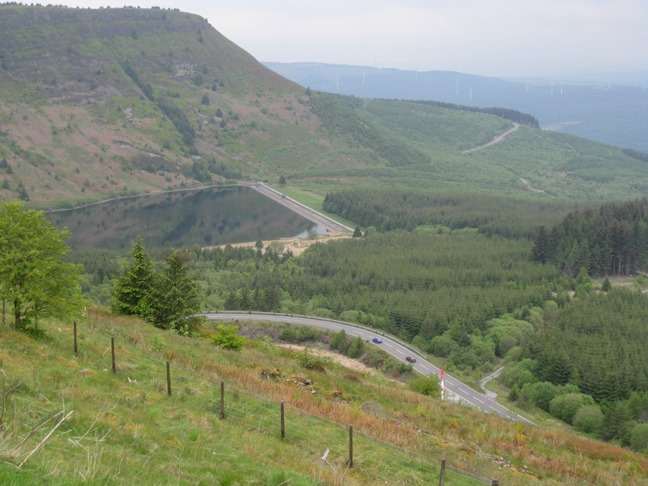 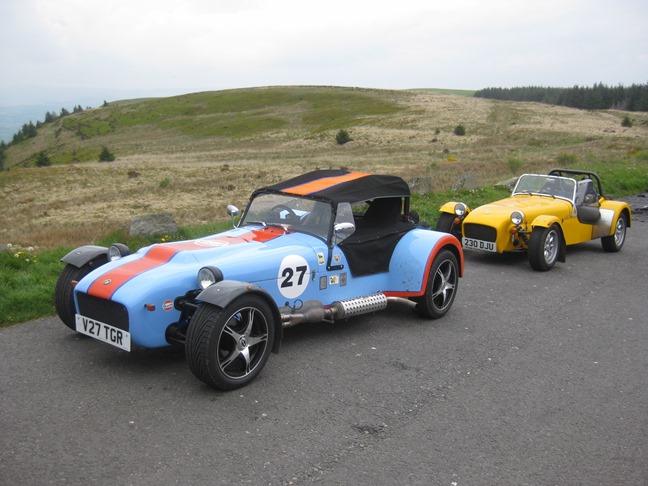 We had been looking for some refreshment for some time, but the Welsh don’t seem to do roadside cafés with car parks. After that road which was just fantastic, I should’ve taken the route direct to the hotel in Llanelli, but when writing the routes, I decided to add some more “interesting” roads – which turned out to be festooned with speed humps, or 20 limits, or speed cameras, or all three. Even when we did find a wide A road with a 60 limit, the locals were out in force driving resolutely at 40. 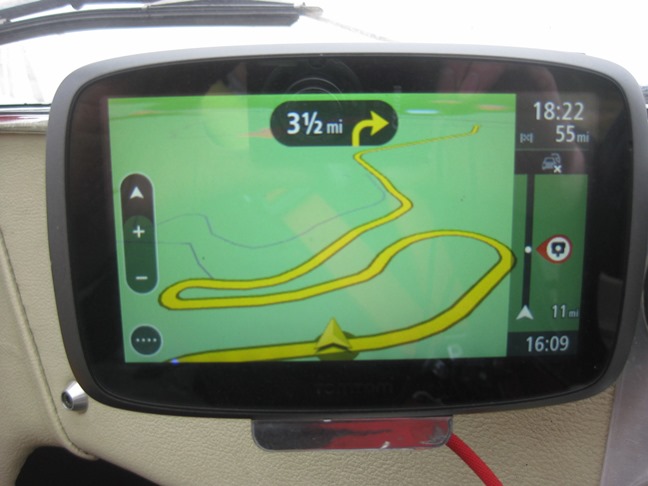 We found our hotel for the night, the only "chain" hotel on the trip & settled in, but I had picked a location in the centre of the local Japanese car fans race-track so I was kept awake for a while