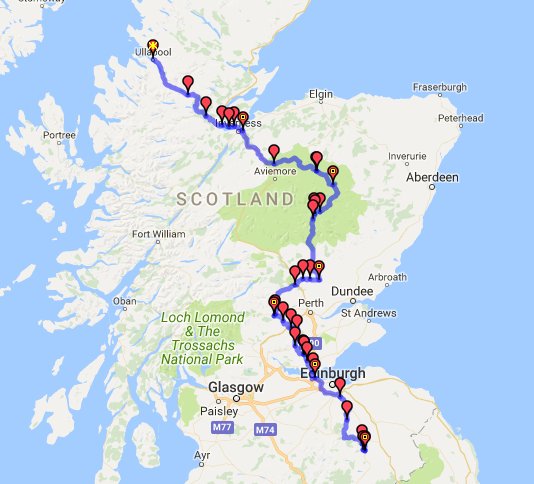 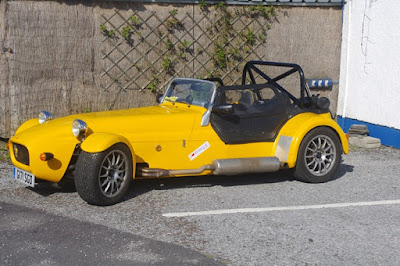 After a night out in the flesh-pots of Ullapool, after a day driving the towns of the north coast, there was always going to be a "morning after" something was bound to happen - & it happened to Brian.

Brian is fastidious about his car so it was with a certain amount of giggling that the sticker appeared at a suitably wonky angle. 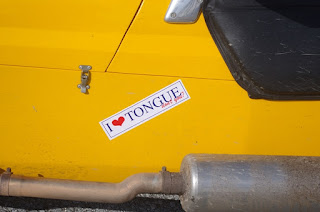 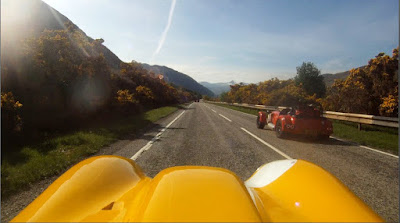 here was a choice of two routes today, there was actually a choice of a high road & a low road. both routes were the same from Ullapool to almost Inverness & we decided on the high road after that, but I decided to stop to take photos today, so ended up at the back, then there were some SatNav “issues” & I became detached completely. 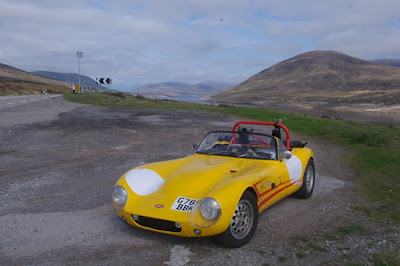 So I took the opportunity to look up the place where my son grew up before overtaking a small flock of Model T Fords, stopping for a photo, getting passed by the T Fords, overtaking them again, crossing the Cairngorms – where the roads are epic & I found an old AA box so had to stop for a picture. 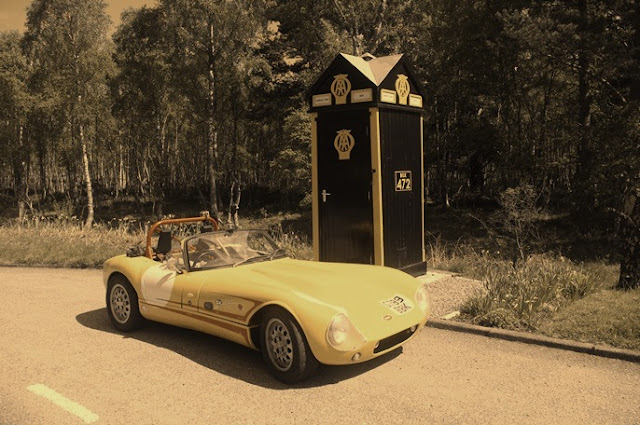 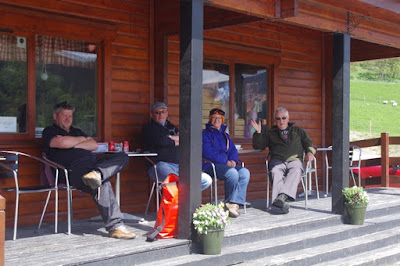 I met up with everyone else at a coffee stop, then lost them immediately afterwards when a couple of closed roads threw some confusion into the mix, then we dropped down towards Edinburgh. We crossed the Forth on the new bridge & I sidled into South Queensferry for a gawp at the Forth Bridge. 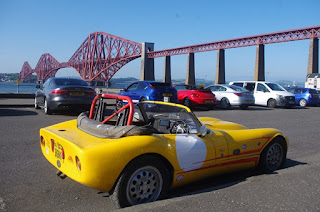 Awesome is an overused word these days, but the Forth Bridge fully justifies its’ use. Then I wrestled the Traffic trying to get out of Edinburgh before a last jaunt over the moors & finally – after about ten hours of driving - Selkirk & the Glen Hotel, a jewel of a hostelry, small, but with spacious rooms, an excellent bar, good food & a very welcoming atmosphere. After a superb meal & a beer or two, we retired to bed.