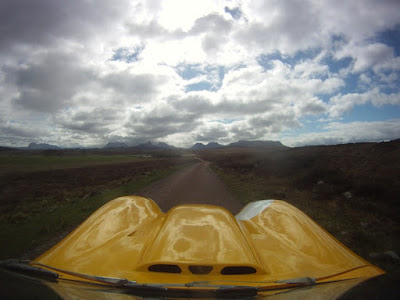 One of our favourite sections of road was on the agenda today, but two of our number had car issues to sort out, so the rest of us set off, first for a visit to the Summer Isles, as had been recommended by a Scotsman I sat next to at work. This involved some very small twisty roads, but the views & the village of Achiltibuie (Pr – not a clue) were worth the effort, The scenery was stunning & the traffic almost non-existant. After that, the main road to Durness. 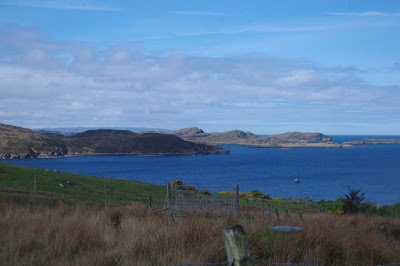 We stopped at a car park by the spectacular Kylesku Bridge, for a photo opportunity. Which also gave Brian the Civil Engineer (he's just more polite than most of us) the chance for a good walk round muttering enthusiastically about footings & expansion joints. 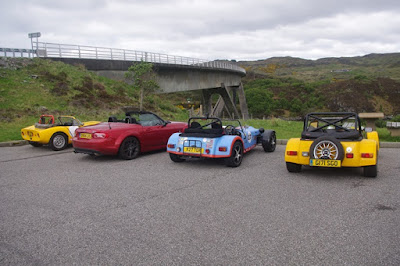 Next was a stop at the café in Scourie as usual, but it was closed. Someone in the caravan site said it would be opening at 12:00. As it was 11:30 & the missing two still hadn’t been heard from, we waited. But after a coffee, we still hadn’t managed to get a signal to contact them, so we moved on 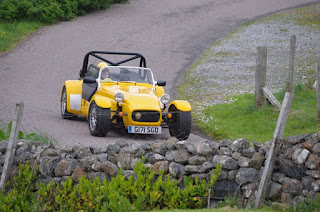 Then back on the road to Durness. It’s a terrific road, swirling as it does around rocky outcrops, as you venture further north the trees stop & the road sometimes reduces to single track with plentiful passing places – so plentiful they could just tarmac between them & we’d all be a lot happier. 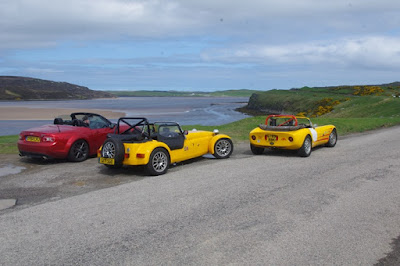 At regular intervals there are signs saying “use passing places to allow faster traffic to overtake”, which most people do, there were a couple however who seemed intent on getting in the way, including – bizarrely – touring motor cyclists, who would ride steadfastly down the middle of the road at 20 – 30. It’s simple, speed up or pull over. At Durness, we stopped & took a few photos, then moved on to Tongue, where our absent friends caught up with us. 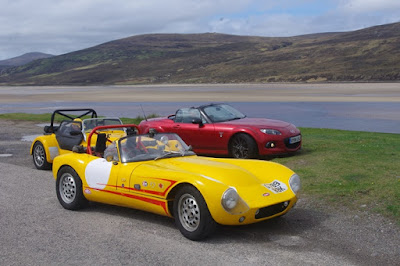 At Tongue I topped up with fuel at the worlds most expensive pump - there's no prices on it or any signs around it, the gauge comes from 1962 & the man comes out of a shop to fill the car, so you have no idea how much you've bought, but by working it back from average MPG - it was around £1.60 / litre - but his is the only pump for 30 miles in any direction. 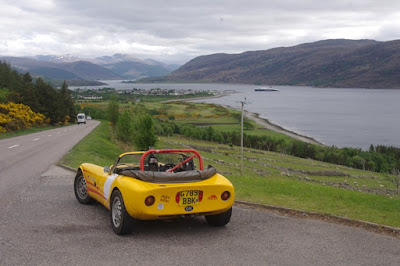 At Tongue we decided to head south rather than go across county to the east coast, there is a road that runs almost due south to Lairg, again it’s mostly single track, but has VERY little traffic, so you could (in theory) get up to – say – 80 or 90 if you were that way inclined. We of course travelled at a speed we felt comfortable with – and got back to the hotel really rather quickly.