Last weekend was the annual Stoneliegh Kit Car Show & Mrs Blatter being out for the day gave me the opportunity for a day out. Once again the show seemed smaller, but the sunshine had bought the clubs out is quantity, particularly the sparkly buggies 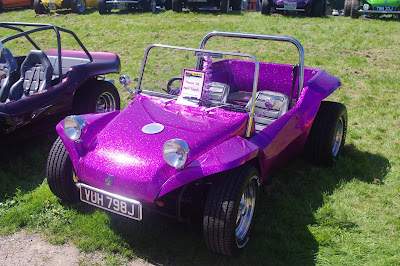 I bought almost nothing, just a few consumables, though I did pick up a ProTech sticker which is now proudly displayed in the engine bay with the other supplier's logos.


On the way there I noticed the rear of the Fury was bouncing over changes in the motorway joints, so I gave the shocks another click & it seems perfect now. 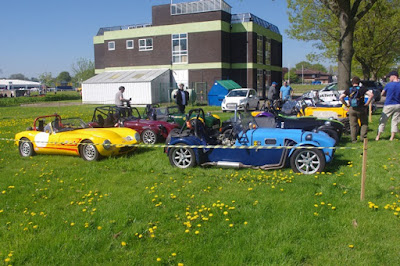 When I got home I was looking at the piping for the top hose & realised  that the "hump" over the suspension rocker was likely to be full of air, I slackened the clamp & the hissing of air & the rapid change in the temperature of the pipe I was holding told me I was right. I looked up the price of the specially made things for putting hoses in though the sides of pipes & then I thought, "I'm an injinear dammit, I'll make something, so after toying with a screenwash jet fitted inside the pipe with a hose connected outside, I settled on getting a titanium bolt drilled & turn down the head, this will get bolted into the pipe & the hose connected to duct the air back to the reservoir tank. So let's hope it works as there's not a lot of time left to test / replace it if it doesn't
Posted by BlatterBeast at 20:59