While sitting outside the pub last Weds, David T showed me pictures of a mod he'd made to his car, by co-incidence, I'd been looking at the same sort of thing only that afternoon.
When I built the car I fitted LED brake light bulbs on the basis that they light a fraction of a second quicker, thus giving the following car a fraction of a second longer to react, only after the car was on the road did I realise that as I'd used a hydraulic brake light switch which reacts to rising hydraulic pressure, not brake pedal movement, I'd lost that fraction of a second in system reaction time. A microswitch on the pedal was the answer & david's idea for accomplishing it was much neater than mine.

I set about making something on the Friday afternoon, bending an old offcut of aluminium such that the switch (from a long defunct washing machine) was a snug fit. Then bending the bottom into a pair of "feet" drilled for mounting. I soldered wires onto the tags as there wasn't room for spade connectors & the finished artical looked like this:- 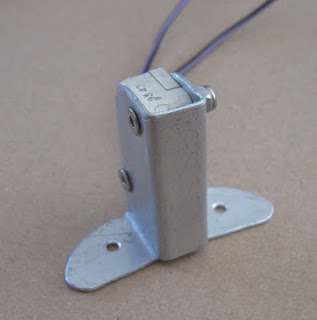 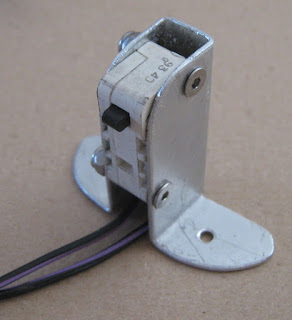 Drilling the floor to mount it was not an easy thing, the footwell is pretty difficult to get two hands to, but in the end I got two decent holes, fitted clip-nuts to the bracket feet, bolted it up & sent the wrapped wired through a gromet in the firewall to connect up in parallel with the hydraulic switch - job done - Can't explain why the picyres sideways though. 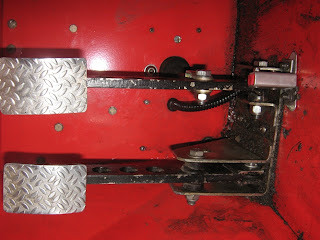