The weather forecast was good, a number of the SKCC’s far westerners were signed up, things were looking up.


The first problemette was the route, the .ITN file has 68 waypoints, the TomTom would only accept 50. I reduced the number & filed the resulting route (unchanged as far as T.Y.R.E. was concerned) on to the SatNav. As is so often the case on a blatt-day I was awake early, so got myself ready & even had time for a coffee. I pushed Mrs Blatter’s car out of the way & got the Fury out – it wouldn’t start.
Didn’t even cough.


I checked the fuses & found a 3A one blown “Aha” I thought “that must supply the ECU!” I replaced it & pushed the starter again, nothing – I pushed it again - was that a little cough? The battery’s pretty low by now, I’m already 10 minutes late, one more try before I text saying I’m out.
Wer …… wer ………. Wer ..wer .. wer wer wer werwerwerwer VROOM. 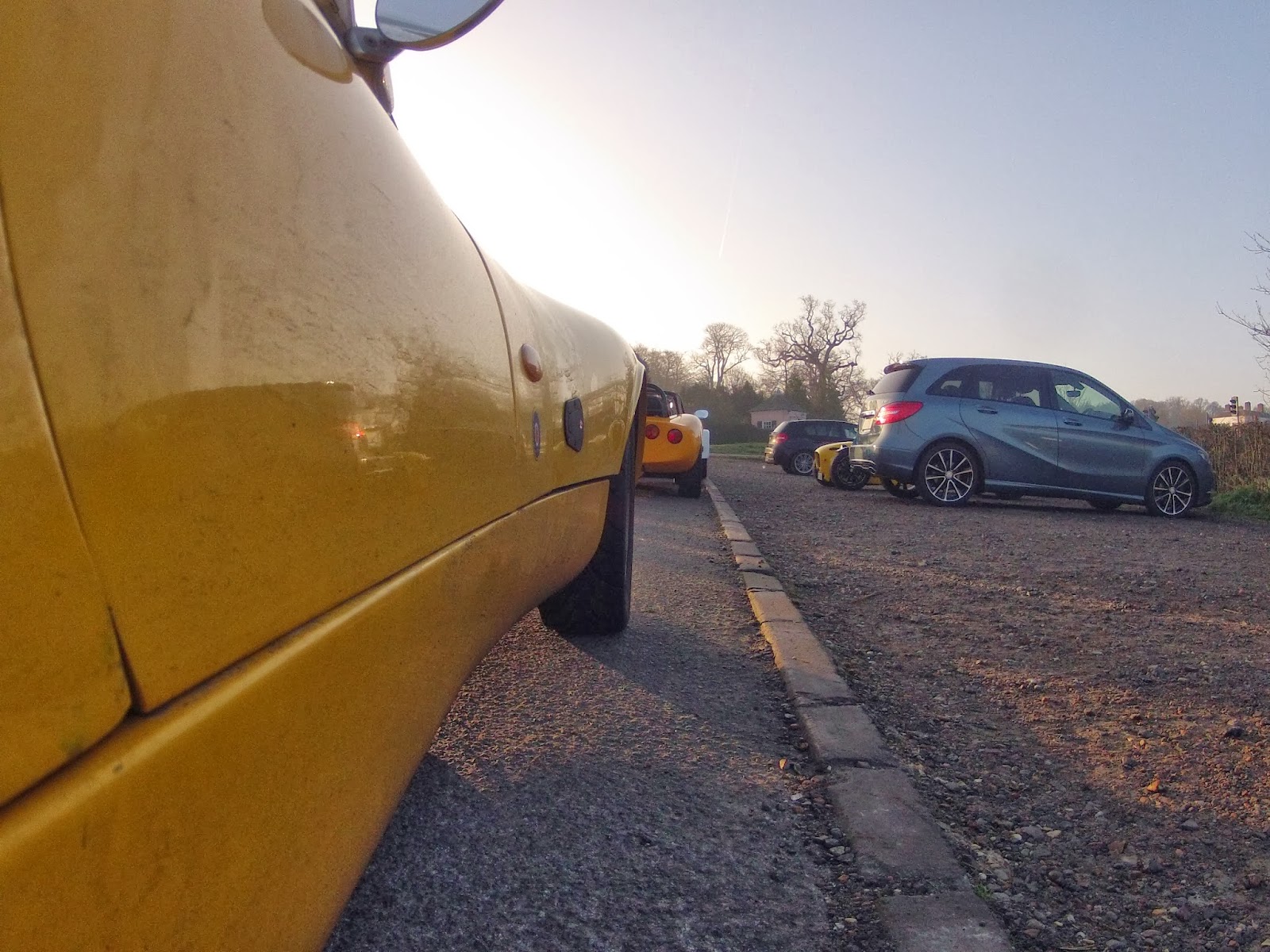 Hoorah – off we go. I usually amble to begin with, give the car a chance to warm through – not today. I arrived in Windsor Great Park with seconds to spare, so after a bit of ribbing about the number of camera mounts on my car, I set the camera up on the new side mount & we got going.
There's a still there to the left

What I didn’t know at this point was that:-


a/ T.Y.R.E. thought the route was the same after the waypoint cull – the TomTom didn’t.
b/ there had been a new version of the route sent out late last night. 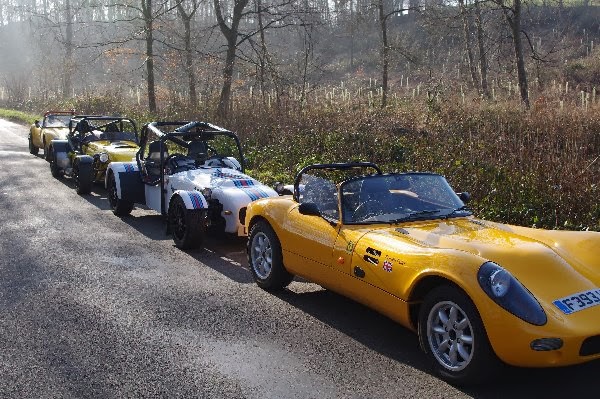 But oh joy! The roads were almost entirely dry, the sky was blue, the sun was up. Suddenly the winter was a distant memory. But all was not well, the volt meter was showing at best 12v often dipping to 11, was the alternator charging? Should I head home? I had a green light on the multi plug adaptor, so hoping it was just a gauging issue I pressed on. During the inevitable wee stop I kept the engine running to avoid embarrassment, moved the camera to the roll bar & we headed out again.


Last week there were some closed roads & this week was no different which added further layers to my confusion, then we hit Reading. We checked a tunnel for any resonant frequency issues (it was fine), then hit the ring road. Country lanes are fun, but so are three lane dual carriageways with roundabouts every mile. We were “cruising” in line astern along a three lane road when the lights changed just after the leader had passed through. Of the three remaining cars, the first stayed in the middle lane, the second went to the outside, the third went inside. There was only ever going to be one result.
The lights changed, three cars accelerated hard – I delayed a fraction as there’s no point filming an empty road, but then the car in the middle slowed – had he seen a hazard? Mr Plod? A camera on a stick? I backed right off while the third car charged towards the horizon (obviously at an entirely legal speed). It later transpired that the sudden slowing was due to a fluffed second gear.


Also loused up was the route, the first car (the one that passed through the lights) was waiting in a side road, my SatNav didn’t mention any side roads & it looked like no-one else’s did either, we kept a look out for our missing man, but as the breakfast café hoved into view, there was still no sign. He was phoned, no response. 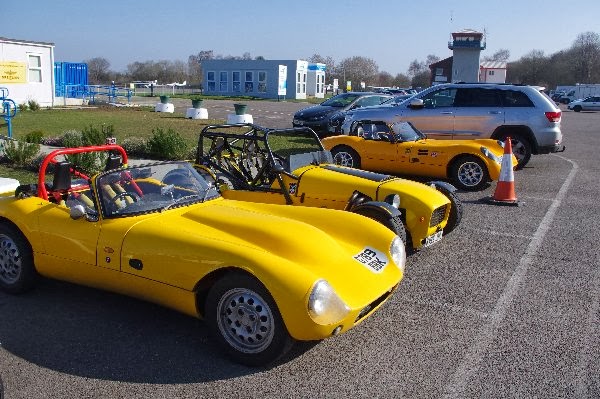 We ordered breakfast (one each) & chatted, then our colleague appeared, it seemed he’d followed the route to the letter & sat waiting for us for 10 mins before moving on. He didn’t seem to mind (much), hardly mentioned it at all in fact.


We ate a hearty breakfast & watched the little aeroplanes at Blackbushe, Mrs David T & little Miss David T appeared & we sat in the sun passing the time of day. But all too soon it was time to head back. I moved the camera again, this time to the radiator intake & headed off after Mr Mango, then after a cheery wave, managed to get a clear run along Kennels Lane.
The car didn’t run out of volts & seemed fine, though this morning it was reluctant again when I set off for work, so something’s amiss.

There's a video here - don't ask me why it comes up the size of a postage stamp!