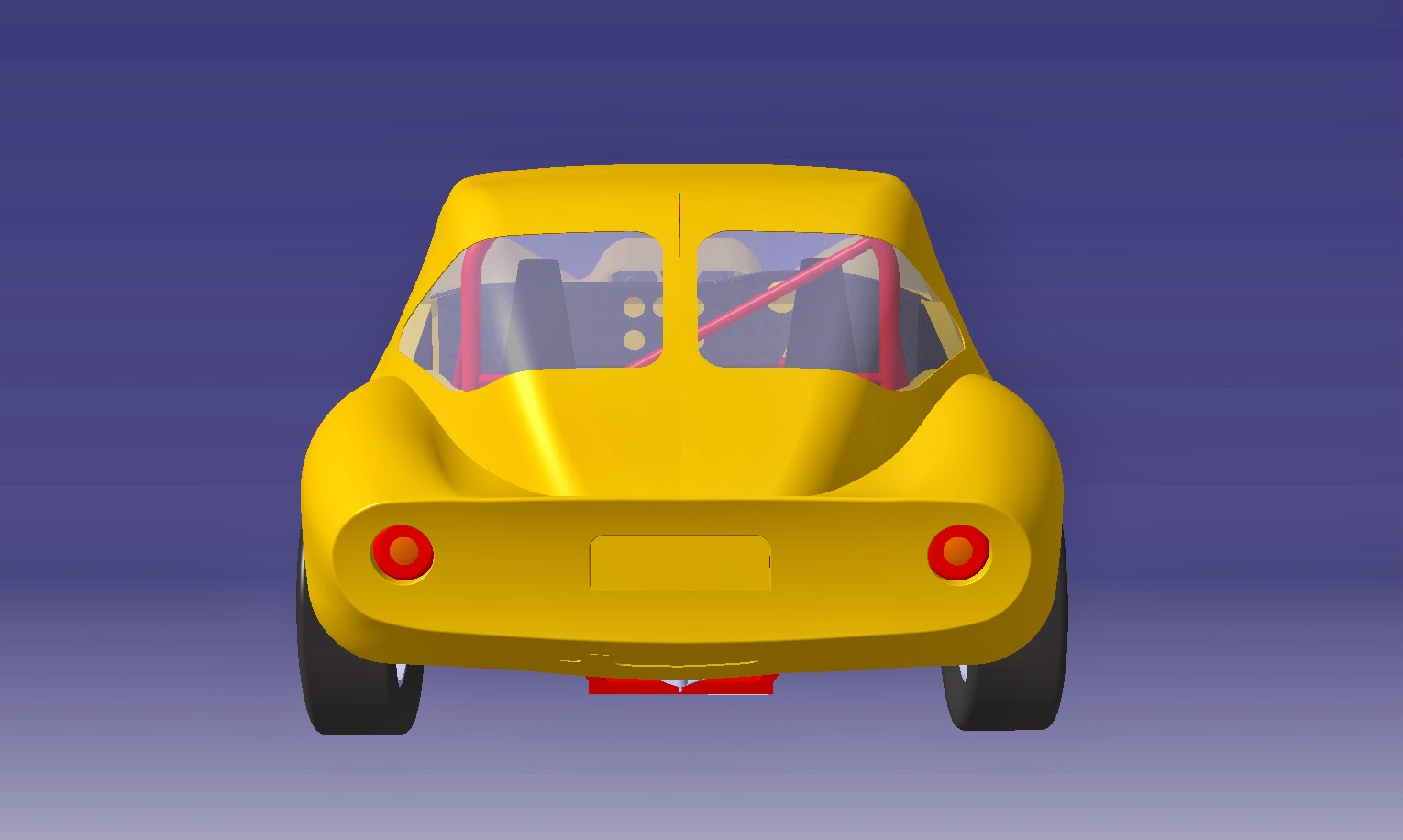 I’ve been playing with my CATIA model again. The object of all this fevered button-pressing & mouse-waggling (it’s a technical term) was primarily to learn about surfacing & also to establish if it was possible to come up with a hard top better looking than the “official” one. I started off drawing something like a ‘60s Corvette split screen roof – I quite liked it & the style suited the Fury.......... 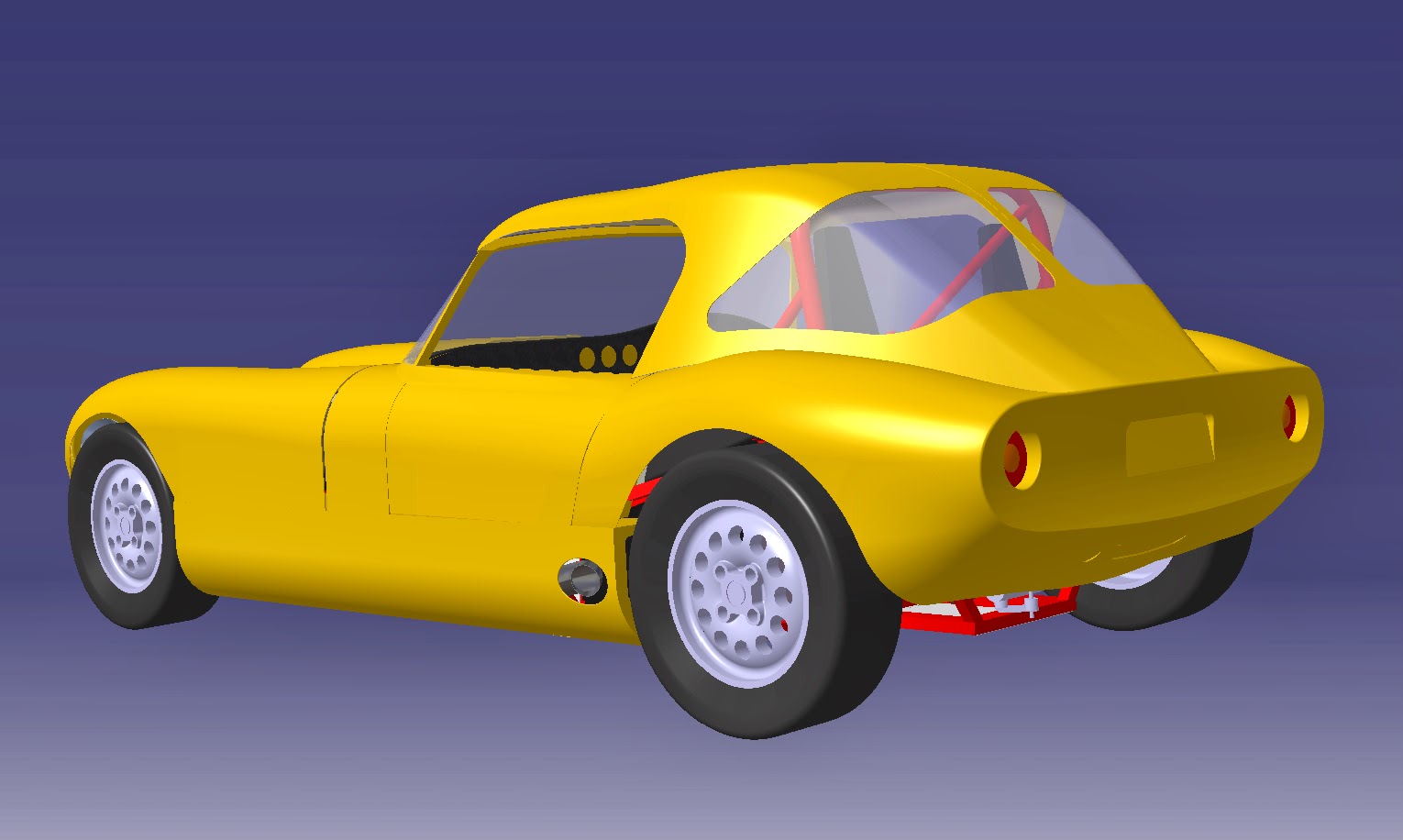 ....... but the stunted rear proportions made it look a little odd from certain directions. 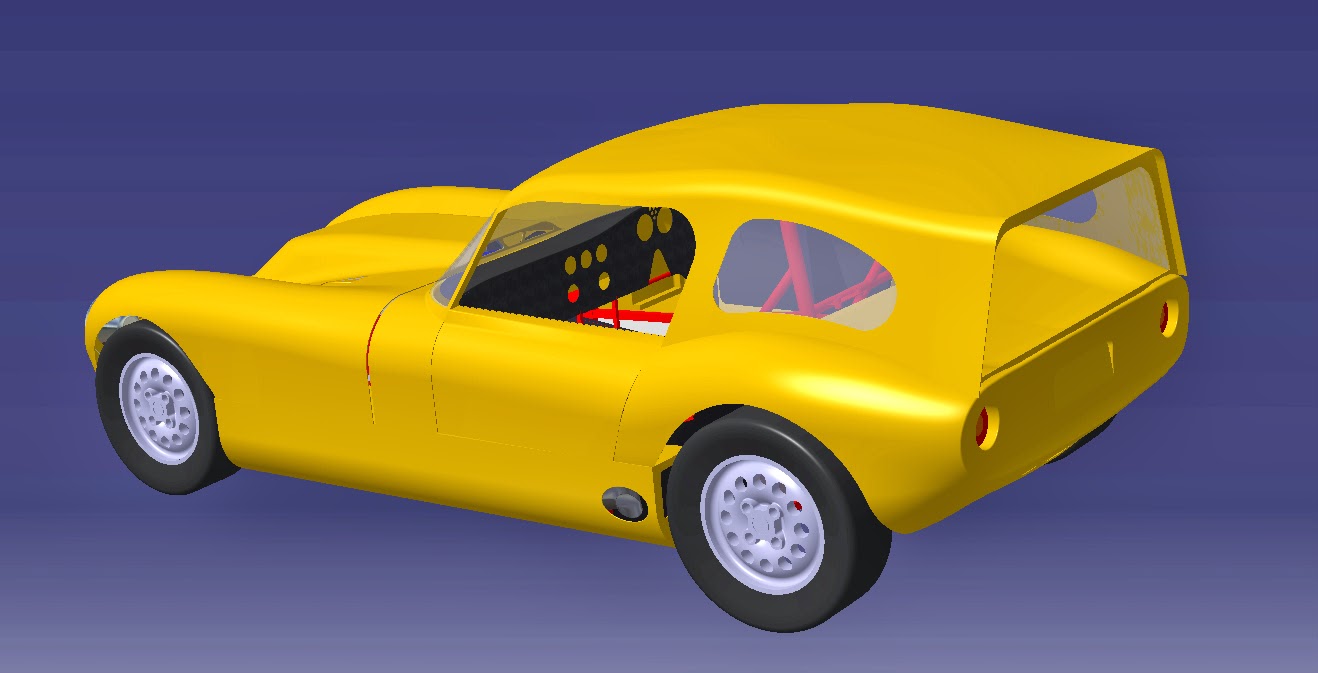 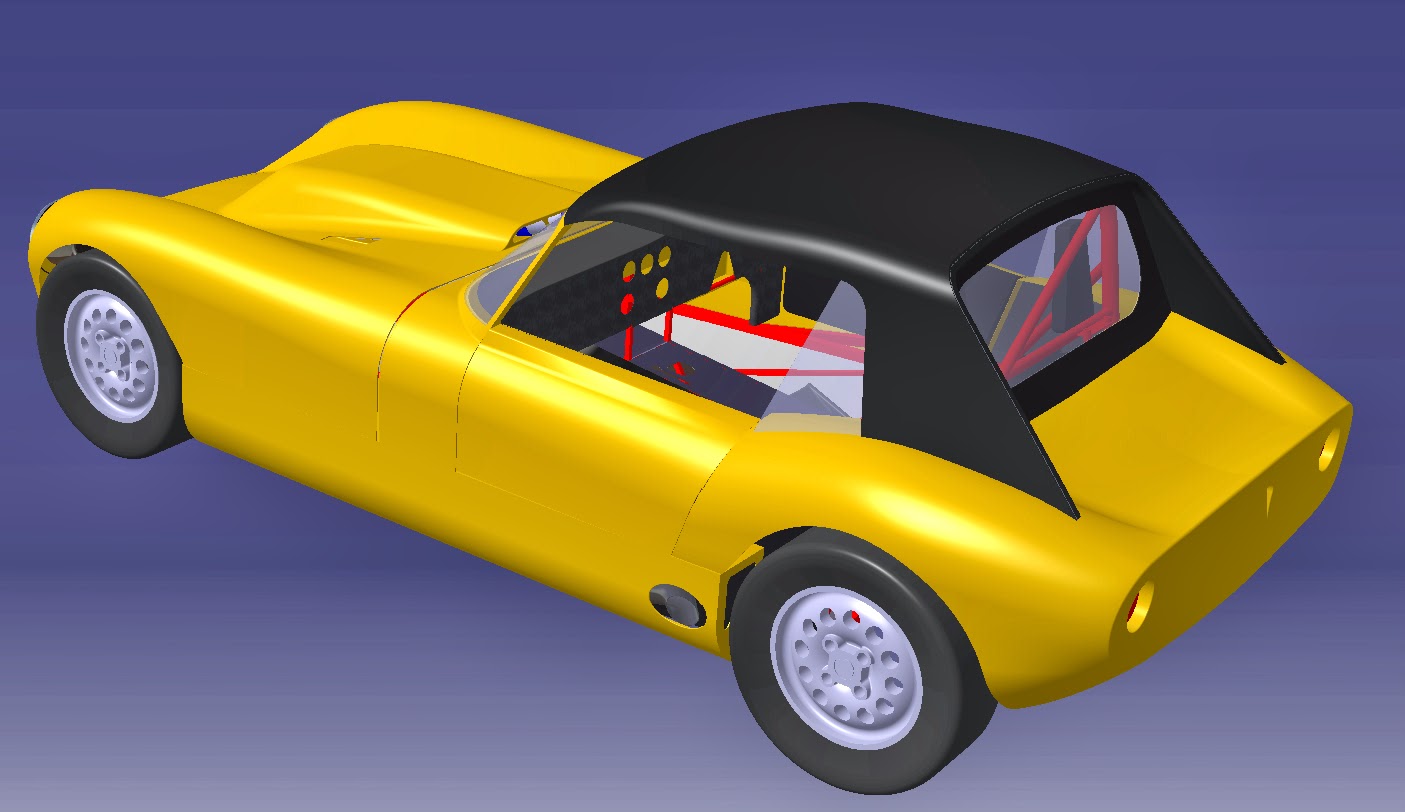 ......... then a ‘70s looking attempt with an inset rear window & buttresses each side not unlike the original Mini based GTM.
Again it worked in a sort-of way, but I think I may now have cracked it. 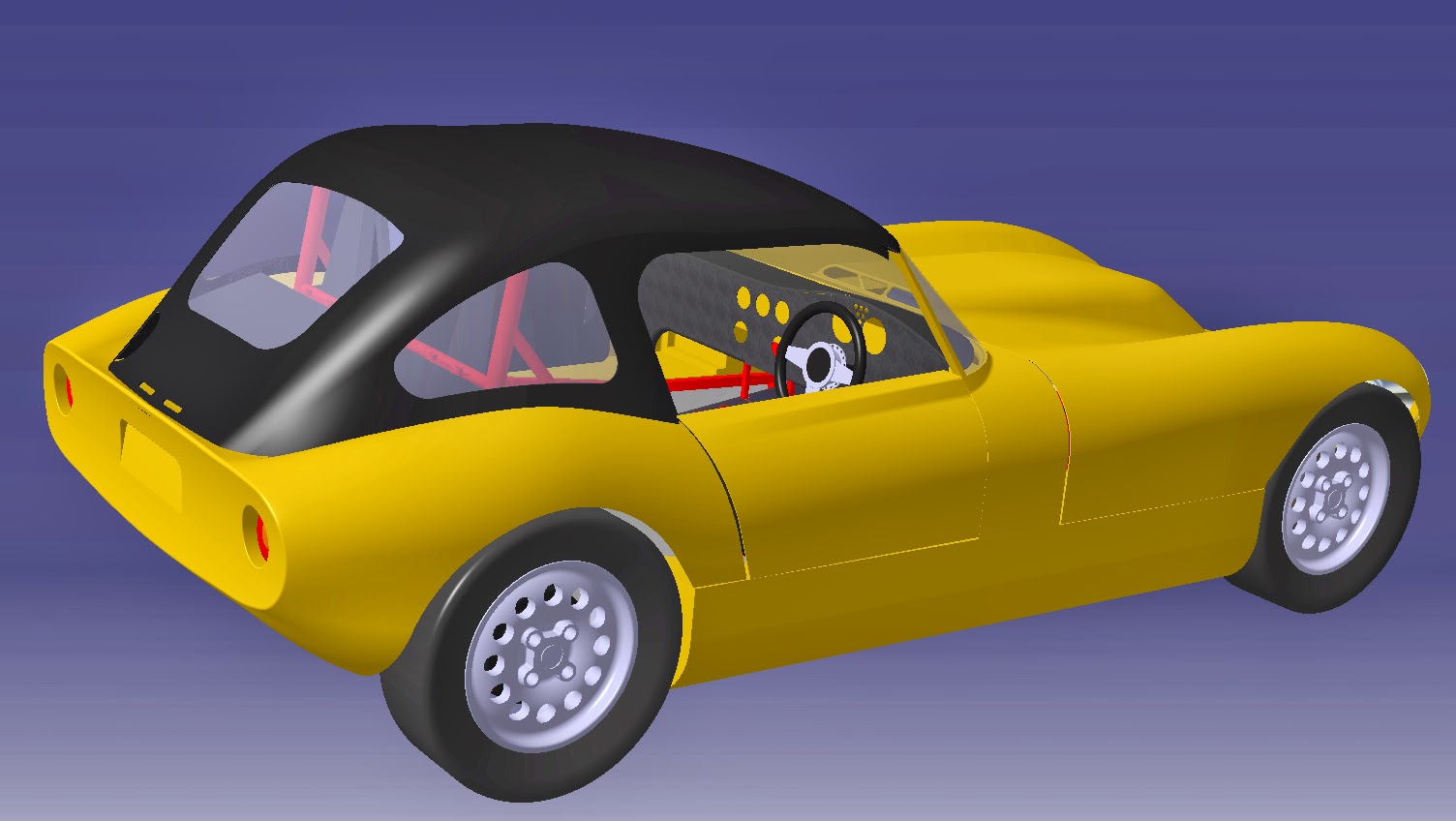 If I was going to pay money for a hard top (which I’m not) I’d want something that gave me something the fury doesn’t currently have, so it would have to be pretty water tight & offer some additional practicality. 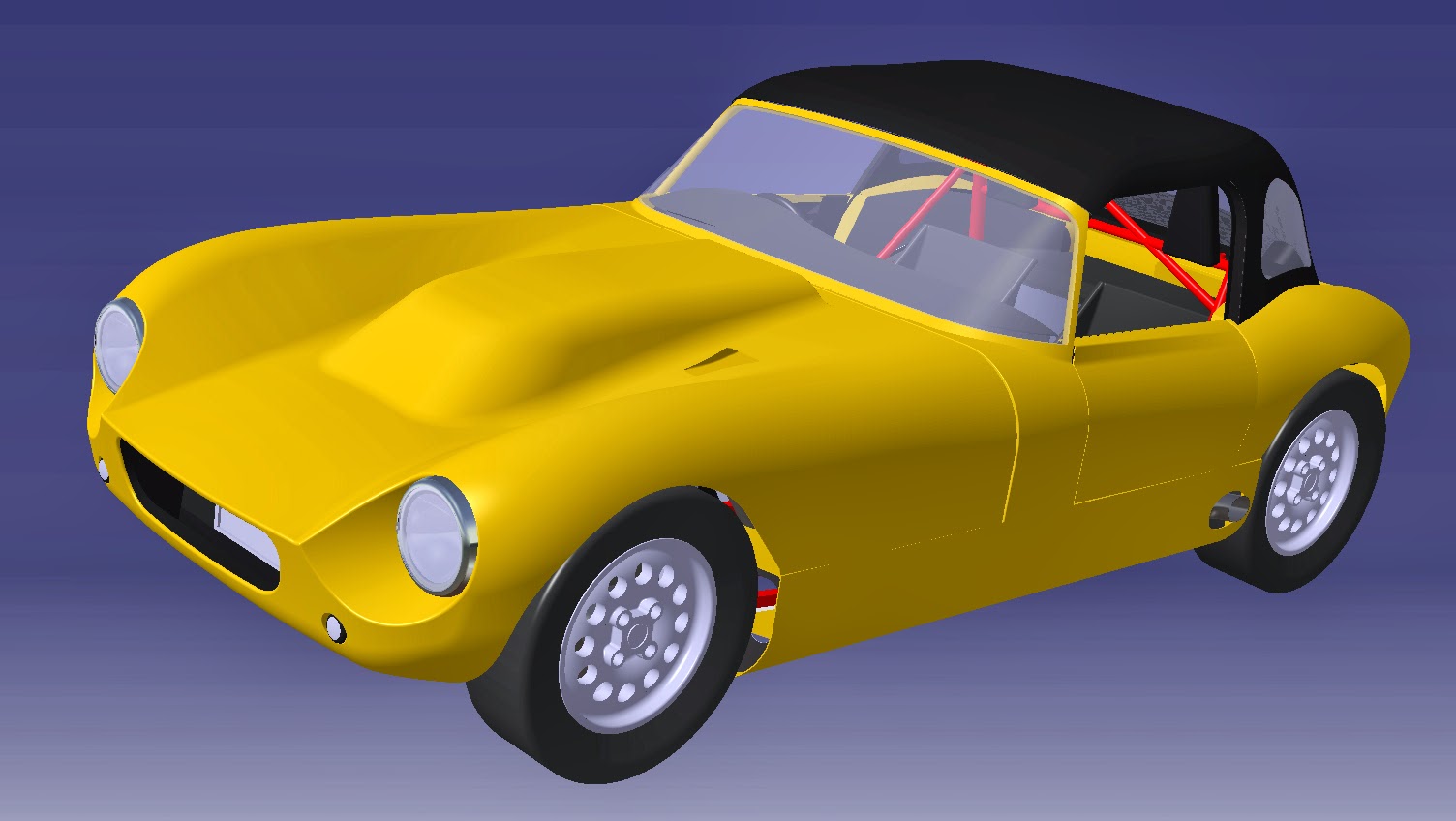 What I’ve ended up with is e-type (OK - Mini Marcos) inspired in its window layout – you’ll have to imagine a side hinged hatch, as I’ve not drawn one. 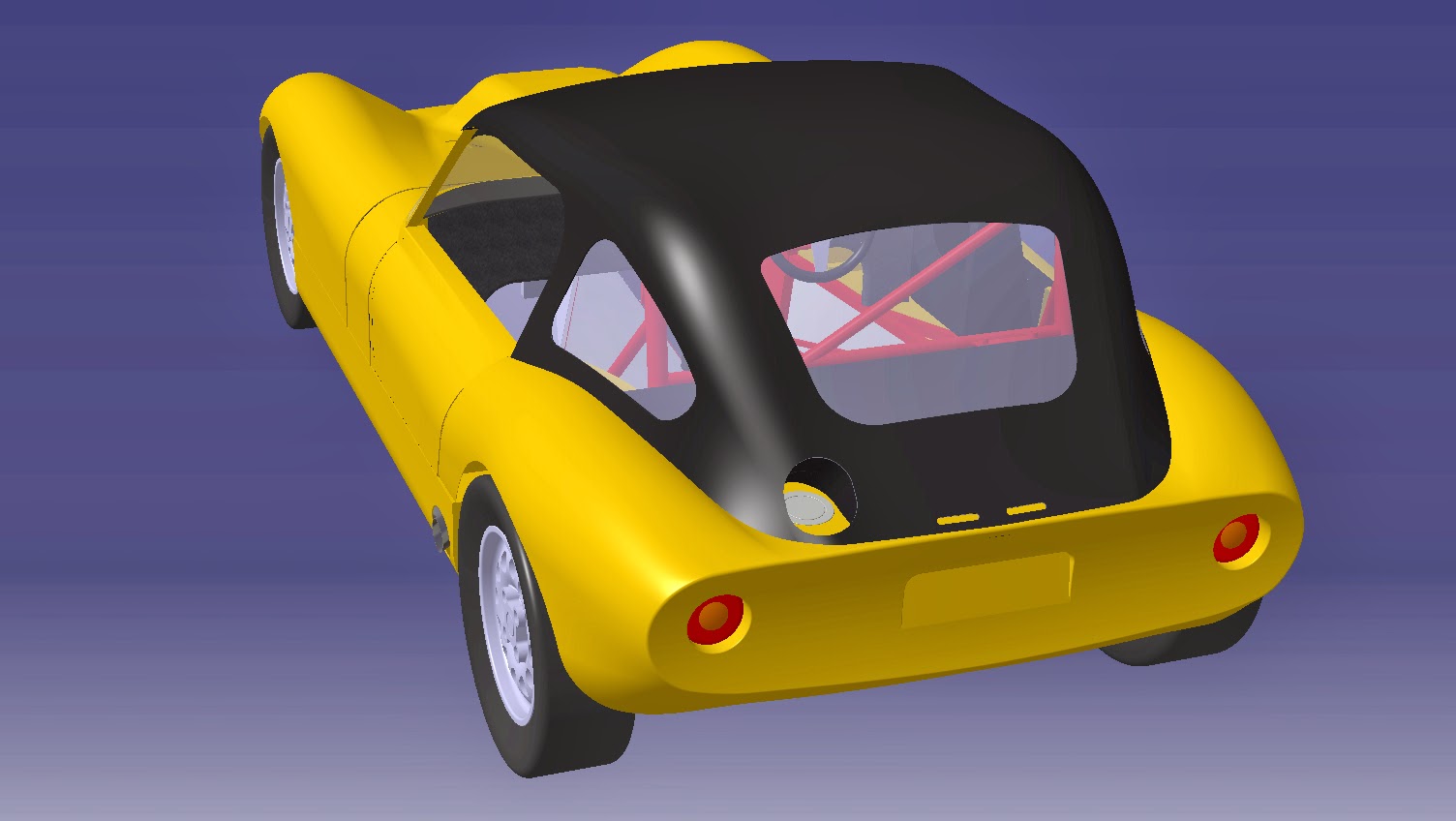 The first issue is of course getting in & out, so the top would also need gull-wing panels & I’ve assumed the side screens would be hinged to the screen pillars as mine currently are so they’d open to a small extent to provide a degree of ventilation. Next problem was re-fuelling, as the tail of the hard top covered the filler cap. The solution is .......... not subtle, but does look rather “’60s lemans Racer”ish as the hard top is cut-away round the filler, a hinged flap could be fitted, but I quite like it open. 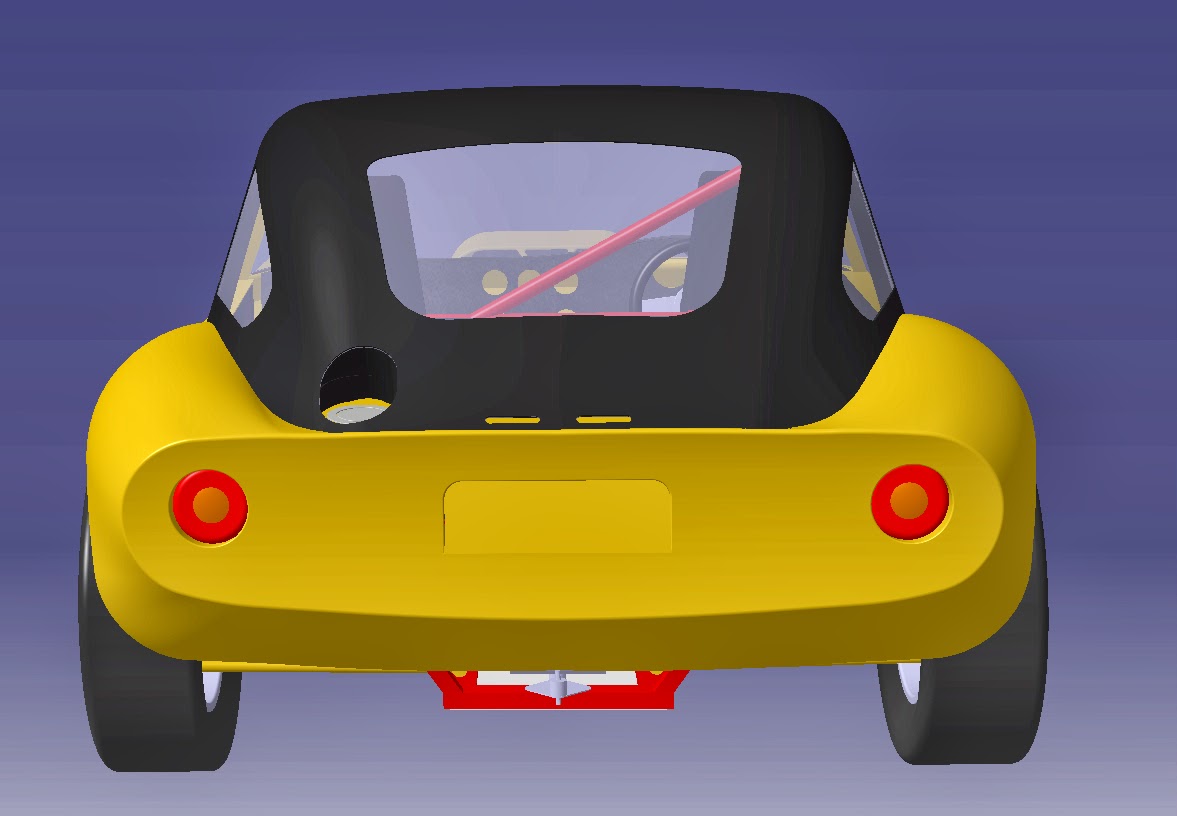 Of course the biggest problems are sealing the top against the Fury’s lithe shape & protecting the rear deck from anything carried in the back & sliding about, the former being particularly tricky as wherever the top touches the rear deck, there’s a slope towards the middle of the car. Stopping this leaking would be near impossible. Here I felt I had a stroke of genius, the hard top has a load floor built in which both protects the rear deck from being damaged by sliding stuff, & means that the weather seal is immediately behind the roll bar where the deck is quite flat. The rest of the periphery can be trimmed to – say – ¼” from the body & I’ve put a couple of venting slots right at the back below the load floor so air is drawn out, venting & drying any water that gets between the deck & the load floor, this arrangement also means the fuel filler is very much outside the car, so fumes are not a problem.
So there you go. Will it get made – of course not, I just enjoy the problem solving. 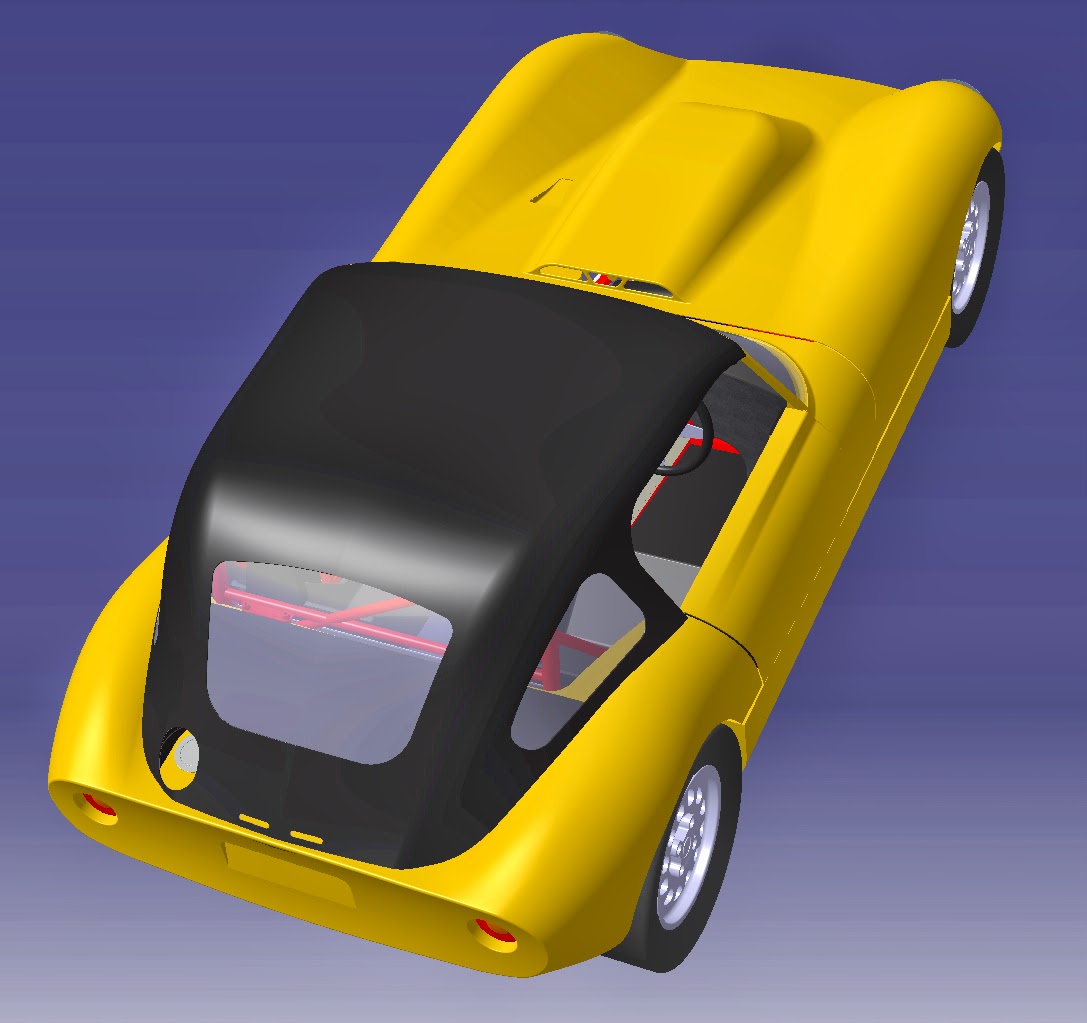