What A Week That Was 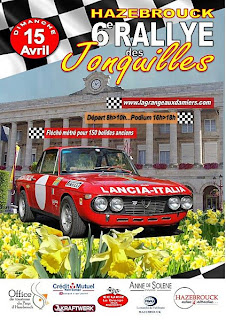 No sooner had I got back from Detling (OK, about 36 hours after I got back from Detling) I got a text from Mr Mango http://www.mangofury.co.uk/. He'd had the unfortunate news that his car wouldn't be back from the menders in time for him to take up his place on the Rallye Des Jonquilles (Dafodill Rally), so, would I care to take my Fury & he'd navigate. A little research into what the family had planned & what I'd need suggested it was possible, but there was a problem. I'd finished the cold air duct for the bonnet & it was "attached" by a goodly blob of araldite, 2 planks & several clamps. It couldn't be removed, So I had to go on. I glassed it to the underside of the bonnet & for once got the mix about right & decided to leave it there as it was secure & the car was drivable. I got on with other jobs - finding enough bulbs to make a plausible bulb kit, loading the sub-boot with warning triangle, tools etc, but I kept going back to do "just a little more" to the intake. 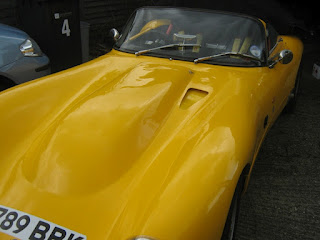 I even re-designed the duct bracket to be made from two pieces instead of one, Then I found myself making up those peices, then, well, I may as well fit them & as the bracket's there I may as well cut & fit the duct.

Then this PM when I should've been doing a nut & bolt check I finished it off. So it's finished. the last of the Zetec mod it done. Over.

Now, where was that passport??
Posted by BlatterBeast at 21:36