The Rogue Runners partake in two road trips each year, a long one & a short one. September is the time for the short one - generally around Wales. I've mentioned the pre-tour a couple of posts ago & as I'm now back home, this post sets the scene for both halves of the Autumn Adventure.

It started off wet & miserable, but improved with each day until it achieved the full measure of EPICness  associated with these things. There was a thought before we left that HMQ's funeral might scupper at least one day, but with a little forward planning we were fine - I wouldn't want to be disrespectful to HMQ, I want to be disrespectful to the media who managed to fill 10 days with meaningless drivel. I understand it's the changing of a head of state & the passing of a fantastically devoted leader, but I really didn't need the entire 6 hour convoy from Balmoral to Edinburgh televised from a helicopter. Above all things it's a funeral for a mother / grandmother / aunt etc. There should be private moments. 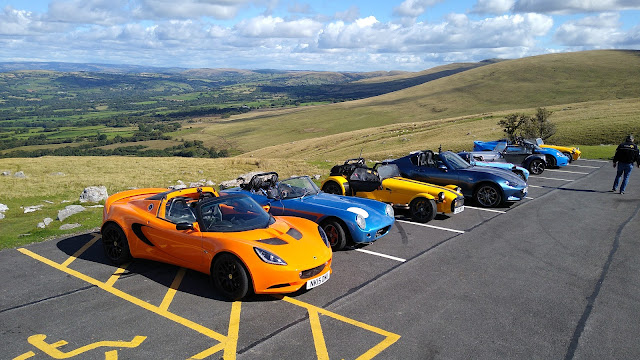