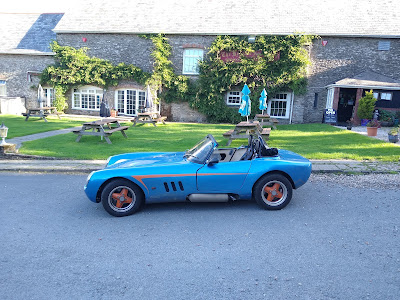 I woke up at about 5:00, but breakfast wasn’t until 8:30, so I dozed, but having packed up the car & taken off the roof & side windows – because it was DRY, I headed out straight onto the hairpins on a A39. A good start to the day. I've decided that a steep uphill hairpin taken in a high-powered rear wheel drive car is a thing of beauty.

I then followed the route along a left fork & my eye caught a sign saying “private road” & “scenic”, but most importantly - “toll”. I backed up & the toll was £3, so I carried on on what I guess is the original route of the A39. It had good hairpins & was in one or two places scenic. 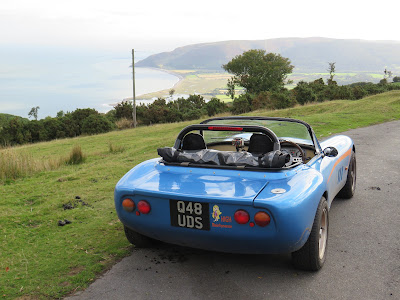 Paying the toll was a challenge as gaining access to one’s trouser pockets while strapped in is not easily accomplished.

Next on the agenda was Porlock Weir where I had intended staying, but the hotel was full. The hamlet was a bit of a disappointment, pretty, but not much going on, so I headed out along some stunning roads, good surfaces, overtaking opportunities, hair pins, flowing corners, proper speed limits. It was joy on wheels.

Eventually I pulled into quite a posh place for coffee & cake before deciding to delete way-points & head direct for the helicopter museum, which was OK, but had way too much stuff crammed in, so photography wasn’t really possible. Also it was kind of sad, all the projects that were undertaken in the ‘50s & ‘60s, all those teams, all those companies, all gone. 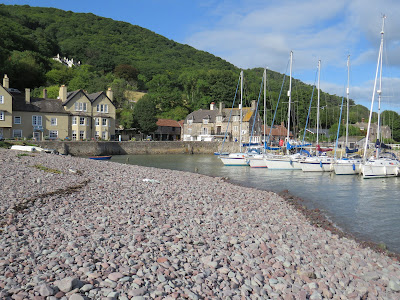 by now I was getting messages that the other rogues were arriving at the hotel, I pruned the route right back & arrived after almost everyone else. But a very good day’s blatting had been had. 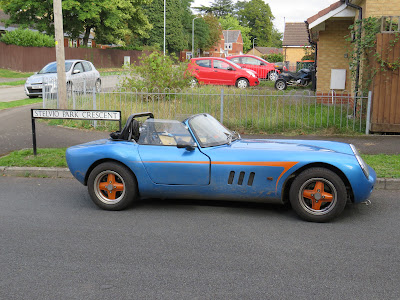 But there was just one more thing to do. As the Euro Blatt folk in the SKCC do the Stelvio pass (which looks EPIC) each year I had to stop here for a photo.