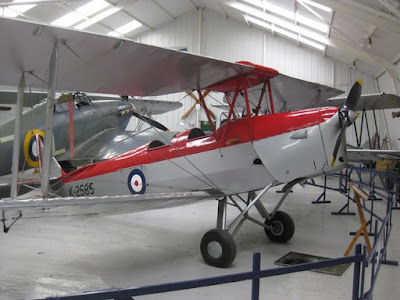 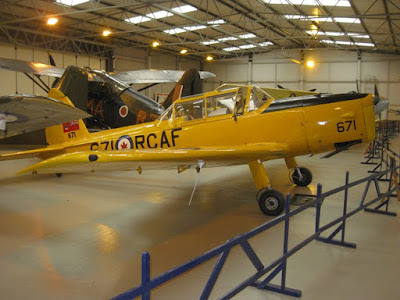 As with the Hart / Hurricane, so also with the DeHavilland Tigermoth & Chipmunk, aircraft of different generation & configurations but with a strong family resemblance 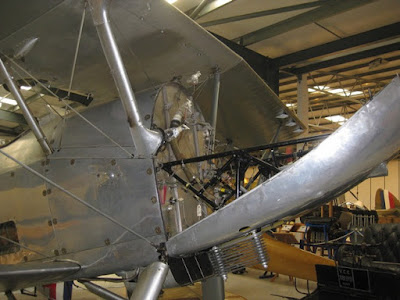 This is another of Camm's Hart series, an Audax, built for the same role as the Lysander we'll come to later. In (I think) the eighties a load of these were discovered in restorable condition in Afghanistan, it took a lot of delicate negotiations to get them out - this may well be one of them
﻿﻿﻿﻿ 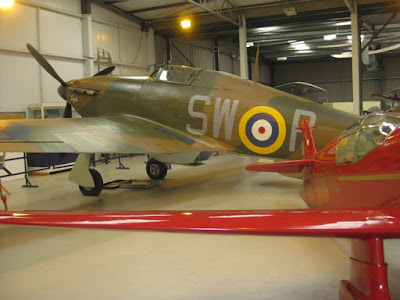 .. And another Hurricane. The "Battle of Britain" film was supposed to feature the historically correct Hurricane, but in the world there were only two flying, now there are many, two flyable ones at Shuttleworth alone. 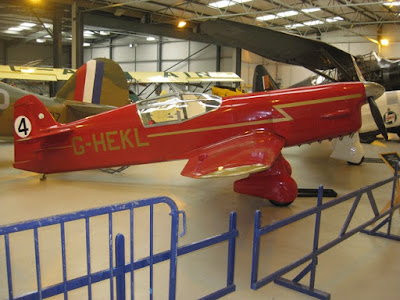 There are several oddities & rarities at Old Warden, this is a Percival Mew Gull, a racing plane. There are several racers here, as we go through them you'll come to realise that the pilot seeing where he was going was very much seen as optional. 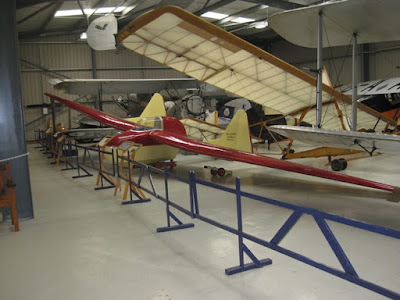 Not the oddest plane here, that would be the Mignet "Flying Flea". No you're not just looking at the front, that's all there is. The red bit is the wing & a sort of "pod" for the pilot, the fins & rudders are the yellowish bits either side of the pod. It's not a true "flying wing", but it's close, Oh * it's a glider - so no engine. Oddness. 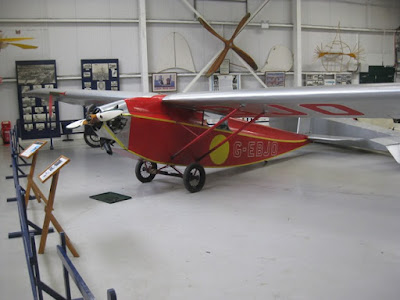 The Comper Swift, Remember what I was saying about the pilot seeing where he was going? 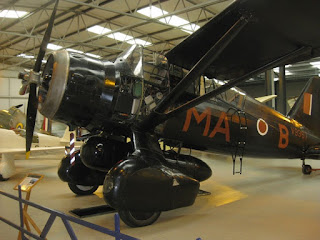 Sort of strange & sort of not, The Westland Lysander made a lot of sense & did a lot of good work, just not in the role it was designed for.

It was meant to potter around the battlefield letting the generals know how terribly well the battle was going & guiding artillery. Trouble was Johnny Foreigner would insist on shooting at them - rotters.

For a while it was used in off-shore patrol - away from enemy fighters, then it was used to drop dinghies to downed airmen.

The Lysander was all about going slowly & in a decent wind could actually hover, this ability led to the role it was to become famous for - dropping & picking up spies & agents in occupied territory, hence the black finish & ladder on this one.

There was also a planned "anti-invasion" Lysander, with the rear fuselage replaced by a twin fin & rudder & a four gun turret at the back, The idea was that it would fly along beaches being stormed by the enemy & machine-gun them with the turret. So you have four guns to shoot down with while the enemy has several thousand to shoot up with - is that going to end well? 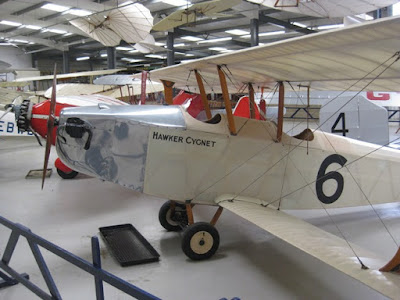 Yet another Camm design, the Hawker Cygnet was his first for the Co. & the only civil aircraft. Designed for a competition it had 36 BHP & a top speed of 60 mph - about the same as a 100e Anglia of the late '50s then. 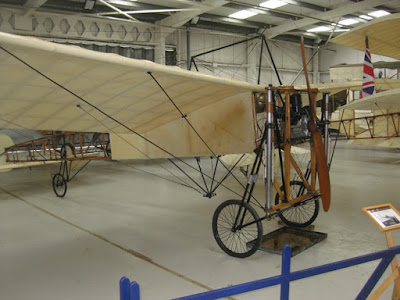 1910 Bleriot Monoplane - an original. Think about that for just a moment. This plane & it's engine were made 110 years ago & it's still airworthy. Its the same type as the first plane to cross the channel. It is THE oldest airworthy plane there is, made just 7 years after the wright brothers first flight. Still flying. 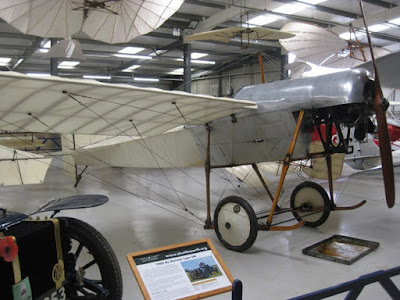 Another record holder, this Blackburn Monoplane is the oldest airworthy British aircraft -1912 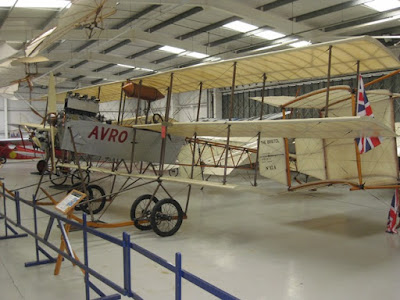 This AVRO (a contraction of the name of it's designer / builder - Alliot Verdun Roe), Triplane is a replica built for the film "Those Magnificent Men In Their Flying Machines" the film was made in 1965, making this plane 55 years old
Posted by BlatterBeast at 22:55